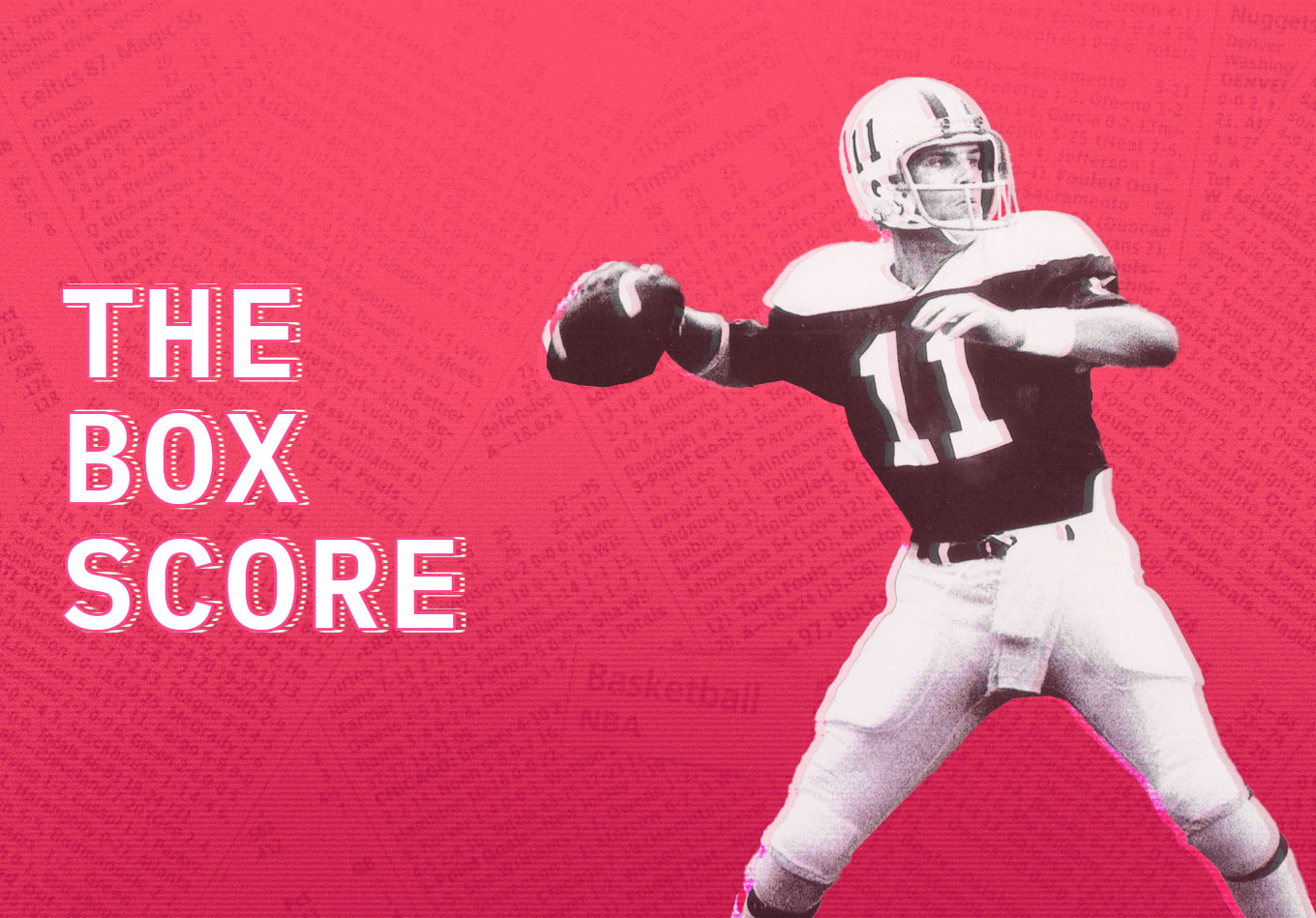 Portland State, Lomax Weren’t Quiet as a Mouse When They Roared For 105 Points

On the night Portland State rang up 105 points for the single-game record by an NCAA Division I FCS team, tight end Clint Didier and the rest of the Vikings offense were astonished the first time they approached the line of scrimmage.

“Delaware State played a press defense the whole game,” Didier remembers, “so all we had to do was get by them and we were gone. It was just not a good defense for a Run ‘N’ Shoot.”

Yet the dominating work of coach Darrel “Mouse” Davis, quarterback Neil Lomax and the innovative Run ‘N’ Shoot offense peaked against Delaware State on a rainy Saturday night at Portland’s Civic Stadium. Those waking up to the score the next morning nearly 3,000 miles away in Dover, Delaware, may have thought they were in the middle of a dream.

More a nightmare, of course, although the final score could have been a lot worse.

In 1980, FCS football was in its third year of existence, known as Division I-AA, and Portland State’s passing attack was the most potent in the nation. Davis had developed the Run ‘N’ Shoot, which was considered the precursor to spread offenses, and utilized one back, four receivers and a lot of movement to keep defenses dizzy.

The Vikings basically felt unstoppable as if they were setting a Mousetrap for opponents. They led the FCS in total offense in each of the first three FCS seasons and were in the midst of being No. 1 in scoring offense for the second consecutive season, averaging 49.2 points while going 8-3 in what was Davis’ last of a six-year run at Portland State – then an independent, now a Big Sky Conference member.

Davis devised his offensive scheme while coaching on the high school level and brought it to prominence with quarterback June Jones directing the Portland State offense prior to Lomax and later with such quarterbacks as Jim Kelly (Houston Gamblers in the USFL) and Warren Moon (Houston Oilers) as well as Timmy Chang and Colt Brennan at the University of Hawaii.

Lomax was nearing the end of a college career in which he passed for 13,220 yards and 106 touchdowns and set over 90 NCAA records (many have since been broken), earning induction in the College Football Hall of Fame in 1996. Less than six months after the Delaware State demolishing, the St. Louis Cardinals selected the 6-foot-3 quarterback in the second round of the 1981 NFL Draft, and he went on to make over 100 starts with two Pro Bowl appearances for the franchise in an eight-year career.

Delaware State, an HBCU out of the Mid-Eastern Athletic Conference, was on the way to a 2-9 final record and had been shut out in each of its two previous games, but the Hornets weren’t as overmatched as they were in their only all-time meeting with Portland State. A crowd of 4,772 would attest that night.

The visitors proved to be a fumble machine and Portland State a study in offensive efficiency. The Hornets hardly knew what was to come when Lomax connected with wide receiver Kenny Johnson for a 12-yard touchdown pass just 1:21 into the first quarter. Lomax then found Dave Simantel for a 44-yard score less than two minutes later. Then Johnson again. Then Simantel again. Then …

Incredibly, Lomax threw seven touchdowns in the quarter, and Portland State built a 49-0 lead despite possessing the ball for under four minutes and running just 20 offensive plays. The point total remains an FCS record for one quarter, and Lomax’s seven TD tosses don’t just remain the all-time record for a quarter, but also for one half, although Presbyterian’s Ren Hefley matched that total in the first half of a 2021 game against an NAIA-level opponent, St. Andrews.

“Obviously they (Delaware State) weren’t prepared,” Davis said afterward. “I still say they have a lot of talented football players, and I was betting the talent would make it closer.

“But I’ll tell you this. We’re going to go out there and play. I don’t teach kids to lay down.”

After Portland State freely subbed in second- and third-team offensive players in the second quarter and extended its lead to 63-0 by halftime, it opened the second half with the starters back on the field, and the onslaught was back on.

In addition to Lomax’s exploits – incredibly, his eight TD passes are no longer the school’s single-game record – Delaware State’s fumbles defined the game. The Hornets dropped the ball 16 times to set an FCS record, and they lost six of the fumbles. Five led to Vikings’ TDs, including Mark Peterson’s recovery in the Hornets’ end zone to push the lead to 91-0 with 3:18 left in the third.

Lomax was out of the game for good before Portland State upped the score to 98-0 late in the third. His backup, Lloyd LaFrance, who passed for a TD in the second quarter, then took the lead to triple digits with a 14-yard scoring pass to Jeff Rudolph at the 9:01 mark of the fourth. John Kinchelon came on to remain perfect with his 15th extra point – FCS single-game records for attempts and conversions – to complete the scoring 105-0.

“Mouse Davis is a great man, he’s a humble man. There’s no way he wanted that score to get up to 105,” said Didier, who won two Super Bowls as a Washington Redskins tight end.

“How do you tell your other (backup) teammates who are trying to impress the coach for down the road, the next year to be a starter, not to do your best?”

Totaling Up the Damage

Portland State’s 451 offensive yards hardly reflected its point total, but the Vikings possessed the ball for only 21:37. Lomax completed 16 of 28 passes for 311 yards and eight touchdowns, while LaFrance added 108 yards and two scores through the air. Johnson’s four receptions in the first quarter all went for TDs and he finished with 111 receiving yards, joined above the century mark by Dider with an 8-115-2 line.

When Delaware State wasn’t turning the ball over, it managed only 61 yards on 82 offensive plays. The yardage allowed set a Portland State defensive record, and it still ranks as the second-lowest total in program history. Fred Nordgren became the first Viking to record four sacks in a game, filling the box score with 11 total tackles, six tackles for loss and three fumble recoveries.

A week later – go figure – Delaware State won on its Homecoming Day, 20-14 over then-NAIA member Central State. But on the night of Nov. 8, 1980, the Hornets were no match when Mouse Davis’ offense roared at Portland State, capable of naming any score it wanted before settling on what’s still the highest point total by an FCS team.