No April Fools: 2022 NFL Mock Draft That is FCS-Only | The Analyst 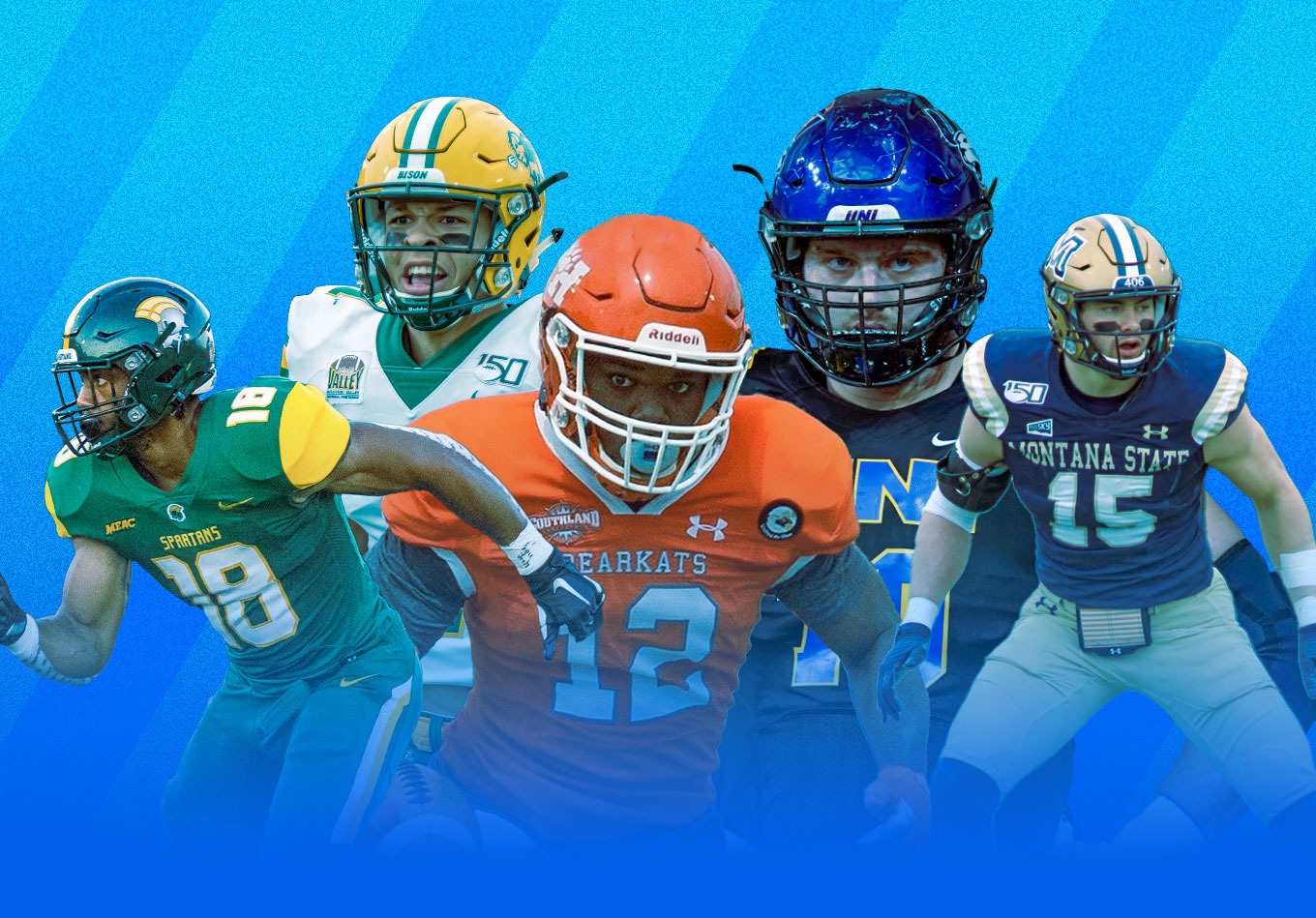 No April Fools: If Only FCS Players Were Taken in the 2022 NFL Draft

It doesn’t take a scolding by Deion Sanders for NFL teams to know they should be gobbling up FCS players in the NFL Draft.

There’s always plenty to go around: About 200 players from the Division I subdivision have been on NFL active rosters and practice squads in recent seasons.

So imagine if NFL teams could draft only FCS players – we always do – they would fill seven rounds and beyond.

If that happened, here’s what you would see in the first round the night of April 28 (and, yes, FCS grad transfers to FBS programs are welcome):

No, Christian, you’re not in Fargo anymore.

In Houston, helmets with an old-school crossbar face mask start flying off the shelf.

Contractually obligated to boo at the draft, Jets fans express their disappointment when the pick isn’t local favorite Nick Zakelj of Fordham.

Superman wishes he had as many skills as Andersen.

No vertically challenged running back or cornerback will want to stand next to the 6-8 Waletzko in the team photo.

Sensing league-wide interest in the No. 7 pick, the Falcons move up one spot by flip-flopping later picks with the Giants, and draft an aptly named home run hitter.

The hard-working 2020 FCS national champion does more grinding than a Seattle coffeehouse.

If the Giants are trading, so, too, are the Jets. The Ravens give them former Delaware tight end Nick Boyle to move up four spots to get every opposing quarterback’s not-so-favorite, 6-5, 321-pound Valentine.

Pit bulls are known for their brains and brawn, which kind of sums up the playing style of Bell, a proud owner of three of them.

Given what Zappe has done against FBS opponents – even long before he set the FBS single-season record for passing yards – the Texans quickly place a call to the NFL schedule-maker.

The edge rusher’s initials represent a missing element of the Jets’ 2021 season.

This burner’s ability to stretch the field is a match for the “Fly, Eagles, Fly” fight song.

Hey, buddy, can you spare a nickel (back) and dime (defense)?

If you break a Randy Moss record in the FCS (receiving yards in a playoff game), you go in the first round.

Even bigger than Big Ben.

One year after signing Cooper Kupp’s former college teammate Kendrick Bourne, Bill Belichick goes with a receiver who compiled a Kupp-like receiving Triple Crown in his only FBS season.

It just wasn’t fair to the opposition when Carter (6-3, 311) averaged a double-double for a Louisiana high school state championship basketball team.

More Blue Hens’ strut: Faced without a selection before No. 86 in the third round, the Raiders panic, er, trade that pick and newly signed defensive tackle Bilal Nichols from Delaware to dip into the deep wide receiver class.

A powder blue jersey at ‘Nova already looked good on the 2021 Division I leader in passes defended.

For when Tom Brady retires again in five years.

Did Aaron Rodgers leave anything in the budget? Show Rod the money!

The workout wonder, whose 34 bench reps on his pro day were more than anybody at the NFL Combine, would serve as Patrick Mahomes’ bodyguard if the Chiefs line him up at fullback.

Already the coolest name in the NFL.

So many career 100-yard games, an emoji was created in his honor.

On to Round 2. The Jaguars are on the clock …