NCAA Final Four Predictions: Will Coach K Get a Shot at His Storybook Ending? | The Analyst 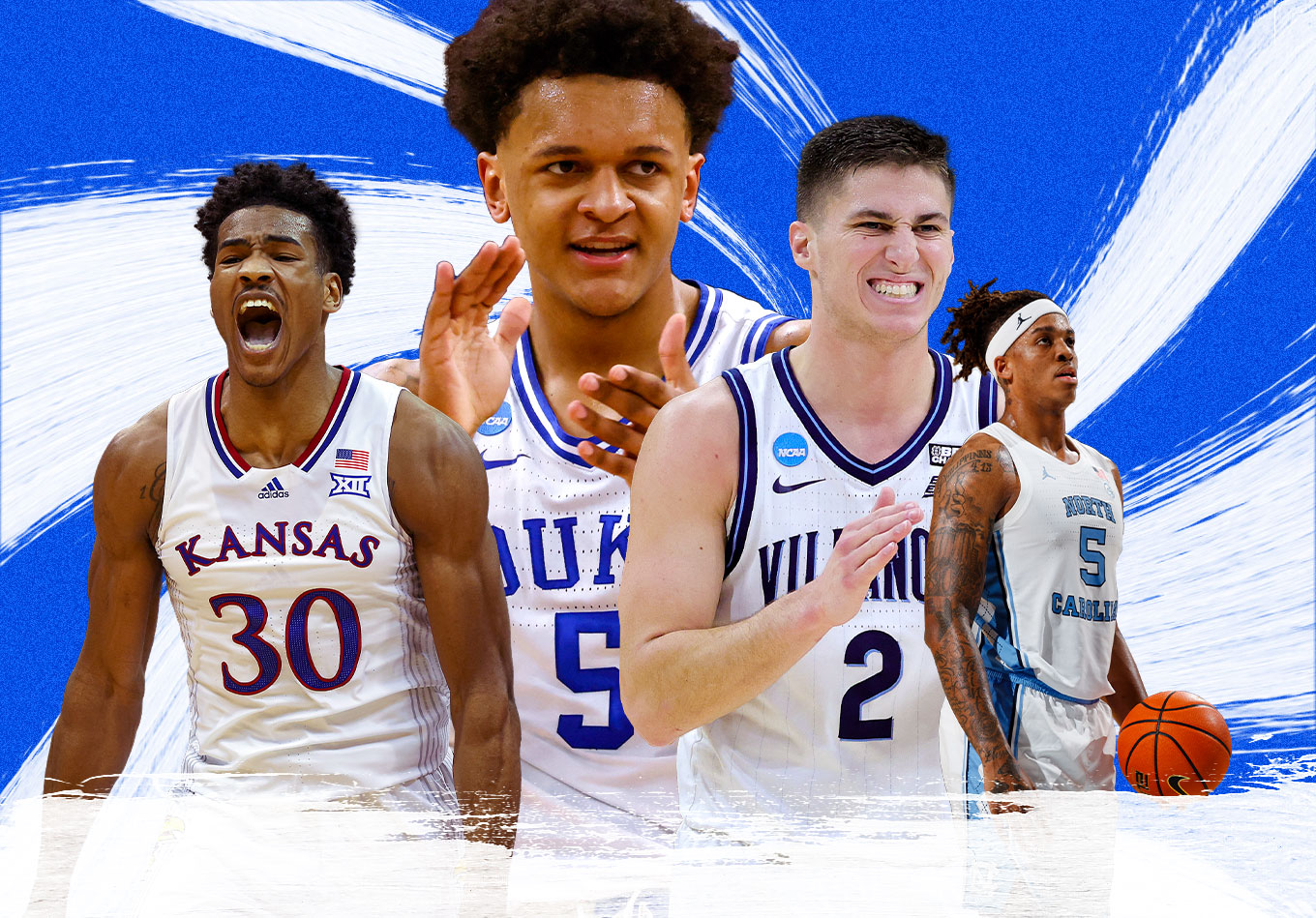 We get four of the most storied programs in college basketball history in the Final Four.

And on top of that, in case you hadn’t heard, Duke and North Carolina will meet in the NCAA Tournament for the first time.

Throughout the tournament, we’ve been previewing each round using TRACR (Team Rating Adjusted for Conference and Roster), our net efficiency metric that evaluates how well teams perform based on whom they play.

I spoke with Evan Boyd, the model’s creator, to break down the national semifinals.

NOTE: This projection was done on Friday. For the most recent projection, check out our interactive bracket here.

EF: Talk about a dream Final Four matchup. North Carolina upset both No. 1 Baylor and No. 4 UCLA on its way to the Elite Eight, before dominating the underdog Saint Peter’s Peacocks. The Tar Heels beat Duke in Coach K’s final game at Cameron Indoor Stadium. All of this to say, can they do it again?

EB: The script could not be any better. Duke should be the favorite and TRACR has it with about a 58% chance at beating North Carolina. The Tar Heels, however, have played great basketball in the tourney and even leading up to March Madness. They had a 13-point win against Duke for Coach K’s last game at Cameron Indoor. Sure, they played in the only 8-15 matchup in NCAA Tournament history, but if St. Peter’s was that easy to beat, then either Kentucky, Murray State or Purdue should have put the Peacocks away. You have a first-year coach in Hubert Davis going against the legend himself (and there might be bad blood there after the last game). This will be one of the best Final Four games in history.

EF: Duke was not favored against Texas Tech, but gutted out a victory. The Blue Devils avoided facing Gonzaga in the Elite Eight. Now, they face the worst remaining team in the tournament. How does TRACR evaluate Duke heading into New Orleans?

EB: The West Region was stacked. Texas Tech deserved a No. 2 seed, per TRACR, and Arkansas was a solid fourth seed. Entering the tournament, TRACR had Gonzaga as the best team in Division I. Ergo, Duke had the hardest route to get here, even if the Blue Devils did not play Gonzaga. That means either one of two things: Either Duke is better than we think and will steamroll its next two opponents or it doesn’t have much left in the tank after multiple close and challenging games. I think Duke can get past North Carolina since the Tar Heels are the worst seed left in the tournament (TRACR agrees), but it will be quite difficult for the Blue Devils to beat either Kansas or Villanova. Coach K’s dream ending will come up just a bit short.

Ethan Fore: Let’s start with the Wildcats. TRACR did not favor them against Houston in the Elite Eight, but they won anyway. However, they lost Justin Moore for the year to an Achilles tear. Does the season-ending injury to Moore impact Villanova’s chances at all?

Evan Boyd: Let’s first talk about that matchup and Villanova lately. Houston has always been a TRACR favorite. The Cougars were one of the most underrated teams entering the tournament, especially since they were given a No. 5 seed. That being said, props to Villanova. After a sluggish start against top teams to begin the season, the Wildcats have played some great basketball lately. They held Houston to 1-of-20 shooting from 3-point range in the Elite Eight and over their last five games, opponents have shot 18.3% from beyond the arc. It’s the defense that has stepped up and they’re now a top team in defensive TRACR (currently 11th).

Yes, losing Moore obviously hurts. The second leading scorer on the team averaged 13.0 in Villanova’s four tournament games while going 10 of 23 (.435) from beyond the arc. That being said, this is not new territory for the Wildcats. Recall last year that they lost Collin Gillespie for the NCAA Tournament and still made it to the Sweet 16 before losing to eventual champion Baylor. They still have Gillespie, and while he will need to take an even larger role to beat Kansas, I would not rule out Villanova simply because of Moore’s injury.

EF: Shifting over to the Jayhawks, they were heavily favored to reach the Final Four out of the Midwest Region ahead of the Sweet 16, and they did just that. With no other remaining No. 1 seeds, is Kansas the favorite to cut down the nets as things stand now?

EB: Yes, the Jayhawks had an easy run with Miami in the Elite Eight, as well as Providence, whom TRACR liked but did not love throughout the season (currently 31st). In the second half of that Miami game, however, no team could have beaten Kansas. Bill Self’s squad outscored the Hurricanes 47-15. If Kansas plays anywhere close to that level against Villanova, it will be a repeat of Kansas-‘Nova in the 2018 Final Four. Only this time, it will be the Jayhawks who cruise to victory. TRACR includes a recency bias, which is why it has Kansas as the favorite to win it all.

It’s interesting to note that Villanova is slightly favored over Kansas, per TRACR, but Kansas still has the highest chances of winning it all. That’s because TRACR likes Kansas’ style of play over Duke or North Carolina a lot more than if Villanova were to reach the championship game. Kansas is a little more balanced on both ends of the floor, which is why it has a higher win probability in a potential title game appearance. 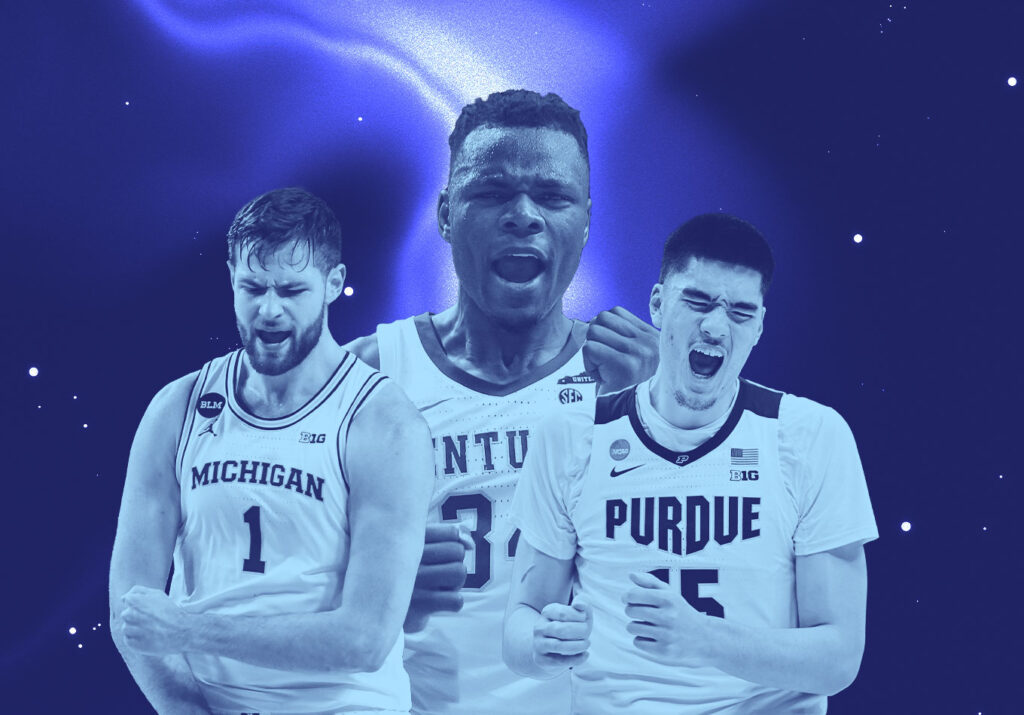