Why Are Two-Goal Leads Still Feared? An Investigation | The Analyst 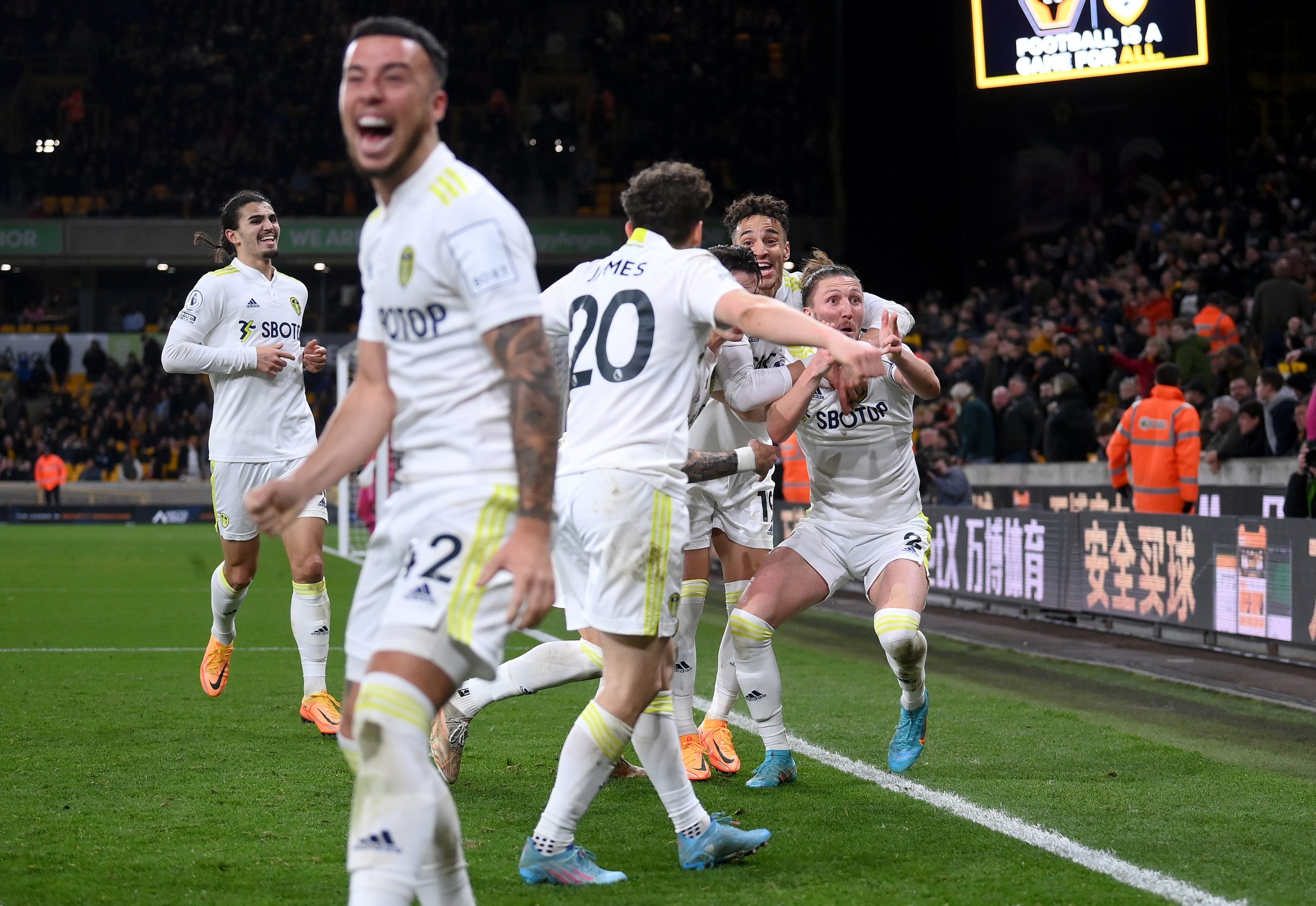 Why Are Two-Goal Leads Still Feared? An Investigation

Luke Ayling’s late winner for Leeds at Wolverhampton Wanderers on Friday night not only eased his club closer to safety but also inflicted Wolves’ first-ever Premier League defeat in a game in which they’d led by two or more goals. Earlier this month, Liverpool manager Jürgen Klopp brought out an age old classic ahead of his team’s Champions League second leg tie with Inter, saying, “2-0 is probably the lead turned over most often in the history of football.” Luckily his team did have a 2-0 lead after the first leg, because they lost the second leg 1-0, but went through due to two being a higher number than one.

So while we all (should) know that 2-0 is not the most dangerous lead in football, and that it is much, much rarer than people think it is – Wolves 2-3 Leeds on Friday was just the 94th time a 2+ goal lead has been turned into a defeat in Premier League history, in nearly 12,000 games – there is a sort of pattern to these games which could explain why two-goal leads feel much more precarious than they are.

Take Wolves themselves, for instance. Earlier this season, they came from 2-0 down away to Aston Villa to win 3-2, the fifth time in Premier League history they had turned a game around from a two-goal deficit while, at that time, never having it had done to them. Any Wolves fans thinking their side was somehow immune from such a collapse themselves could hardly be blamed, particularly as the most recent example of a team turning around a three-goal deficit is… Wolves, at home to Leicester in October 2003.

But Friday night means that Wolves have now had it done to them, although a 5-1 split is one of the nicest differentials by a Premier League club. It will surprise few people that Manchester United are the most dominant team in this regard, their 1990s and 2000s pomp powering them to 12 comeback wins from 2+ goals down overall, and a +11 margin. The only time a team has ever won from two goals down against United in the Premier League was when Leicester defeated them 5-3 in September 2014, a result that gave a haunting glimpse of what Leicester were about to pull off in 18 months time.

The presence of Tottenham in second place in the above table may surprise those who have fully bought into the idea that the club labours uniquely under a cursed flag, one marked ‘Spursy.’ The truth is that a team with Tottenham’s longevity in the Premier League has pretty much experienced it all, as demonstrated by the fact that they have not only won eight games after being 2+ goals behind but also lost eight games after being 2+ goals ahead. Perfectly balanced, which may not describe how Spurs fans felt in the immediate aftermath of their game with Manchester United in September 2001. 3-0 up at half-time and cruising, 5-3 down by the time Jeff Winter blew the final whistle and raging.

And memory is the key to why two goal leads – and what happens when they vanish – occupy more of our thoughts than they should. A look through the history of such games in the Premier League shows a remarkable number of repeat entries in a short space of time. In the competition’s first season in 1992-93 there were four such comeback wins but carried out by only two clubs, the first two by Norwich (against Arsenal on the opening day and Chelsea less than a month later) and then two by Manchester City (against Coventry in November and Blackburn in January). Almost as if turning around a two-goal deficit is rare enough to stick in the psyche of a set of players but commonplace enough that that same group can pull off another heist in the near future.

Other examples like this include Leeds turning around a pair of two-goal deficits in November 1997 (4-3 at Derby, 3-2 at Barnsley). Liverpool doing it twice in 1998-99, Spurs twice in 2000-01, Manchester United twice in 33 days in 2018 and Wolves themselves in less than a month in 2019-20, including a game against reigning champions Manchester City.

There are also plenty of what we might now call a Wolves 2021-22, where a team wins from two goals down and then loses from two goals up, as if the knowledge that a 2-0 lead can indeed be squandered plays on their minds. Poacher turned gamekeeper, or game-loser perhaps. Southampton last season did this by losing 3-2 to Manchester United in November and then powering back to win 3-2 against Burnley in the same fashion. And early Klopp-era Liverpool won 5-4 at Norwich in January 2016 (hashtag broken spectacles) before losing 3-2 at Southampton two months later (hashtag we really should sign Sadio Mané).

The raw truth for both Premier League fans and players is that under 1% of games in the competition will feature a two-goal lead that is turned into a deficit, but with about three or four of them every year it’s just enough of a cadence to keep the fear stoked up, and unlikely dreams alive. If Leeds stay up this season, then thoughts will turn to that memorable night in Wolverhampton, but until the league starts awarding additional points for drama, it’s just another – unlikely – three points in the long march from August to May.