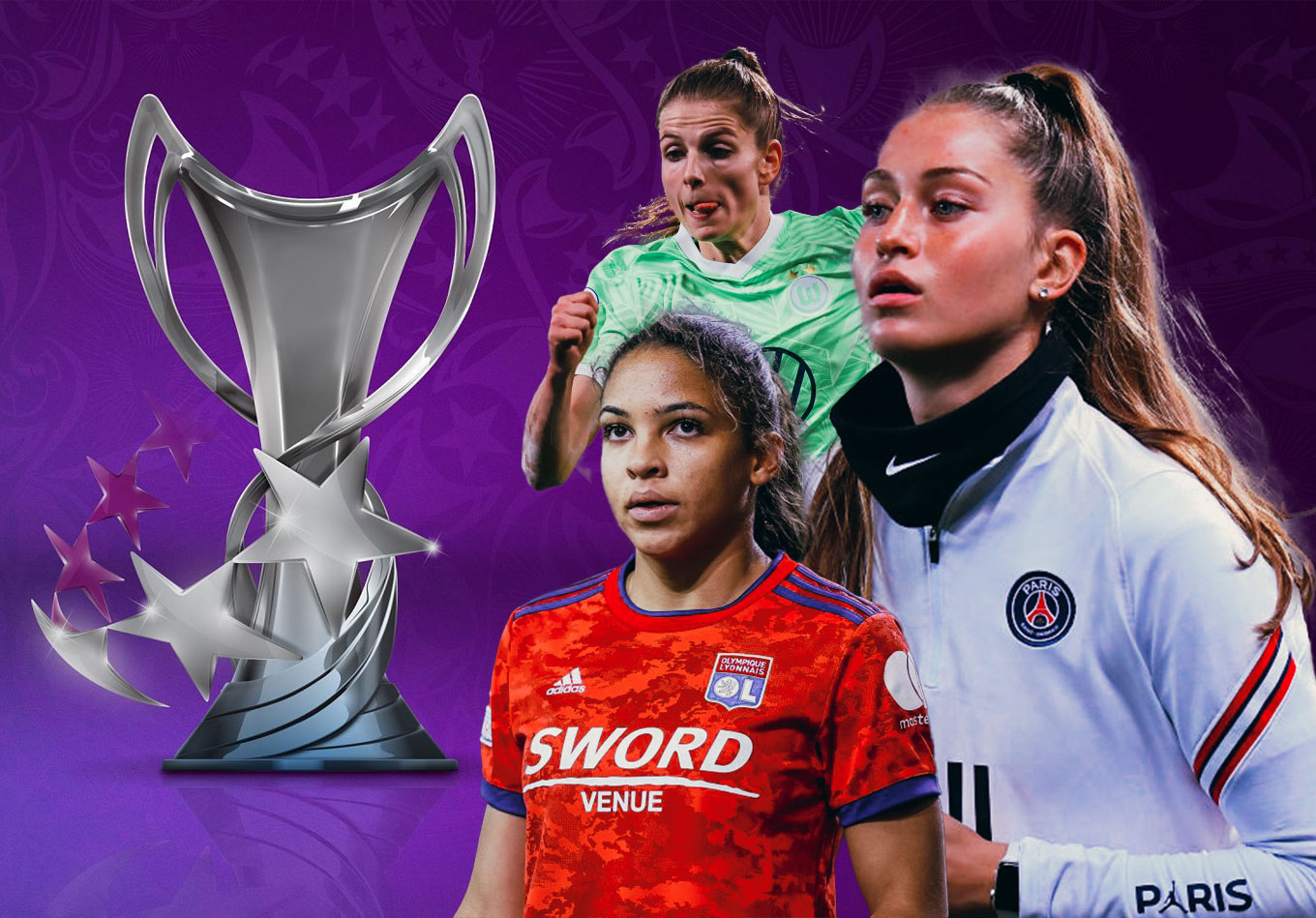 Across the UWCL 2021-22 group stage, several players came to attention due to special qualities in their positions and roles. Of those that have made it through to the quarter finals, we pick out six to watch in the next round.

In Tabea Waßmuth, Wolfsburg have the leading scorer in the UWCL so far this season, with eight goals – already two more than the 2020-21 top scorers achieved, with Jennifer Hermoso and Fran Kirby scoring six each.

None of her eight goals have come from the penalty spot, while the Wolfsburg forward has attempted a competition-high tally of shots (33) and shots on target (15), while posting the highest expected goals total (5.2).

Waßmuth has proved to be a reliable target in the opposition box, with all eight of her goals coming from inside the area – in every case, her only involvement in the goal move was to as the finisher.

On average, she’s attempted a shot from inside the penalty area every 19 minutes – only PSG’s Kandidiatou Diani has done so more regularly (18 mins) – while her total of 55 touches inside the box is bettered by only Barcelona’s Caroline Hansen (58) in 2021-22.

Her partnership with teammate Svenja Huth has been key, with six of her shots being created by Huth – that is a higher tally than any other player via a single teammates’ passes in the UWCL this season.

The only match that she failed to score in during the group stage was on MD4 at home to Juventus, in a 2-0 defeat. Arsenal will be hoping to be just the second team to do this in 2021-22, when the two sides meet in the quarter finals.

Jordyn Huitema is still only 20 years old but is setting the UEFA Women’s Champions League alight this season with her ability.

Despite her young age, she’s scored six times in the 2021-22 edition and finds herself behind only Waßmuth (eight goals) in the scoring charts. Those six goals have come at an average of one every 47 minutes on average, while with an additional two assists, she’s involved in a goal every 35 minutes in the UWCL this season.

One of the Canadian’s biggest qualities is her aerial threat. Despite her relatively few minutes of play, no other player in the competition has attempted as many headed shots as her (7), while she’s also scored a competition-high three headed goals. This is certainly useful for a team that put in the third-most open play crosses in the UWCL group stages (106).

When receiving the ball in the final third of the pitch, no player in the UWCL is as dangerous as Alexia Putellas, who has all-around qualities in initiating, creating and finishing. She is, in general, highly visible in the final third, averaging 46 passes per 90 minutes in that area of the pitch – the highest in the competition.

The 2021 Ballon d’Or Féminin winner has been involved in 62 attacking sequences in the UWCL so far this season – 11 more than any other player. 16 of those have seen her attempt the shot, 19 have been created by her and 27 have seen her involved in the build up to a Barcelona chance – clearly an integral part of their attacking play.

Across the 429 minutes on pitch in the group stage, Putellas has been the leading creator of chances for teammates, either with the final pass before a shot or a key pass leading to the chance created – overall she’s managed 31 of these, which is 11 more than teammate Aitana Bonmati.

Olympique Lyon’s left wing is the home of Selma Bacha. The 21-year-old Frenchwoman has created a competition-high 22 chances for teammates in this season’s UEFA Women’s Champions League so far, with 11 of those coming from set plays – another high.

Her expected assists total of 2.37 also makes her the most dangerous player creatively in the UWCL this season, with her main threat coming from wide on the left in open play – only four players have created more chances from open play than she has (11), while she’s fired in the second-most open play crosses from the left of any player in the competition in 2021-22 so far (21).

Five-time UWCL winner Delphine Cascarino is one of the most threatening players at running with the ball at taking on opposition players in the competition this season. The French star has had a total of 34 take-ons, with 30 of them in the opposition half – a competition high.

No player has beaten an opponent more often with a take on in the UWCL so far this season than she has (23), while she’s been involved in eight shots following a ball carry (three shots, five chances created) – more than any of her teammates.

Her dribbling strength is especially dangerous because she always tries to generate added value for the team with her take-ons. On six occasions she tried to take multiple opponents out of the game with a single dribble, no player did so in the group stage more often.

As we alluded to here, possession of the ball is key to Barcelona’s success and one player at the very centre of it is Mapi León. Among players who have played at least 90 minutes in the group stages, no one has averaged as many passes per 90 minutes as León (122).

The 26-year-old was also incredibly accurate on those passes, hitting a teammate 95% of the time – a figure only surpassed by her teammate Andrea Pereira (97% – of players with at least 25 passes).

In addition to this, León won 82% of her duels in the group stages, the best ratio among all players with more than 10 duels.

Only Wolfsburg’s Lena Oberdorf (11) regained possession to start an open play sequence more often than León (10) in the UWCL group stages this season, while the Barcelona star was involved in the build-up to shots (not including creating or having the shot herself) on a competition-high 35 occasions.

In this season’s Champions League, only Arsenal’s Simone Boye Sorensen had more carries per 90 minutes (33) than the Spaniard (31, at least 90 mins played). However, León is progressing much more upfield than any other player. Per 90 minutes, the Spaniard had 23 progressive carries – no other player more than 20.