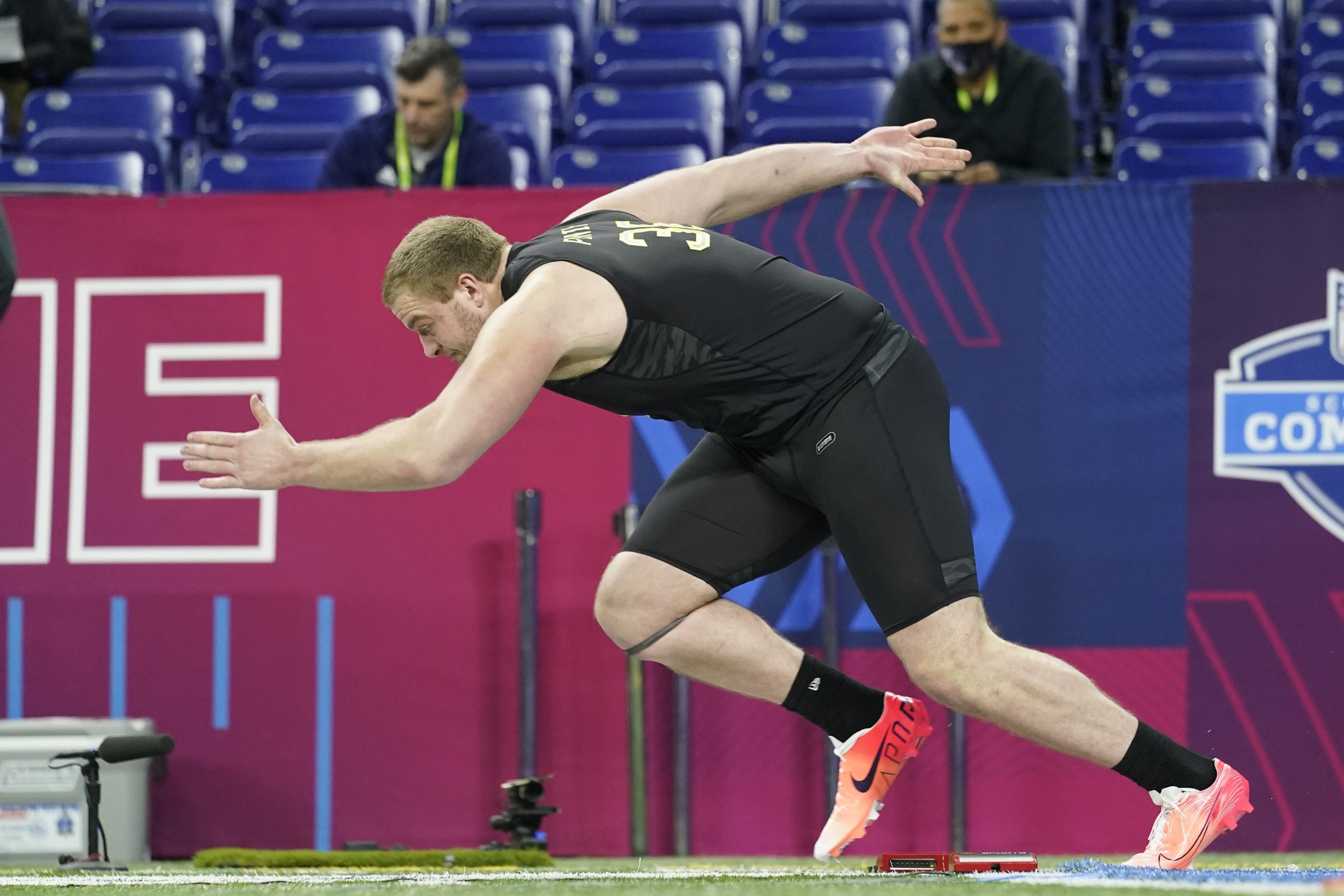 Following is an update on FCS players in the offensive linemen/running back group:

Notable: Carter seeks to become Southern’s first NFL Draft pick since 2004. He graded out highly during his final season, but was considered to have a subpar Senior Bowl week.

NFL.com: “Offensive line prospect with the frame, strength and grit to make a go of it moving from tackle to guard. Carter displays some technical savvy in certain areas, but needs much more work to get to where he needs to go.”

Notable: Jones is surprisingly athletic for his size and has been measured with an 84 1/4-inch wingspan. His sub-5 40 mirrored his ability to move quickly out of his stance.

NFL.com: “Jones’ run blocking isn’t as dynamic or athletic as expected and his issues with pad level are a concern. However, he has good slide quickness, developmental traits and talent that should not be overlooked in pass protection.”

Notable: Penning, projected to be drafted in the first round, is following UNI offensive tackle Spencer Brown (Buffalo Bills’ third-round pick last year) into the NFL. His athleticism was on display in the 40 (4.89, tying for the second-best time among O-linemen) and the three-cone drill (7.25, tying for the best time).

NFL.com: “Penning plays with a level of disgust for anyone lining up against him and seeks out violent block finishes when possible. He’s athletic enough to block on the move and has the potential to shine as a powerful drive blocker.”

Notable: Strange’s stock is rising, perhaps into a third-round grade. Among O-linemen, his 31 reps on the bench press tied for the second-most and his broad jump was the highest. Having played guard for most of his college career, Strange displayed versatility during Senior Bowl week while lining up as a center.

NFL.com: “He shines over the first two phases of the block, which means he gains early positioning and gets into the sustain phase with proper hand usage and footwork.”

Notable: One of the bigger measuring sticks may be Strong averaged 126.5 rushing yards in four career games against FCS dynasty North Dakota State. At the Combine, Strong showed how he got it done, tying for the best 40 among running backs in 4.37 seconds after going 4.39 earlier.

NFL.com: “Hyper-focused vision provides him a variety of cut options and rush paths, but also causes him to overthink his approach at times. Strong is more reactive than manipulative, but is quite impressive with his spatial awareness and ability to slalom around bodies on a smooth, linear pathway without slowing his roll.”

Notable: Volson’s test results were low, but his size would be elite for an offensive guard. His durability is unquestioned – he appeared in an NDSU-record 63 career games, including 41 consecutive starts over his final three seasons.

NFL.com: “Volson has good core strength to compete against power players and possesses the athleticism to work up into positioning as a second-level blocker. He needs to cut down on the penalties and make hand placement a greater priority.”

Notable: Given his near 6-8 size, Waletzko surely sought to show off agility and flexibility to NFL personnel, and he did that in some of the testing.

NFL.com: “Waletzko’s length and upper-body power are traits that teams will want to cultivate, but his pad-level issues and average foot quickness are limitations that could be difficult to work around.”

Notable: Zakelj’s three-cone time was one of his more encouraging results. He played in 45 games (44 starts) while be named All-Patriot League four times (three first team, one second team).

NFL.com: “Field toughness, an NFL frame and pass protection ability give Zakelj a shot as a swing tackle with the potential to develop into a bigger contributor.”