What Offseason? The Best Under-the-Radar Signings of the NFL's Free Agent Frenzy | The Analyst 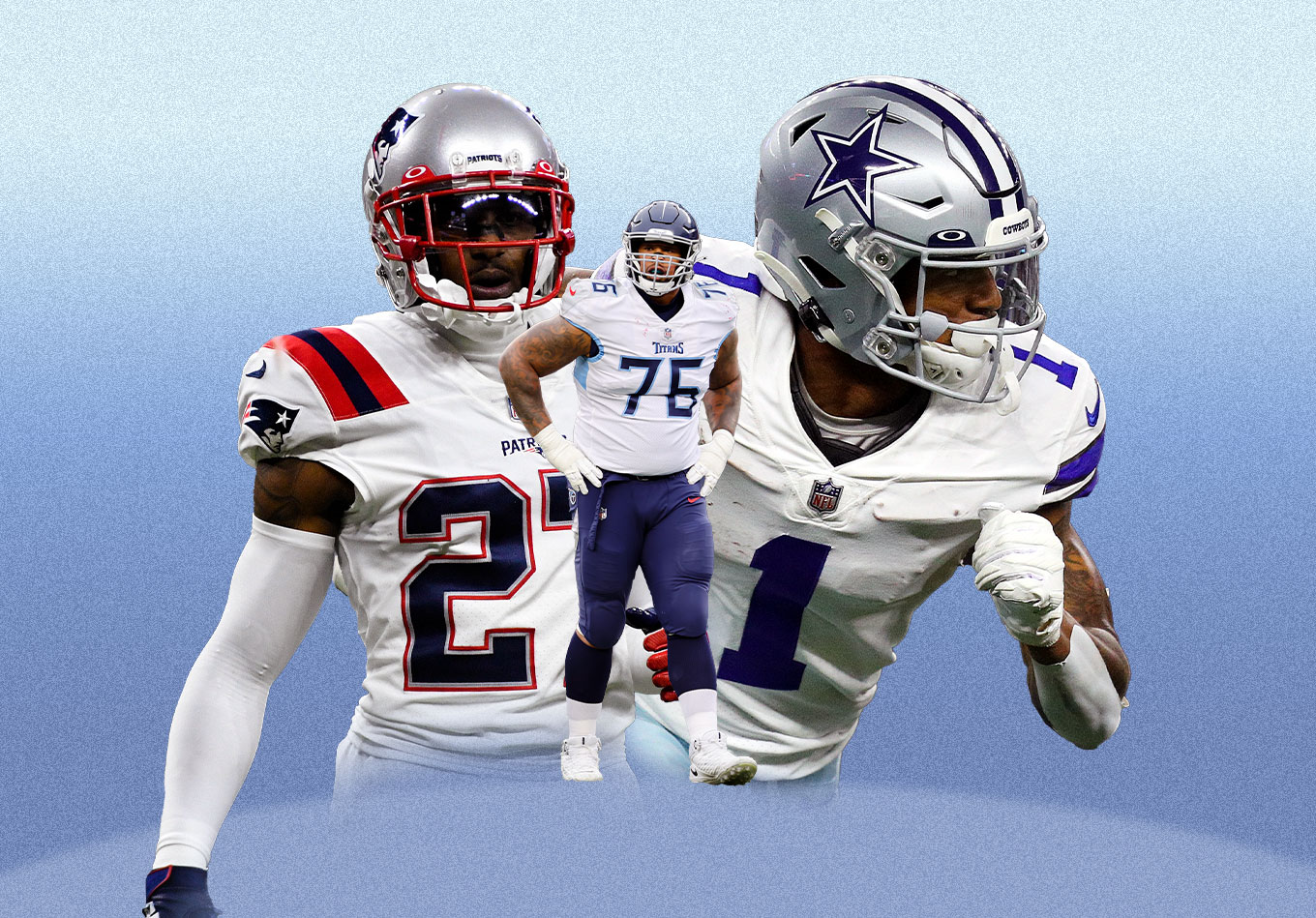 What Offseason? The Best Under-the-Radar Signings of the NFL’s Free Agent Frenzy

The NFL turned into the Wild West when the clock struck high noon on Monday.

By now, the biggest moves are well known with Russell Wilson traded to Denver, Davante Adams and Chandler Jones headed to Las Vegas, Amari Cooper going to Cleveland and Von Miller off to join Bills Mafia.

Now, the world is waiting on Deshaun Watson to choose his desired trade destination

Yes, the most exciting time of the offseason has lived up to the hype again in 2022. Looking past the big names, who are some of the more impressive free agent signings between All-Pros and role players alike?

With scheme fit, team need, and contract details taken into consideration, here’s a look at who has struck gold with quality signings thus far.

Cut by the Tennessee Titans, the Bills wasted no time reaching out to the former All-Pro and five-time Pro Bowl guard Saffold on a one-year deal. He’s since been joined by the likes of Miller and Tim Settle, giving the team a significant upgrade in protection around their star quarterback Josh Allen.

The Bills ranked 30th in the NFL in run block win percentage in 2021 and adding a mauler like Saffold to the interior of their offensive line figures to take some pressure off of the potent passing attack in Buffalo. Saffold finished last season with a 78.9 double-team adjusted win percentage on run blocks – well above the league average of 74.2 for a guard.

Already a top team to compete with in the AFC, the Bills have made it clear they are ready to go all in on their Super Bowl quest. It will be interesting to see, however, if the Bills roll into the season with Devin Singletary and Zack Moss, or if they look to continue to upgrade their run game with a new back as well.

Regardless, a new running lane just opened up.

The Dallas Cowboys’ offseason strategy has been interesting to say the least. Trading Amari Cooper was understandable given his cap hit, however, the Randy Gregory situation, the lack of pursuit of Von Miller (who was clearly interested) and moving on from La’el Collins without getting any assets back has been wild to watch.

While he flies under the radar, Wilson is quite a good football player who is now heading to South Beach on a reasonable deal – three years worth less than $7.5 million annually. With a likely bigger role in Miami under new head coach Mike McDaniel, Wilson will try to outperform his 2021 season when he racked up 602 yards and six touchdowns and finished 21st in the NFL with a 68.9 burn percentage.

The Dolphins still have their issues along their offensive line and still have a question mark under center as they head into Year 3 with Tua Tagovailoa. However, adding Wilson to a group with Jaylen Waddle, DeVante Parker and Mike Gesicki gives the Dolphins a deep arsenal of targets for Tagovailoa and should help a unit that ranked 27th in one-on-one matchup win rate in 2021.

How in the world did the Chargers land an All-Pro cornerback in his prime for $3 million less than the market and nearly $30 million less in guaranteed money?

Despite the market that Marlon Humphrey and Marshon Lattimore set, Jackson leaves the New England Patriots to join Brandon Staley for less.

This deal was just icing on the cake after the Chargers had already landed another All-Pro in Khalil Mack via a trade with the Chicago Bears before free agency even started. They also managed to retain wide receiver Mike Williams before he hit the market as well.

Now Jackson brings his eight interceptions and 12 passes defended from a year ago to the West Coast as Staley has completely overhauled a defense that lacked significant talent. Jackson also allowed a big play on just 18.9% of his targets, the eighth-best ratio among corners with at least 50 targets.

Pairing Jackson with the promising second-year player and former second-round pick Asante Samuel Jr. gives their secondary a fear factor after the unit ranked 17th in the NFL in matchup win percentage.

Somehow the Chargers managed to get Jackson’s signature on the dotted line below an All-Pro salary. Considering the massive improvements also made to their defensive line, this team looks ready to compete with the gauntlet that is the AFC West.

The Steelers went through an overhaul along their offensive line a season ago, and it did not go as planned. Maurkice Pouncey retired, David DeCastro was cut and Alejandro Villanueva moved on to the Baltimore Ravens via free agency.

They then looked to the NFL Draft for upgrades, landing both Dan Moore Jr. and Kendrick Green last April. However, Green bottomed out, and veteran Trai Turner was on just a one-year deal with the Steelers, as B.J. Finney and Joe Haeg provided veteran stopgaps as well.

Daniels, a former first-round pick, is not a stopgap, however. Just 24 years of age, the Steelers get a savvy and versatile interior offensive lineman with 48 starts under his belt for just under $9 million per year over the next three years (and just one year guaranteed!). Joining Mason Cole, who is nothing more than a stopgap who is not guaranteed a starting role, Daniels can either step into the hole at guard or center that currently exists in Pittsburgh.

The Steelers’ offensive line still has a ways to go as they are young and not particularly impressive at the tackle spots. But landing Daniels certainly helps them towards their bigger goal after they ranked 27th in pass protection and 25th in run block win percentage in 2021.

This was a good year to need a decent, second-tier defensive tackle. The Jacksonville Jaguars got one in Foley Fatukasi, the Chargers got one in Sebastian Joseph-Day, but my favorite of the group joined Russell Wilson in the Mile High City.

Leaving the San Francisco 49ers after a stellar season as a dependable and borderline dominant run stuffer, Jones cashed in with the Broncos on a three-year deal worth $10 million annually. Jones gets the first two years fully guaranteed as well, capitalizing on a career year.

He now joins Randy Gregory (after the aforementioned Dallas debacle), Bradley Chubb, an underrated nose tackle in Mike Purcell, and a rising star in Dre’Mont Jones in the defensive trenches in Denver.

This is easily my favorite signing of any team in free agency as Jones is coming off of a season with 24 pressures, three sacks and double-digit tackles behind the line of scrimmage. He’s a gap controller who provides the uncanny ability to keep linebackers clean from climbing linemen.

Jones ranked fourth in the league in double-team adjusted win percentage against the run last season among defensive tackles with at least 60 one-on-one matchups.

Baron Browning, Josey Jewell, Jonas Griffith and others rejoice as they will have the ability to feast on running backs at the line of scrimmage.

The Broncos have been a quarterback away for the past couple of seasons. Now they not only have their guy under center, but they have reloaded their defensive front as well with Jones.