The Analyst’s Six Nations Roundup: Round 5 | The Analyst 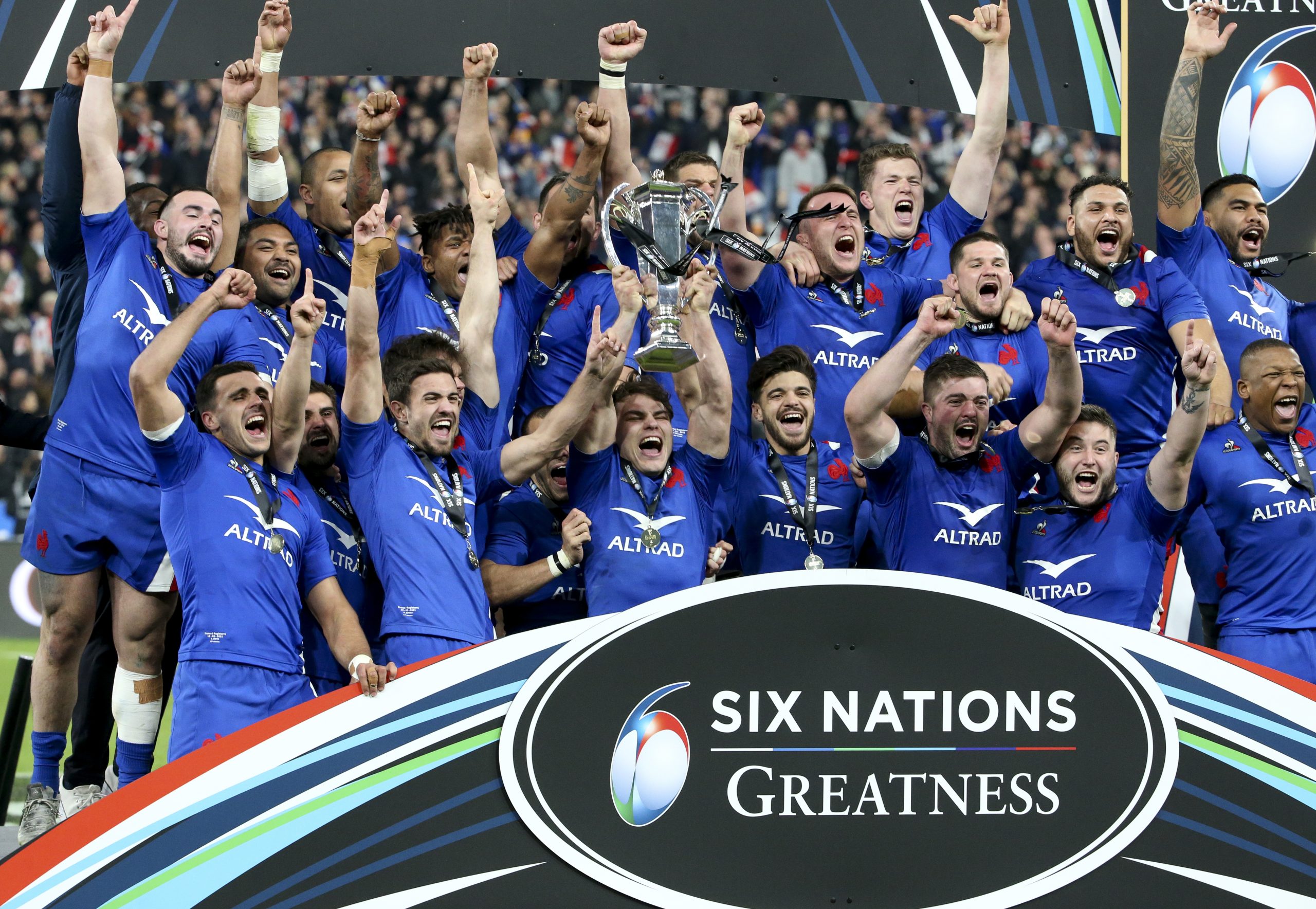 The Analyst’s Six Nations Roundup: Round 5

Our fifth and final Six Nations data recap as we look back on a historic round of fixtures.

Blue is the colour after the final round of this year’s Six Nations. Les Bleus claimed a long-awaited Grand Slam and the Azzurri picked up a long-awaited win, while Wales, Scotland and England were left feeling blue after rather disappointing campaigns. Okay, Ireland ruin the theme slightly but we suppose five out of six ain’t bad. Let’s jump in.

Italy had lost 36 consecutive games in the Six Nations coming into this match, the longest losing run in the history of the Five or Six Nations by quite a distance (France lost 17 between 1911 and 1920), their last win coming against Scotland in 2015 – a gap of 2,576 days.

With 78 minutes on the clock and trailing by six points, it looked like that tally would tick over to 37 games and 2,800+ days before the Azzurri had another chance to break their miserable run. However, their newest star – Ange Capuozzo – had other ideas. Taking a pass behind his own 10-metre line and with three red shirts closing him down, the Italian full-back slipped through a gap in the defensive line before sitting down Kieran Hardy with a sensational sidestep.  He then showed great composure to pass inside (Stuart Hogg take note) to Edoardo Padovani for the try under the posts, making Paolo Garbisi’s job of kicking the decisive points immeasurably easier.

Sorry, did I say immeasurably? Actually, using Stats Perform’s kick prediction model we can estimate just how much easier the conversion was for Garbisi, compared to a try scored in the corner, which would have been the likely outcome had Capuozzo decided to go it alone.

Italy were certainly good value for their victory. Many of the stats in the match were very equal, which would be expected in a one-point game, but Italy just edged it when it came to not giving their opponents easy possession. Italy had 53 possessions in the game and had a positive outcome from 81% of them, the best rate of any side in Round 5. Add that to the fact that they conceded the joint fewest turnovers across the round with only England conceding fewer penalties and it all added up to a famous Italian win in Cardiff.

Ireland ground down Scotland to record a bonus-point win in Dublin and put the pressure firmly on France in the late kick-off. Andy Farrell’s men dominated the contact area to give themselves consistent front-foot ball and restrict Scotland from playing their preferred expansive style.

Ireland recorded a dominant contact rate of 16.8% when carrying into the Scotland defence, not quite the highest rate in the round overall but over three percentage points higher than their opponents on the day, while their gainline success rate was the best of any team across the weekend. Perhaps the most telling statistic from the game was how often Ireland managed to commit 2+ tacklers compared to Scotland. Ireland drew in two or more tacklers with just over half of their carries (51.6%), while in defence they only committed two or more tacklers to 39% of Scotland’s carries.

Ireland’s ability to commit more than one tackler with half of their carries allowed them to create and exploit gaps in the Scottish defensive line, while Scotland’s inability to do the same meant that opportunities for their dangerous outside backs were few and far between.

The final match of this year’s men’s Six Nations saw France take on England. With Ireland’s earlier win in Dublin, Les Bleus knew that only a victory – and Le Grand Chelem – would see them pick up the trophy for the first time since 2010.

France were ruthlessly efficient against England, despite having less territory and possession than England and spending just 46 seconds in England’s 22 in total (compared to England’s 7m 29s), France secured what felt like a fairly comfortable victory in Paris.

Much of the talk during the game was France’s ruck speed compared to England’s. On the face of it, it doesn’t look like Les Bleus really had the upper hand at the breakdown, their average speed and % of rucks under 3 seconds both being lower than England’s tallies on Saturday night. However, looking at rucks that were quicker than two seconds shows that when France upped the tempo, they hit speeds that few teams in the world could live with.

A staggering 39% of Les Bleus’ attacking rucks against England were completed in under two seconds, compared to England’s tally of one in five rucks, and it was this ability to create lightning quick ball that allowed France to be so efficient in scoring points.

In total France made just five 22 entries in Round 5, the fewest of any team across the weekend’s fixtures, but they averaged 4.4 points per entry. No other team averaged more than 2.4 while they restricted England to 0.8 points per entry from their eight forays into the France 22.

In the end, it was a comfortable win for France, picking up the Six Nations title for the first time since 2010. Back then they ended up reaching the final of the Rugby World Cup the following year and few would bet against the same happening next year.

Team of the Tournament

France may have won the Grand Slam but successful teams are not always built around superstars, sometimes it is the collective spirit and cohesive strategy that brings out the best in individuals to perform as a unit. For France, it was a bit of both with some superstar performers as well as a group strength and belief that led Fabien Galthié’s men to glory.

Based on Opta’s detailed player performance index, six of the representatives in our Team of the Tournament wore the blue French jersey. All six nations have players featuring in the XV, with runners up Ireland seeing three of their cohort in the mix. Scotland and Italy both have two names on the sheet whilst England and Wales have just one each.

The selection criteria for this team was based on having played 200+ minutes and then looked at a player’s index score on per 80 minutes basis. That was done in order not to either unfairly benefit those that just have more time on the pitch nor to punish those used in a more rotative function.

It’s worth mentioning that if you drop the minutes played criteria down to 100, then a certain Ange Capuozzo finds himself a starting spot with the big boys.

You’ll never get to see this XV turn out together, but it would be fun to see them play a similar team picked from The Rugby Championship maybe?! There is a mix of youth and experience across the team and with France’s surge of quality in some fulcrum positions (7,8,9,12, and 13) you can see how they overpowered all comers.