PGA Picks: Why Matsuyama and DeChambeau Could Get on Track at the Valero Open | The Analyst 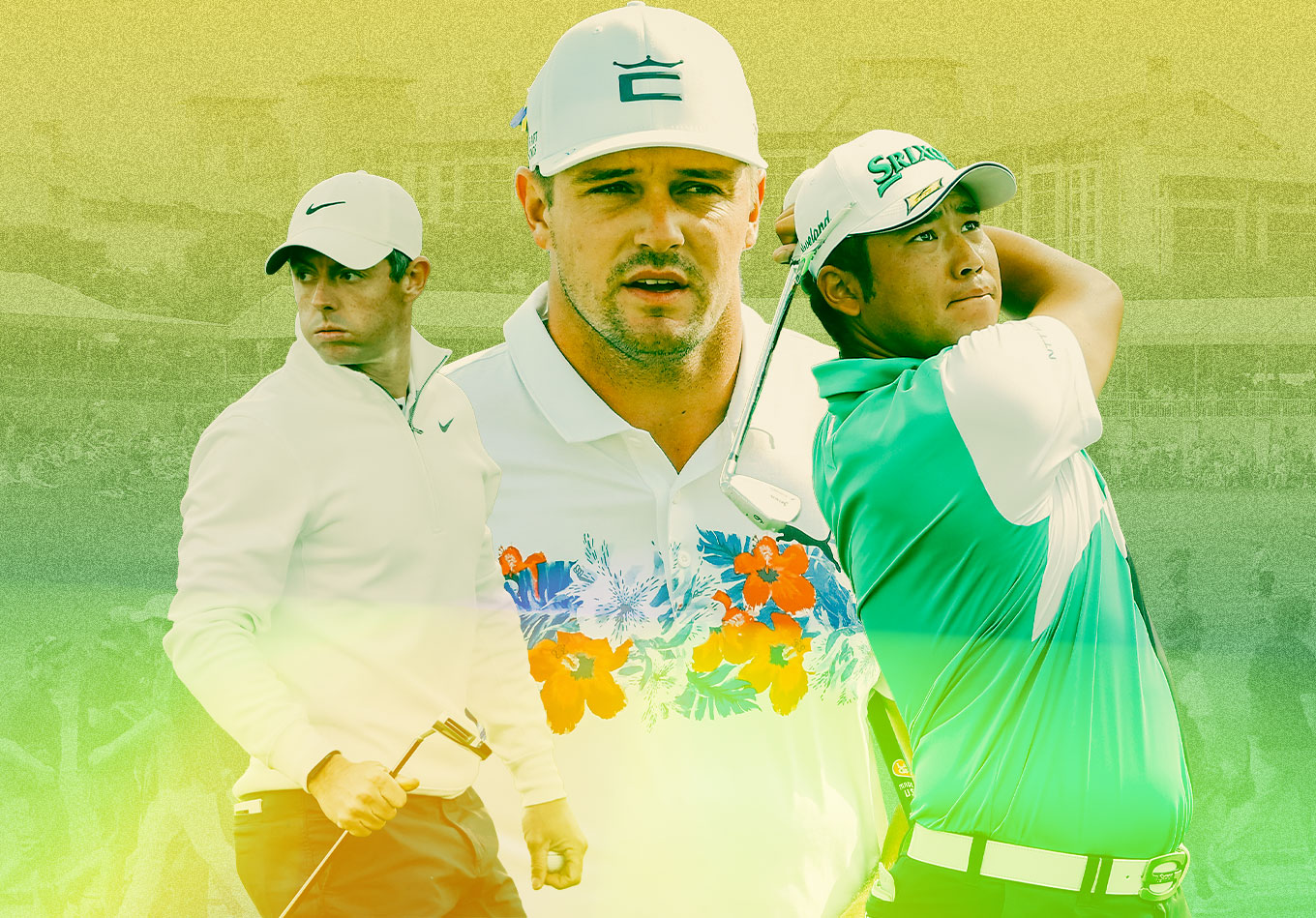 PGA Picks: Why Matsuyama and DeChambeau Could Get on Track at the Valero Open

The world of FRACAS has changed.

The simulations take player, hole, and field information and simulate tournaments 100,000 times to get probabilities for wins and other markets. We’ve also revamped some of the tour-specific field adjustments and added a couple of new tours to the fold – the Asian Tour and the PGA Tour of Australasia.

This week, the golf world gears up for the Masters Tournament by offering one final shot for Masters qualification at the Valero Texas Open, hosted by TPC San Antonio. It’s a long par 72 measuring over 7,438 yards and one of the more difficult courses on the PGA Tour with only seven holes that play under par.

All of the par 5s are included in those seven, but even among par 5s on tour, these are tough. Three of them are three-shot par 5s, meaning it usually takes three shots to get on to the green for most of the field. Twelve of the 18 holes fit into our “difficult” hole-type clusters, so players who excel when par is a good score should do well here.

Our model puts the field strength for this tournament at just under PGA average, and it’s a fairly balanced field with the average FRACAS value almost exactly matching the median FRACAS value for the field. The expected scores for each hole can be found when you click into an individual player’s data on our leaderboard.

As shown in the chart below, the holes with the most variance are darker than the ones with less variance. So the darker holes are essentially the ones on which players have the greatest opportunities to distance themselves from the field – or lose plenty of ground in a hurry.

Rory McIlroy elected not to take part in the match play last week, and will instead use the Valero as a Masters warmup. Though the model doesn’t see TPC San Antonio as a great course fit for him, he’s the betting favorite and our top-rated golfer in the field.

Hideki Matsuyama and Bryson DeChambeau are our second- and third-ranked golfers in the field, but both are coming in with question marks. Matsuyama withdrew from The Players Championship with a neck injury and hasn’t played since, and DeChambeau has been out with his own set of injuries for most of the year. He shook off some rust at the match play event last week and is expected to be at full strength this week.

Defending champion Jordan Spieth has been wildly inconsistent lately and comes in at 11th in our projected win percentage this week. He’s currently playing about 0.3 strokes per round below his long-term baseline – fourth worst in the field among players with more than 0.4% chance to win (Charley Hoffman, Ryan Palmer, Tony Finau).

Not only does FRACAS reveal that the injury concerns may be overblown, it also sees TPC San Antonio as a great course fit for both players. Long par-5 scoring, in particular, is where we see Matsuyama and DeChambeau succeed. They are first and second, respectively, in the field in projected scoring on the three long par 5s.

While there are a few players we like in various placement markets, Kevin Streelman is the other golfer we like as an outright chance. He’s first in course suitability this week, gaining 0.35 strokes per round over his baseline. His top performing holes are short/difficult par 4s, long/difficult par 4s, and long par 5s – a perfect match for TPC San Antonio.

Though he has not played this tournament since 2019, his last two results here have been top-10 finishes and he has yet to miss a cut in six trips. He’s our eighth favorite this week at about 36-1 odds, and can be found at 47-1 in the consensus. We’re also proponents of top five and top 10 selections for Streelman this week at 14-1 and 6-1, respectively. The model sees his top-five chances at a little worse than 7-1 and top 10 at around 4-1.

Of the longshots, there are three we see as values in the placement markets: Matthew NeSmith, Adam Long and Patrick Rodgers. Of the three only NeSmith has made more cuts than he has missed in 2022, but what we like about all three is their variability. When looking purely at FRACAS, the trio has field rankings of 30th, 38th and 50th, but this is where simulations are valuable. Because of the variability in how each of the three play, they are ranked 27th, 33rd and 38th in projected chances of finishing in the top five.

What does all that mean? High variability golfers have either the gall or the ability to hit shots with highly variable results. Rather than accepting a 40-foot birdie putt, variable golfers will take the chance at a 4-foot birdie putt with the risk of a short-sided bunker shot. When looking at longshots in particular, variability paired with competency is a great way to find players who can “pop.”

While a missed cut is even more likely than even a top 20 for these golfers, when you’re given odds of 30-1 for a top-five finish, 14-1 for a top 10 and 6-1 for a top 20, as Long is priced this week, you accept a few missed cuts along the way in exchange for a top 10 payout bigger than an outright win on some of the favorites.