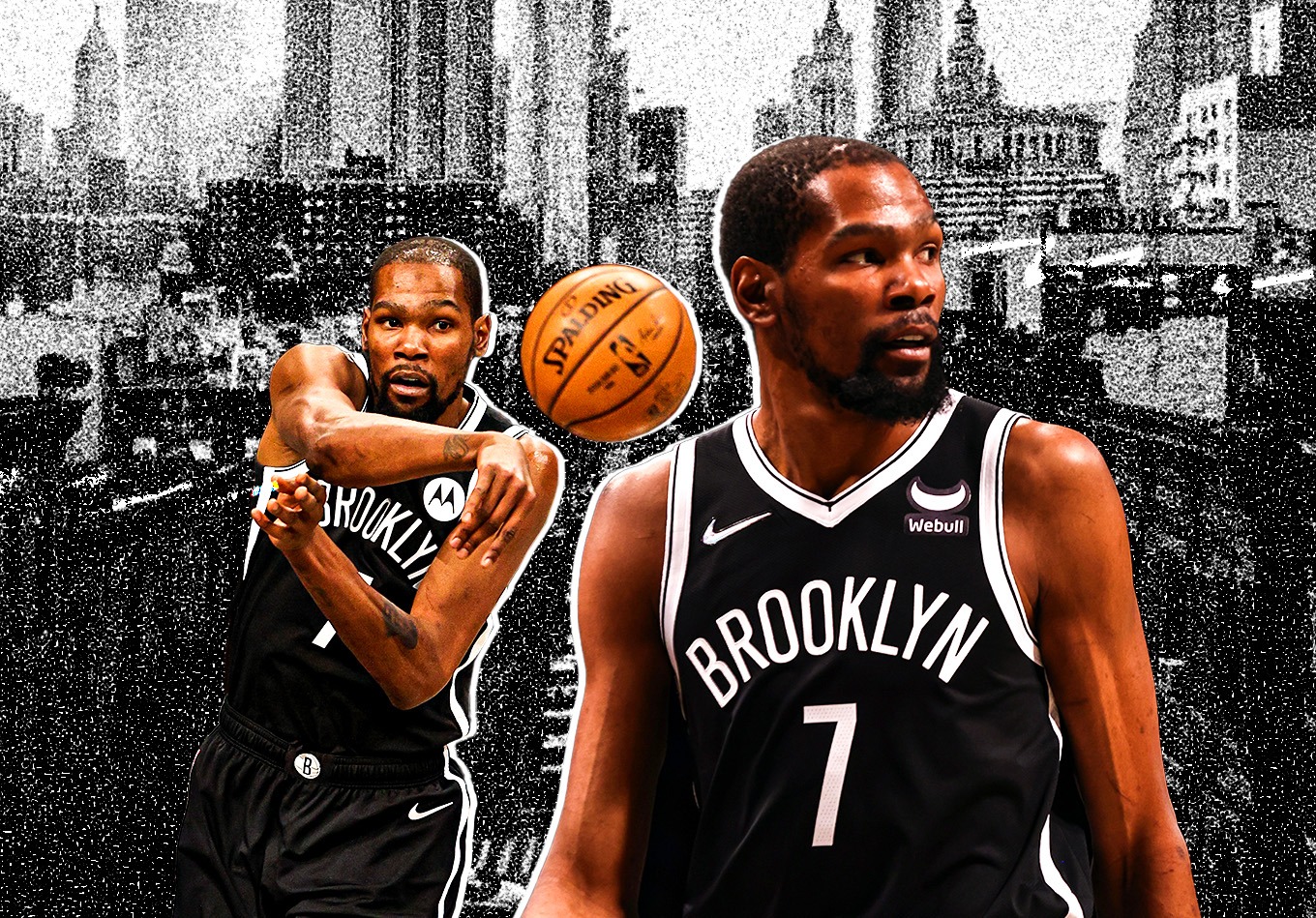 Among the many remarkable components of Kevin Durant’s Brooklyn Nets tenure, perhaps chiefly at the top is his pliability.

Whether it’s been the absences of co-stars Kyrie Irving, James Harden and Ben Simmons, or a rotating cast of role players (and subsequent production), the surrounding context has rarely been stable for Durant.

Despite that, the 33-year-old superstar has seamlessly tailored his game to fill whatever role is necessary.

When Harden was around, he comfortably functioned as the primary scorer, bouncing off pin-downs, operating in the mid-post or hunting out early offense chances to dominate. When Irving’s available, Durant lets the supernova scorer rock and embraces a little more playmaking.

When both were out (or limited, in Harden’s case) against the Milwaukee Bucks last postseason, Durant was a superstar trio wrapped in one. With masterful scoring, dishing and defending in various ways, he nearly pushed the eventual champs to elimination.

His duties in Brooklyn have ranged from point guard to center and all-time scorer to defensive stopper. For a player whose playoff foibles in Oklahoma City sometimes appeared to stem from a rigid approach, Durant’s malleability is shining brightly with the Nets.

Since debuting post-injury on March 3, that malleability has arrived in the form of brilliant playmaking. During this 13-game stretch, he’s averaging 7.0 assists (5.8 pre-injury) and helped guide Brooklyn to the NBA’s second-ranked offense (119.8 offensive rating). Prior to his injury, the Nets were seventh in offense (109.7 offensive rating).

Some explosions from Kyrie have aided that terrific offensive rating. He’s averaging 30.6 points and 6.3 assists on 66.5% true shooting in his eight March games, and Seth Curry has excelled as a secondary scorer (13.4 points on 64.8% true shooting this month).

Yet Durant is the engine of the offense who has played all of these games, while Irving and Curry have combined to miss nine outings since Durant re-entered the lineup.

Not only has the superstar forward smoothly leaned into heightened facilitating duties, he’s doing so across an array of situations: transition, ball screens, post-ups and drives. Regardless of where, when and how he’s bending defenses, he’s constantly taking advantage to set up teammates.

Attacking downhill, he’s flourished finding dudes in the dunker spot, delivering laydown passes and hitting rollers in-stride. When help enters his airspace around the paint, he’ll promptly feed the open man. Rarely, if ever, is he spooked by a throng of defenders and fellow Nets are reaping the benefits.

Double-teams just do not bother him these days. He’s completely ready to sling feeds when the second (or more) defender comes his way and the timeliness of his reads is magnificent.

In Brooklyn’s 113-111 loss to the Dallas Mavericks on March 16, Durant faced doubles virtually all night. Though he finished with just 23 points on 52% true shooting, Brooklyn generated a 126.1 offensive rating against the league’s seventh-ranked defense – even without Irving in the fold.

That stemmed from Durant picking apart those doubles and reflects how he’s handled that defensive strategy over the past four weeks.

When the Utah Jazz doubled him last week, results were similarly bountiful for the Nets. The Miami Heat tossed some doubles at him late in the first half on Saturday and Durant had zero trouble flipping from scorer to passer. Oversaturated defensive attention is his accomplice in the slicing and dicing of opponents.

Each of them are limited offensively, yet wholly important defensively in varying manners. They absolutely deserve credit for their performance as of late, and Durant is simplifying their roles offensively to augment what they bring. His presence helps carve out space for them and they’re capitalizing.

Although it’s certainly a less reliable means of creation, many of the pillars of Durant’s half-court playmaking are prominent in his transition prowess – from the vision to the audacity to the timing. He’s rewarding finishers like Brown and Claxton for properly filling the lanes on the break and bolting down the floor.

The optimal duties for Durant on this Nets squad feels fluid. Who exactly makes the final cut for the playoff (play-in?) rotation doesn’t feel solidified yet. If Simmons ever joins the fray, that will add another worthwhile element that further alters the substitution patterns.

But regardless of who flanks Durant and Irving in key moments moving forward this season, Durant will surely mold his game to elevate this team as far as it can go.

His recent playmaking kick is merely one example of how he constantly embodies the wide scope of responsibilities required to best support everyone.

It’s part of what makes him one of the NBA’s most splendid, incredible superstars.