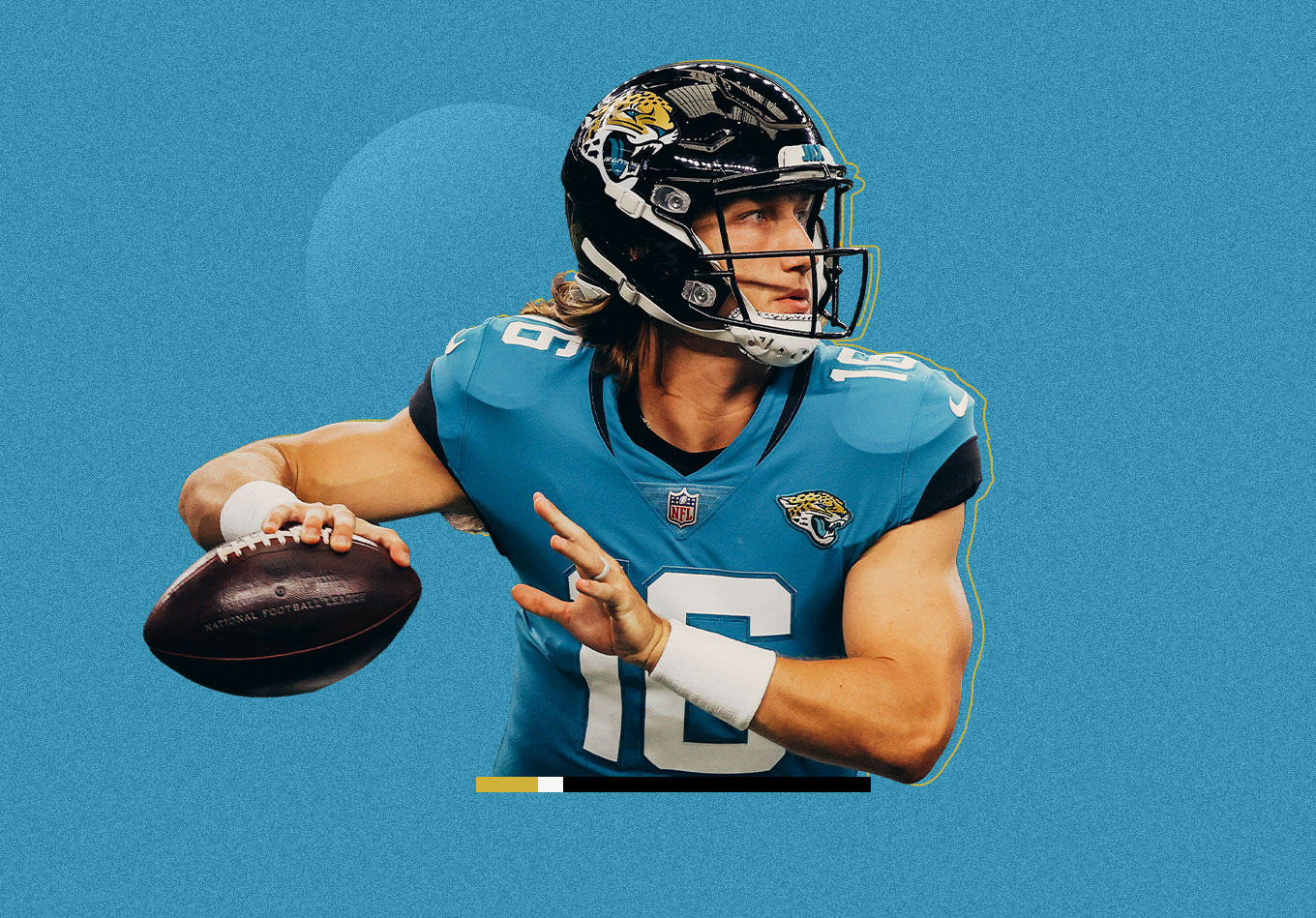 Offseason Outlook: How the Jaguars Should Build Around Trevor Lawrence

With the start of NFL free agency just two weeks away, the Jacksonville Jaguars should focus on keeping Trevor Lawrence at the center of every move they make.

This came to fruition as the Jacksonville Jaguars won the Tank for Trevor sweepstakes a year ago, but Year 1 didn’t go according to plan.

The Urban Meyer era was a complete disaster, with gaff after gaff defining a tenure that lasted less than a season with him at the helm. The Jaguars offense went on to score the fewest points per game in the entire NFL, and ranked 29th in passing EVE (our efficiency versus expected model) and in the bottom third of every other offensive category imaginable.

The struggles trickled down to Lawrence as well.

At one point in the 2021 season, Lawrence had an eight-game stretch in which he threw for just one touchdown. He finished the season completing less than 60% of his passes, throwing for just 12 touchdowns to 17 interceptions. And yet, while Lawrence took his lumps as a rookie, there is little reason to put much blame on his shoulders.

For starters, Lawrence saw the fifth-most pressures and had the seventh-most attempts under pressure of any quarterback a season ago despite playing behind an offensive line that ranked fourth in our pass protection win percentage. That’s party because Lawrence held on to the ball for an average of 2.74 seconds – the 11th longest in the NFL among those with at least 200 attempts, but why was this the case?

Most of the time, it seemed, no one was open. Jacksonville receivers ranked 25th in the league in matchup win percentage. His top receiver, D.J. Chark, went out for the season after just four games, leaving Lawrence to target the 31-year-old veteran Marvin Jones 120 times a year ago.

All in all, none of his receivers eclipsed 1,000 yards receiving, leaving that room as a massive point of overhaul this offseason as well.

The icing on the cake was not only the overall usage of second-year running back James Robinson, one of the most efficient backs in the league, but his injury as well. Meyer and his interim replacement Darrell Bevell could not seem to find ways to get the ball into his hands on a consistent basis to ease the burden on Lawrence.

And it looked like the second year of the Lawrence era was off to as unserious of a start as Year 1 after the botched handling of general manager Trent Baalke and the collapse of the hiring of Tampa Bay Buccaneers offensive coordinator Byron Leftwich as head coach.

Yet somehow, miraculously, the Jaguars fell backwards into a good coaching hire in Super Bowl winner Doug Pederson. Bringing the Andy Reid explosive offensive philosophy to Jacksonville is certainly an unexpected step in the right direction for the franchise. And for the development of Lawrence.

This must remain the theme for the Jaguars as they look to nurture and grow with their franchise gunslinger.

The offensive line needs to be addressed as the entire left side is set to hit free agency. Brandon Linder has remained one of the most consistent performers up front, but with a $9 million cap hit heading into the last year of his deal, there is a question regarding his return.

While Jones is locked in, and now third-year receiver Laviska Shenault (who has been volatile at best) set to return as well, Lawrence simply needs better targets to work with in the passing game.

Without much talent behind the two receivers mentioned above and promising tight end Dan Arnold, the Jaguars have a stable of pass-catchers that would rank near the bottom of the league. This is especially the case with Chark set to hit free agency in two weeks.

Luckily for the Jaguars, they have over $56 million in cap space and four top-100 draft picks coming up, with a fifth at pick 102. This includes the first overall pick in the NFL Draft once again after a 3-14 season.

Their best asset, however, is already on the roster in Lawrence. Protecting him and getting him a well-rounded arsenal of playmakers has to be the priority for Baalke, Pederson and the rest of the Jags’ staff.

That could start by zeroing in on Alabama offensive tackle Evan Neal with the first overall pick over pass rush help that tends to be slotted at the top in Aidan Hutchinson or Kayvon Thibodeaux. Big men listed at 6-foot-7 and 351 pounds who move the way Neal does do not come around every day. With the potential of losing Cam Robinson up front, pairing a franchise quarterback with a long-term blindside protector is seemingly a no-brainer.

There is money to be spent in free agency to load up a weak offensive roster around Lawrence as well. It will be a sigh of relief to get Travis Etienne back after he missed all of last season, especially with James Robinson set to miss most of 2022 with a torn ACL.

The future is exceptionally bright for Lawrence. He has all of the tools you could desire, from a big arm to the legs and improvisational skills to make plays when the protection breaks down. The flashes were tremendous this year as he was able to make a plethora of ‘wow’ throws that show just how naturally special of a player he is.

However, the Jaguars did him a massive disservice with the hire of Meyer and assembly of the roster around him. With an offensive mind like Pederson now at the helm, the Jaguars look to be moving in the right direction.

As the offseason is set to get underway, the Jaguars should have only one thing in the back of their mind as they get ready to upgrade their roster: Trevor Lawrence.