Here We Go Again: Getting Excited About the Los Angeles Chargers | The Analyst 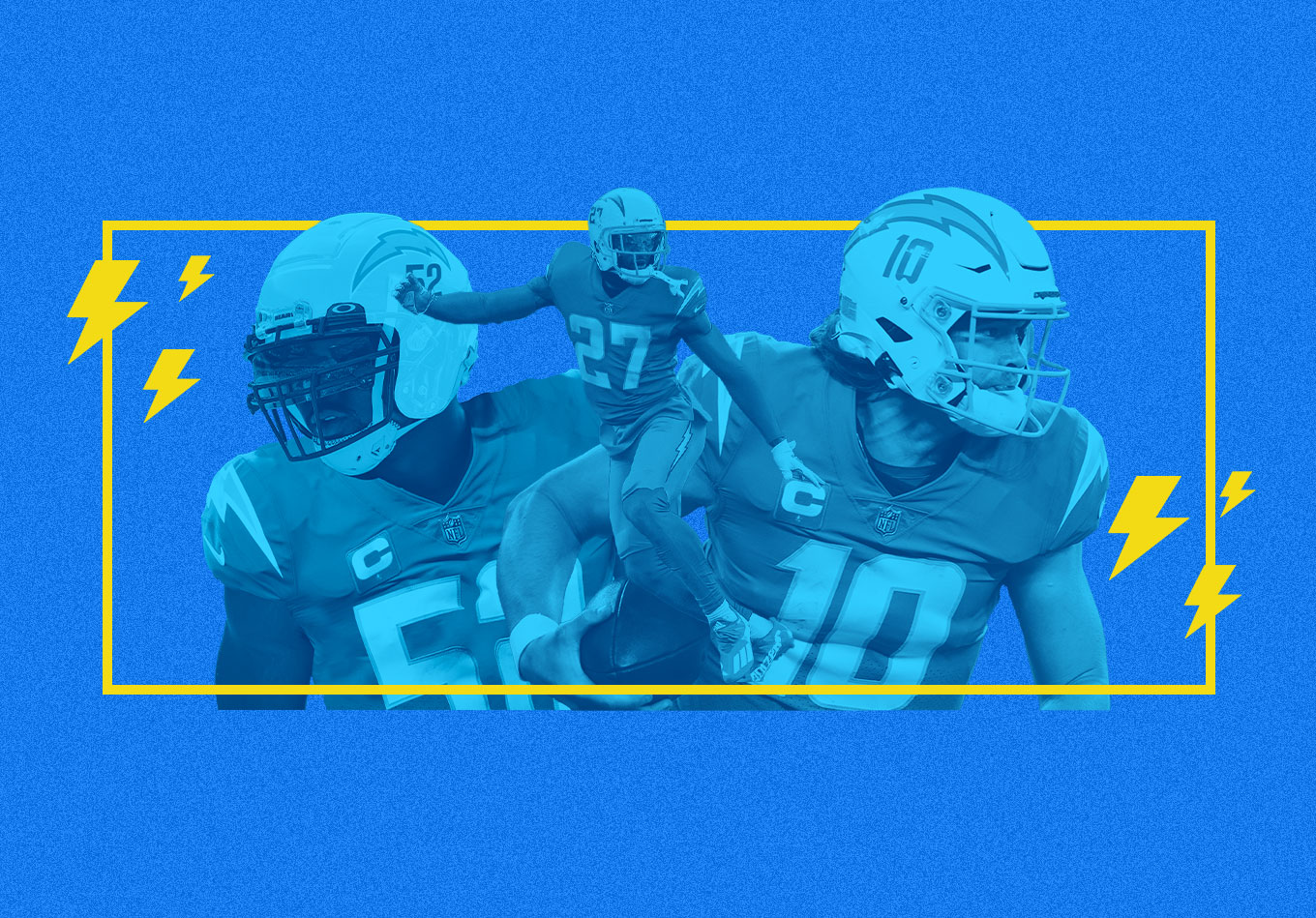 Here We Go Again: Getting Excited About the Los Angeles Chargers

A tie with the Las Vegas Raiders away from making the playoffs a year ago, the Los Angeles Chargers once again fell in the “close, but no cigar” category. However, in the first year of the Brandon Staley era, the Chargers certainly gained a great deal of buzz.

There was a great deal to like about what the Chargers were able to do offensively, led by the massive arm of their young and talented quarterback Justin Herbert. On the year, the Chargers ranked as a fringe top-10 offense in EVE (our model that measures a team’s efficiency by comparing success on every play to league average based on situation and opponent), with the ninth overall passing attack in the league.

Their rushing offense was not far behind, as an Austin Ekeler-led room finished 14th overall in the same metric on the year. Overall, the Chargers managed to rack up the second-most yards per game, and the fifth-most points per game in 2021.

Good news for the Chargers as well: they are bringing back almost every imaginable piece to that offense again in 2022.

At the end of the day, aging tight end Jared Cook is still a free agent, and the team cut injury-prone right tackle Bryan Bulaga. Outside of these two losses, the Chargers have maintained continuity, including the massive re-signing of wide receiver Mike Williams.

Coming off of a career year in terms of targets, receptions, and yards, Williams became too valuable of a piece for the Chargers to let hit the open market in free agency. Now, Williams rejoins longtime Pro Bowl wideout Keenan Allen and Jalen Guyton in the wide receiver room as the Chargers look to continue to create offensive fireworks.

The Chargers also added veteran tight end Gerald Everett to their tight end room to take over a part of the role that Cook will be leaving behind. Offensively for the Chargers, it was more about retooling and reloading than anything else.

The massive problem with the Chargers a year ago, however, was the defensive side of the ball. This defensive unit in Los Angeles surrendered the third-most points per game and the tenth-most yards per game on the year. This unit was bottom ten in EVE, and bottom five against the run in the same metric. They also allowed the fifth-most yards per carry.

Heading into the offseason, this is where Staley and general manager Tom Telesco knew significant upgrades were needed.

Staley, a defensive-minded head coach, just did not have the talent necessary in the locker room to execute his widely praised scheme. The Chargers have swung for the fences this offseason and struck gold on the defensive side of the football.

There is no way else to put it other than to say the Jerry Tillery selection from the 2019 NFL Draft has not aged well. In fact, outside of Joey Bosa, there was not a single player who held his own along the defensive trenches.

An emphasis of the offseason, the Chargers have added Sebastian Joseph-Day (fresh off of a Super Bowl win) and perhaps the biggest defensive add of the offseason when they traded their second-round pick this year and sixth-round pick next year for Khalil Mack.

Reasons for optimism are not lacking for this defensive unit now, as pairing Bosa with the 2016 NFL Defensive Player of the Year is bound to generate buzz. Mack is not just a player of the past either, as he is coming off of a Second Team All-Pro naming just a year ago with plenty of disruptive production still to his name.

The Chargers did not stop after adding Mack either, as they managed to get an All-Pro cornerback in J.C. Jackson to sign for under market value as well. Pairing him with promising second-year cornerback Asante Samuel Jr. may give the Chargers a dynamic duo of islands. It does not hurt to have Derwin James patrolling sideline-to-sideline and Nasir Adderley over the top either.

Holes still exist, however, on the defensive side of the ball for the Chargers. The linebacking unit is a glaring weakness, and the lack of development from former first round pick Kenneth Murray has not helped. There is no question, however, that the additions of Mack, Jackson, and Joseph-Day provide a massive upgrade to the unit on paper.

If the Chargers can continue to get it together defensively, there is plenty of reason to be optimistic about their chances to compete in the ever-dangerous AFC West. Injuries are always a factor as well (and they seem to find the Chargers more than any other team), but the Chargers are another defensive tackle and linebacker away from completely overhauling the defensive side of the ball.

The road ahead is difficult for the Chargers, as they have to face Patrick Mahomes and now Russell Wilson each twice per year. However, the offensive production has no reason to drop off this year with just about every conceivable playmaker set to return; it is just up to the defense to hold up their end of the bargain. Staley has the scheme to bring the heat, and now he has the tools. Even with all the past disappointments, you can’t help but get excited about the Chargers again.