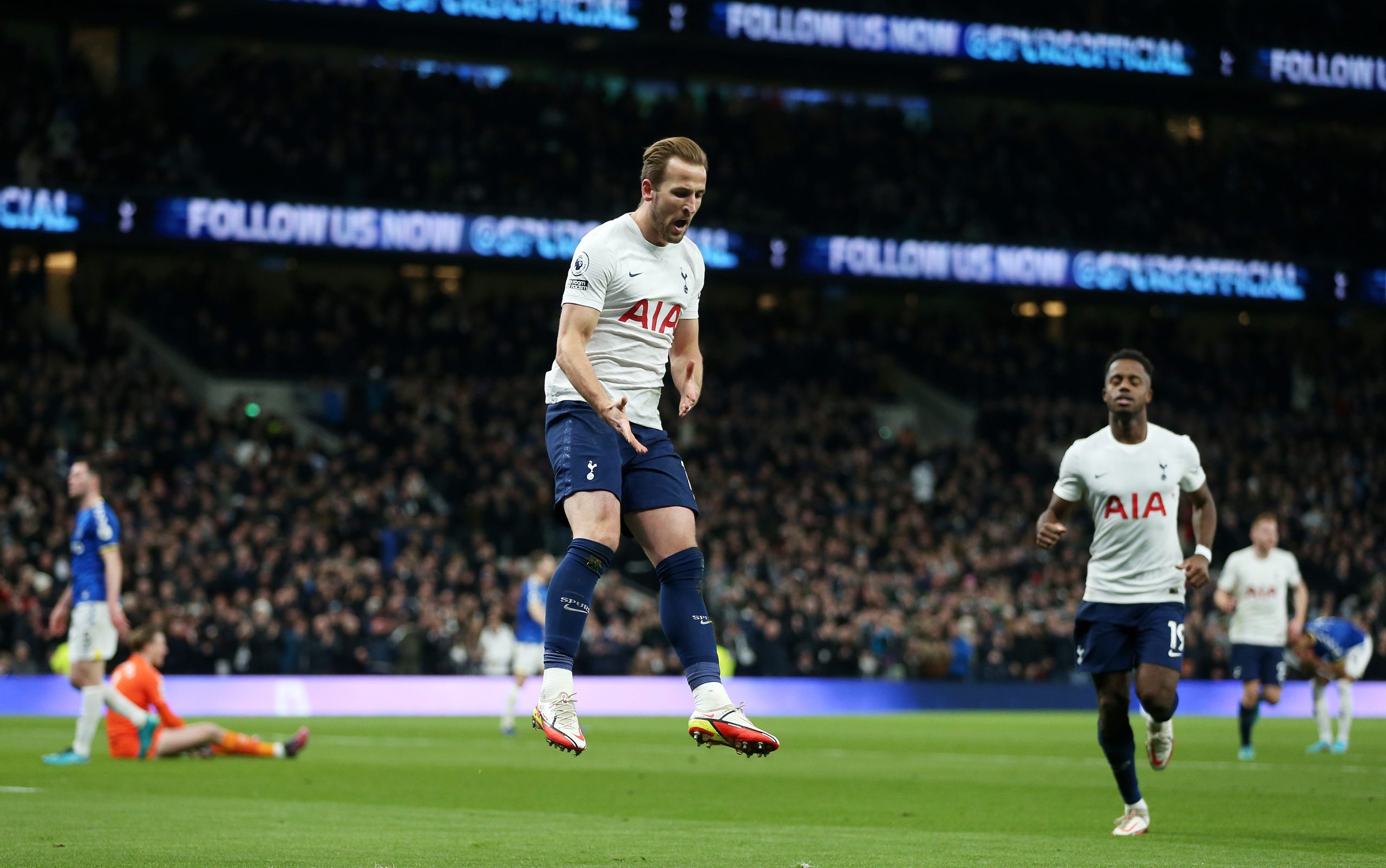 It was a good night to face Everton as the Merseyside club’s bid to post one of the worst away records in Premier League history continued apace at the Tottenham Hotspur Stadium. It’s not been the most consistent of spells for Spurs, but they were far too good for Frank Lampard’s beleaguered side. 5-0 was probably kind on Everton, and Harry Kane might feel that he wasted an opportunity to score his ninth Premier League hat-trick, which would have put him joint-third on the all-time list. No matter, the England captain clocked up one significant milestone and got very nearer to another. Let us explain.

Kane’s first goal was a lovely disguised reverse-whip finish to put Tottenham 3-0 up before half-time. It took Kane to 175 Premier League goals, a total long occupied by Thierry Henry, who also operated with great effect in north London, just not this bit. To be fair to Henry, he has at least sealed a Premier League title at a Tottenham stadium, something Kane is yet to do.

Kane added to his total with the fifth and final goal of the game, and it goes down as one of his finest finishes for some time, given the difficulty of watching a delightfully lofted pass from the new Glenn Hoddle, aka Matt Doherty, onto his weaker left foot before guiding it past Jordan Pickford from a difficult angle.

And the fact it was on his left foot is significant because it brings Kane just one weaker-foot strike shy of the Premier League record, held by Robin van Persie, a man who famously popularised the phrase “chocolate leg” in England, perhaps to try and hide just how effective he was with his right foot. For a long time it looked like Sergio Aguero would overtake van Persie but an injury hit final season at Manchester City saw him miss out, while of the players behind him, Romelu Lukaku, Jamie Vardy and Kane’s team-mate Heung-Min Son are all still very much operational in the Premier League.

It’s noticeable how many modern era players there are in this list, giving credence to the idea that contemporary players train their weaknesses a little more consistently than those in the past. Then again, for someone like Alan Shearer, the Premier League’s all-time top scorer with 260 goals, if your hammer of a right foot is so good then why bother with your left? Shearer only scored 20 left-footed goals in the Premier League but no-one mentioned it at the time. Kane’s ultimate personal target is to hunt down Shearer’s landmark 260, and with 85 goals now needed to overtake him, Kane’s versatility and ability with his weaker foot could be a crucial factor in whether or not it happens. Why have a weak foot when you can have two deadly options instead?