An Ode to Francesco | The Analyst 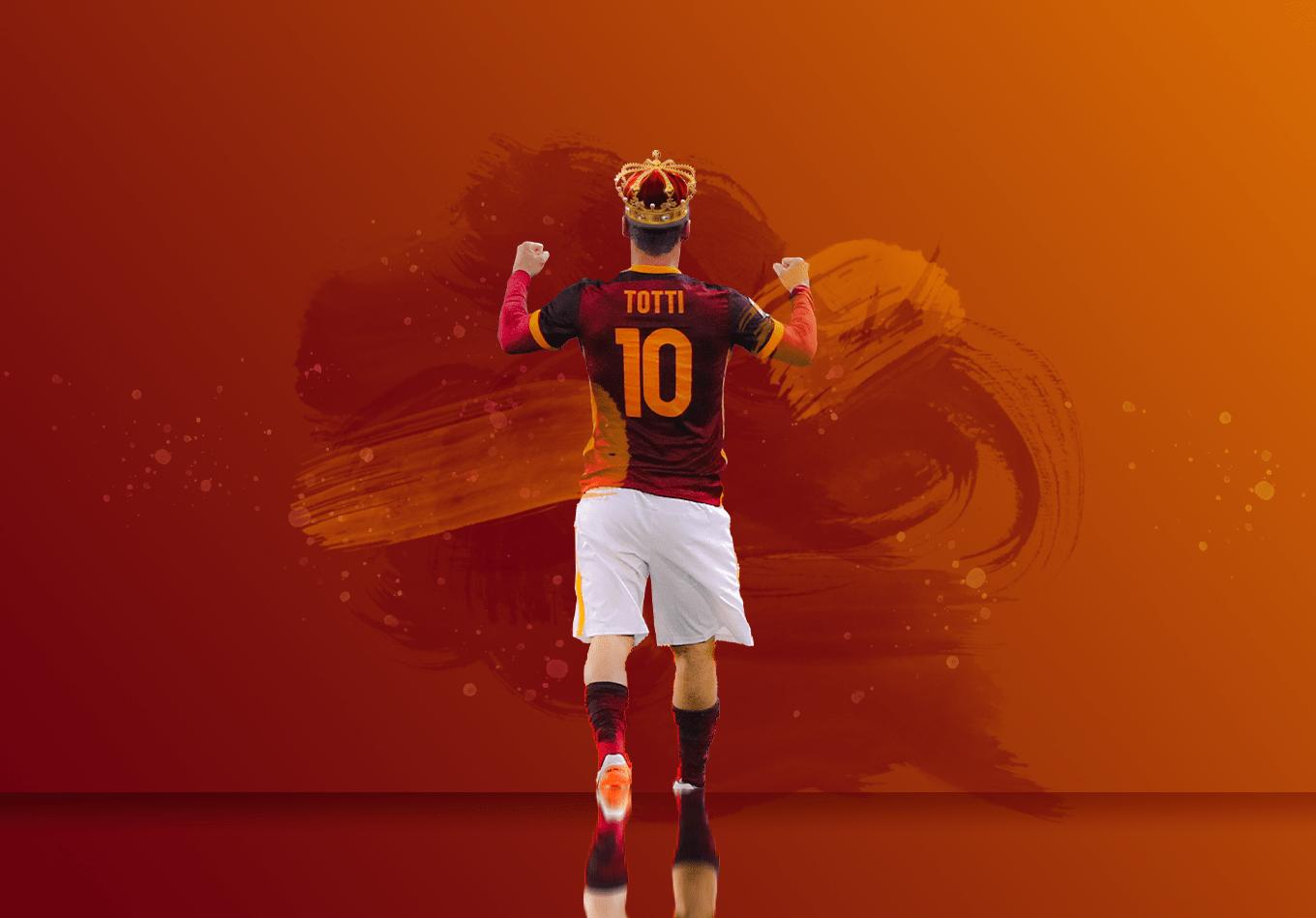 Today marks the anniversary of Francesco Totti’s debut for Roma. No player is ever likely to be adored as much by their fans as he was and still is.

It’s the 1992-93 season and Roma are not having fun. Vujadin Boskov replaced Ottavio Bianchi as manager in the summer but the team, despite the presence of some illustrious names, are not performing. The Giallorossi will go on to finish the season with 31 points (in the two points for a win era), just four more than the four teams relegated to Serie B.

On 28th March, Roma are away at Brescia – one of the four teams who will finish in the drop zone. They are already out of Europe but they are through to the semi-final of the Coppa Italia. Roma are winning 2-0 and Boskov decides to give a few minutes to one of the youngsters on the bench. Roma’s youth system is famous for nurturing young talents but sometimes the pressure is so intense that not many are able to make the grade and establish themselves in the first team.

When Francesco Totti replaces Ruggiero Rizzitelli, he is only 16. There have been rumours about how good he is but for most people he is just one of the many promises, possibly forgotten in the space of a few seasons or loaned out to a Serie B or C club in the summer.

That away win at Brescia is Roma’s last league win of the season.

The following season there is another managerial change. In his three years at Roma, Carlo Mazzone trusts the young Totti more and more. He gives him eight appearances in his first season in charge. Then 21. Then 28.

Totti’s first goal comes on the first matchday of 1994-95, a home draw against Foggia – an instinctive left-footed strike, lashed into the bottom corner. His last goal is a penalty against Cesena in the Coppa Italia quarter-final on 1st February 2017.

25 years. With the same club. The shirt, the badge, the faith.

Without any doubt Francesco Totti is Roma’s greatest player of all time. It’s not an opinion – although if it was no-one would dare dispute it. It is based on facts, on numbers. While others have been able to deliver or impress for a few years, he has been able to enchant the crowds for a quarter of a century.

Totti has scored the most goals for a single team in Serie A history (250 goals). Of course it’s exactly 250. How stylish.

Those 250 goals rank him second overall in the all-time Serie A goal scoring charts. He’s third for all-time Serie A appearances, behind a goalkeeper (Gianluigi Buffon) and a defender (Paulo Maldini) who were far less likely to be kicked off the pitch.

Il Gladiatore has played the most games (783) and scored the most goals (307) for Roma in all competitions and, something never forgotten in the eternal city, he has appeared in more Rome derbies in Serie A (37) and scored more goals (11) than any other player.

His career in the capital spanned 25 Serie A seasons – this is a joint-record at a single club, tied with Paolo Maldini. He is also the oldest player to have scored in the modern Champions League (versus CSKA Moscow aged 38 years, 59 days) and the oldest player to score a brace in Serie A (versus Torino aged 39 years, 206 days).

Even those who noticed the young forward had the potential to enjoy a great career, no-one could have foreseen the path that lay before him.

When he won the Serie A title in 2001, Totti was not even 25. Approaching his prime, many thought he was destined to fill Roma’s trophy cabinet with silverware. But glory never settles by the Tiber, at least in footballing terms. Roma failed to win another title and Totti – who in the meantime had turned down the Galacticos at Real Madrid, decided to keep trying with his beloved club until the end of his playing days.

Many accused him of being lazy, of preferring to be a big fish in a small pond. Of being too provincial, too attached to his local club, afraid to take on bigger challenges. But what he lacked in prizes and trophies he earned in status. He is a god in Rome, a legend in Italian football, and a unique example of oneclubmanship all over the world. It takes courage to stay, to be the centre of attention on and off the pitch for more than 20 years, to carry on your shoulders a team not as talented as you. Year after year.

He still won the 2006 World Cup, just three months after suffering a horrendous leg injury.  Despite the severity of the injury, the Italian played in every World Cup game delivering four assists (nobody made more) and scoring the decisive last-minute penalty against Australia in the last 16. He created 14 chances for his teammates during the tournament, with only midfield maestro Andrea Pirlo (24) furnishing more chances for Italy.

Fresh off a World Cup crown and now entering his 30s, Totti’s 2006-07 was his most prolific. He won the European golden boot after netting 26 league goals and 32 in all competitions. Everything he touched turned to gold that campaign, with his 21 non-penalty league goals (26 scored in total) coming from an Expected Goals total of just 8.7. He can thank his freak technical ability for this huge overperformance, scoring some memorable goals along the way. A left-footed volley from a ridiculous angle against Sampdoria in MD13, before rifling a screamer from outside the box against them in the reverse fixture, were typical of Totti’s genius coming off this season.

Sadly, his last few seasons were marred by a difficult relationship with manager Luciano Spalletti, who actually had an excellent connection with him during his first spell at the club. Totti felt others took the decision for him to stop playing and while he would have loved to carry on, there was no chance he would have done so wearing a different shirt.

His farewell game and speech will forever live in the memory of all Roma fans. A banner on the day said it best: “Speravo de mori’ prima” (I wish I had died first) …