The Full English: A Look Back to 23 Years Ago in the Premier League | The Analyst 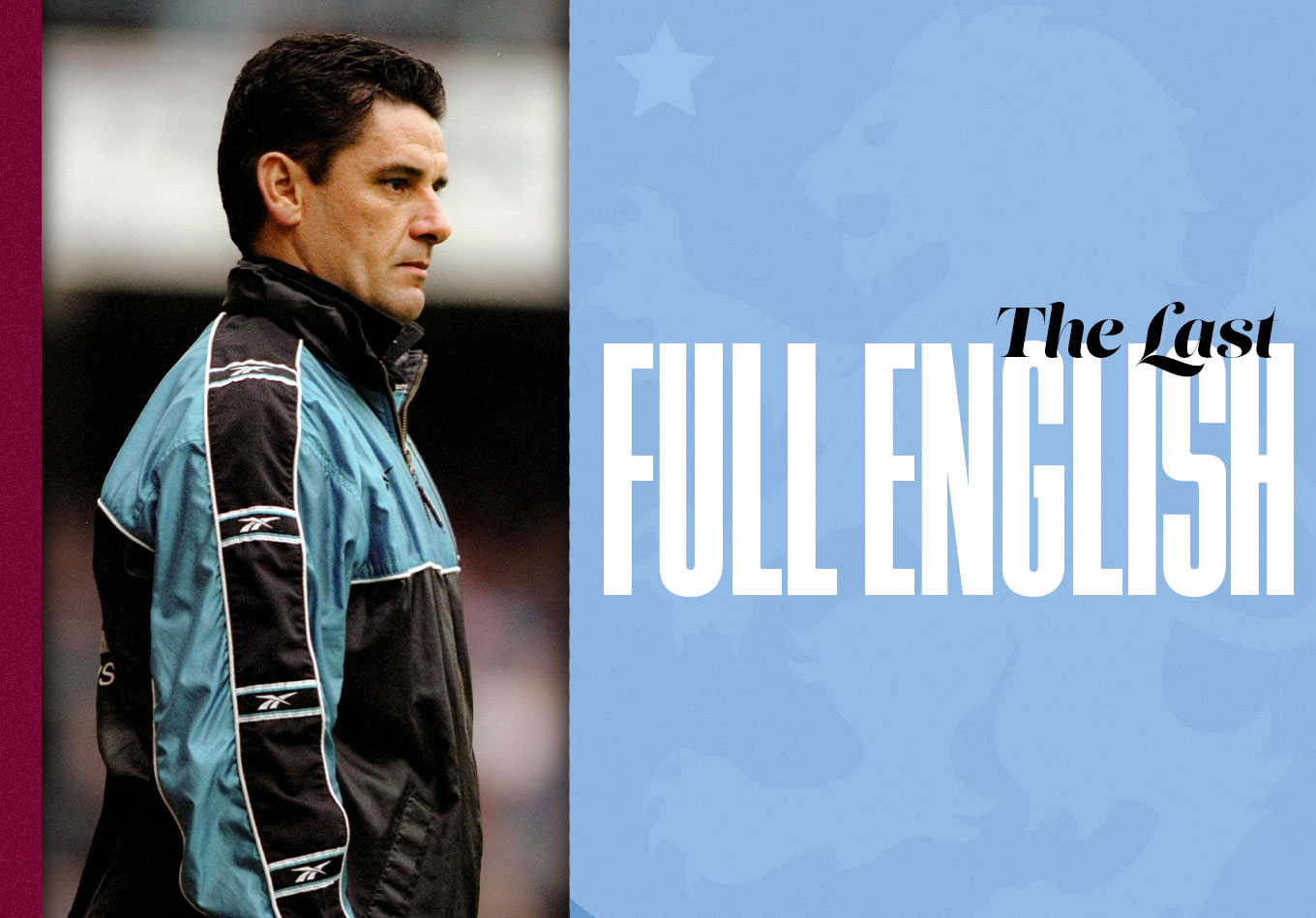 The Full English: A Look Back to 23 Years Ago in the Premier League

When John Gregory handed in the Aston Villa team sheet to referee Uriah Rennie before kick-off on 27th February 1999, little did he know that it would be, as it stands, the last time that an all-English starting XI was named in the competition.

Prior to their meeting with Coventry City that Saturday afternoon, Villa were riding high in fourth place and only 10 points behind from league leaders Manchester United with a game in hand on Sir Alex Ferguson’s men. It was unlikely that Villa would go on to trouble them for the title, but aspirations of Champions League football in the following season certainly weren’t out of the question.

Their form coming into this game wasn’t great, with just one point from four games before the visit of Coventry to Villa Park, and it didn’t get much better. This 4-1 defeat was followed by just three wins in 11 games across the remainder of the 1998-99 campaign and Villa only finished sixth at the end of the season.

“The worst [performance] I’ve seen in all my life, as a player and a manager”

This starting XI started for a second successive Premier League match, but it was also only the second time that they’d all started together. That previous game was six days prior to this meeting with Coventry – a battling 0-0 draw at Wimbledon to end a three-game losing streak. This thrashing to their local rivals ensured that it would be the last time they’d all start together in the competition.

Overall, there have been 52 all-English starting XIs named in Premier League history – 19 of those coming from John Gregory’s Aston Villa side between October 1998 and February 1999, but Villa’s 4-1 defeat would be the last.

Since this match on 27th February 1999, there have been 17,444 starting XIs named in the Premier League across 8,722 matches. None of those have contained 11 English players, although we’ve come very close…

Middlesbrough supporters are still adamant that their club achieved this on the final day of the 2005-06 season at Fulham, but not so based on national team affiliation.

Boro fans are rightly proud of the fact that Steve McClaren’s starting XI on 7th May 2006 contained 11 players with an average age of 20 years and 181 days – the youngest starting XI in Premier League history.

Fifteen of the 16 players in their squad were born within 30 miles of the Riverside Stadium, while Lee Cattermole would become the club’s youngest-ever captain.

Unfortunately for Boro, James Morrison was capped by Scotland two years later in May 2008, which means their total of 11 English players is downgraded to 10 and the joint record voided for statistical purposes.

Despite losing 1-0 to Fulham on the day, it was undoubtedly a day to remember…just not for playing 11 English players in their starting XI.

The closest we’ve got in recent years has been, perhaps inevitably, Sean Dyche’s Burnley side. Between June 2020 and February 2021, the Lancashire side started 10 English players across four different matches – the last of which came just a day off the 22-year anniversary of John Gregory’s Aston Villa XI.

That starting XI on 28th February 2021 didn’t do too well, losing 4-0 away at Spurs – the only non-English player in the starting line-up was Czech striker Matej Vydra.

By the time of Villa’s final Premier League English starting XI in February 1999, the playing time for English players in the competition was on a downward spiral. The first season following the Bosman Ruling – 1996-97 – saw the biggest drop in proportion of minutes played by English players from any one Premier League season to the next (8.2%).

Nine different English players made an appearance for Chelsea in the 1998-99 Premier League season, including two that eventually entered the pitch at Southampton as a substitute: Jon Harley and Jody Morris. One of the other nine was John Terry, who had only appeared three times in the competition at that stage of his career.

Following the match, The Guardian joked that, “Chelsea will soon be accepting euros at the club shop,” and that skipper Dennis Wise – absent on the day – might change his name to “Dennis Raisonnable”.

Just over four years later, it was in a match against Chelsea that the first-ever Premier League starting XI containing 11 different nationalities was witnessed.

This has been done on a further 88 occasions in the Premier League, with the only instance in 2021-22 so far coming from Watford in their 4-1 defeat to West Ham on 28th December.

This section serves as a special shoutout to the five occasions that a team have selected as many as seven players of the same non-British nationality in a Premier League game, with the latest three of those hardly going to come as a surprise to many.

Wolves have started with seven different Portuguese players in their starting XI on three different occasions – December 2020 versus Spurs, January 2021 against Brighton and January 2022 versus Brentford.

Before that, we saw Newcastle United start with seven different Frenchmen in their game with Liverpool in October 2013, matching Fulham’s efforts in August 2003 versus Middlesbrough, when they also began the match with seven French players in their starting line-up.

Another special mention goes to Brentford, who became the only team in Premier League history to start with five different Danish players in a match when they lost to Manchester United in January 2022. This could possibly be beaten by the Bees later this season, following the signing of Christian Eriksen.

We now know that it’s been 23 years since a Premier League club started with 11 English players in a match, but how does that timespan compare to the other big European leagues?

In La Liga, Athletic Club start with 11 Spanish players in every match due to their cantera policy of bringing young Basque players through the ranks, as well as only recruiting players who were born within the Basque Country.

The last team in Ligue 1 to name a full starting XI of French players were Nice on 14th February 2004. In that match, opponents Nantes showed no love on Valentines Day, beating Nice’s French XI 3-1.

In January 2019, SC Freiburg started 11 German players in their Bundesliga match against Hoffenheim, but they suffered a 4-2 defeat at home. Five months later, Frosinone became the most recent team in Serie A to start with 11 Italian players in their 0-0 draw at home to Chievo. They started six Serie A games with 11 Italian players between April and May 2019, but it didn’t work out too well for them as they were relegated to Serie B.

So far in 2021-22, it’s La Liga that leads the way in using home nation talent among the big five European leagues, with 57.1% of minutes being handed to Spanish players this season so far. The last time that the Premier League saw a proportion of minutes given to English players at this level was in 1995-96 (64.0%), with the English top-flight now the lowest in terms of giving minutes to home nation players (34.1%), just behind Italians in Serie A (34.7%). In a league of foreign stars, John Gregory’s hyperlocal team selection last century lives on as a reminder of how global the Premier League has become.