DRIP's Winners and Losers of the 2021 NBA Draft | The Analyst 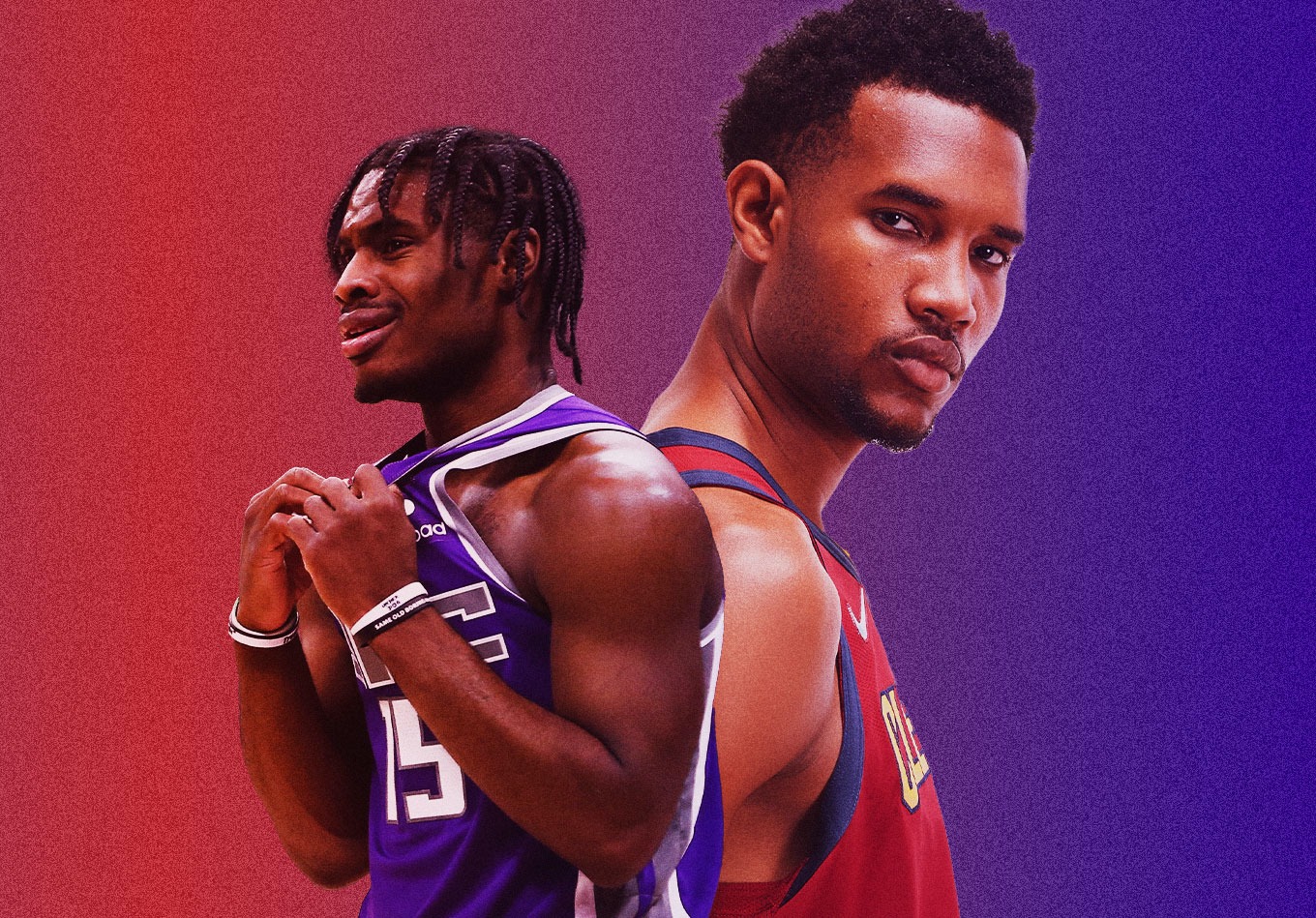 DRIP’s Winners and Losers of the 2021 NBA Draft

As the NBA regular season winds down, it’s become apparent that the 2021 draft class is a formidable one.

Second-round steals Herbert Jones and Ayo Dosunmu have emerged as solid players, while several players in the late first round have flashed potential as well.

And coupled with that depth is the star potential displayed by some of the lottery picks. It can be tough to miss on a lottery pick, but it would be especially painful to draft the wrong player in a draft as loaded with potential stars as the 2021 draft seems to be.

So, with almost one year of data, which teams that picked in the lottery feel good about the selection they made and which might have some remorse? Using DRIP, we can evaluate how the rookies have played so far and what it might mean for their future.

DRIP is a projection of how good a player is currently, and for rookies most of each player’s projection is based off this year’s performance. And while the level of play so far is obviously important, some teams might be fine with a player who hasn’t performed well so far but has the potential to be better in a few years. Context is needed with all projections, but it is particularly important when evaluating rookies’ current play and their futures.

Cade Cunningham has shown why he’s an elite prospect in the second half of the season, and Jalen Green has flashed his go-to scoring potential down the stretch as well. But, as things sit today, the Cleveland Cavaliers have to be pinching themselves that Evan Mobley was available for them to select with the third overall pick.

Mobley has the second most DRIP among rookies selected in the lottery last season and is one of two rookies to have a positive DRIP.

While it may not seem impressive, being a player with a positive impact as a rookie is extremely rare. DRIP projects all rookies in the negative to start the year because, well, that’s what almost always happens. Even the most talented of players need to get accustomed to the physicality and meticulous nature of the league.

Defense is the more challenging part for most rookies. Even elite defenders sometimes struggle as rookies due to having to learn more sophisticated coverages, deal with smarter and more talented gameplans, and having to maintain the endurance required for a game that is eight minutes longer than in college. But Mobley has been electric on that end, with his 1.2 D-DRIP trailing only Jarrett Allen on the Cavaliers fifth-ranked defense. And with Allen injured, Mobley has kept the Cavaliers afloat on defense. The team has gone 4-4 without Allen, including an impressive win over the Denver Nuggets in which Mobley dropped 27 points and grabbed 11 rebounds while holding his own against the reigning MVP.

Even if you’re skeptical of the advanced numbers on defense, Mobley’s raw offensive numbers speak for themselves. He’s averaging 15.2 points, 8.3 rebounds and 2.6 assists. If these numbers hold, he’ll be one of four rookies since 2000-01 to average 15+ points, 8+rebounds and 2.5+ assists, joining Blake Griffin, Ben Simmons and Pau Gasol. And even with some of the negativity surrounding Simmons lately, all three of these players made an All-NBA team. All three of those players did so in their age 21 season, with Griffin and Simmons sitting out their first years due to injury and Gasol coming over from playing professionally with FC Barcelona. Mobley is doing it in his age 20 season with just one year at USC under his belt. There’s hardly a ceiling on his future prospects.

The only rookie with a better DRIP than Evan Mobley? That would be Scottie Barnes.

Barnes is the exact kind of players that projection systems love because his true impact isn’t always seen at first glance. There’s an inherent value to not taking almost anything off the table, and Barnes is solid or better at almost every aspect of the game. Using per-game stats, Barnes is in the top five in points, rebounds, assists and blocks and sixth in steals among all rookies.

Fit matters in how a player develops and it’s hard to see a better fit for Barnes than in Toronto. Eyebrows were raised when the Raptors bypassed Jalen Suggs to take Barnes with the fourth pick, because the team already had Pascal Siakam and OG Anunoby. Nobody realized Toronto was just trying to assemble an army of limbs to live in the nightmares of all opponents.

Barnes has fit right in, wrecking opponents game plans on both ends with his size, toughness and motor. Like all rookies, there are times he gets blown by after switching onto quicker guards and he can get lost off the ball as well. But there is a much bigger margin for error when you have a wingspan of almost 7-foot-3, and Barnes often recovers from any mistake in time to stay in the play.

His defensive upside and motor were always the positives, but his playmaking has been even better than anticipated, and he’s shown a lot of touch near the basket. The outside shooting was the big question mark with Barnes, but even that has some positive trends in his rookie season. He’s still only shooting 30.9% on 3-pointers, slightly up form his 27.5% in college. But his free-throw shooting has been much better, as he’s improved his percentage to 72.6% compared to 62.1% in college.

If the free-throw shooting indicates Barnes could turn into even an average shooter from outside, he’s going to be a star on both sides of the ball. Even if the shooting doesn’t come, the Raptors have to be really pleased with how good Barnes already is, and how good he can become.

Coming off his team’s championship run in the NCAA tournament, Davion Mitchell was a divisive draft prospect. Some thought his on-ball defensive chops and improved scoring ability put him in the same tier as prospects like Franz Wagner and Jonathan Kuminga. Others thought his age and lack of size and shooting ability should’ve pushed him out of the lottery altogether.

Mitchell has shown some of why the Kings (and others) thought so highly of him this year, especially in on-ball defensive situations. But the overall performance hasn’t been great, as Mitchell ranks 13th among the 14 lottery picks in DRIP.

The shooting issues have come to the forefront, as Mitchell is shooting 32.3% on 4.3 3-pointers per game. It’s really difficult to be that poor of an outside shooter at 6-2 without being a top-tier playmaker. Mitchell is solid distributing the ball but isn’t elite. He also doesn’t get to the free-throw line very often. Mitchell has shot more than three free throws in a game only three times all season. He has to get to the line more to be consistently effective.

While Mitchell has had great stretches as an on-ball defender, he’s fallen victim to some off-ball issues that are common among rookies. But for a player whose value is largely tied to his defense, off-ball issues and a lack of positional versatility can be an issue.

While players like Mobley and Barnes can play with many different types of players next to them, Mitchell’s size and lack of shooting make it hard to put him in a lineup with any other players lacking either of those skills, particularly on the perimeter.

It was at least a contributing factor in the decision to trade Tyrese Haliburton in a package for Domantas Sabonis. Haliburton’s lack of success with De’Aaron Fox was an issue, but the two of them could’ve likely worked with the right pieces around them. But throw in Mitchell, and there wasn’t a realistic scenario that all three guards could play in a playoff-caliber lineup together.

Mitchell has shown more promise lately, scoring 25 and 28 points in his last two games, which account for two of his three highest totals of the season. He can certainly be a productive player for Sacramento’s future. But it’s fair to wonder whether the Kings expected more from a rookie who is already 23 years old.

For the most part, the lottery picks this season have at least earned enough minutes to show flashes of their potential. Every lottery pick of 2021 has played at least 500 minutes, except for James Bouknight, who has only played 296, 46th among all rookies. Bouknight has struggled to stay in the rotation and hasn’t been productive when he’s been there, averaging 5.0 points on 4.9 shots per game.

Those numbers are even more jarring because Bouknight’s scoring ability was supposed to be one of his calling cards in the NBA. He jumped to 18.7 points per game in his sophomore season in college, and the Charlotte Hornets were in desperate need of a scoring punch after finishing 23rd in offensive efficiency last season.

But Bouknight hasn’t yet looked the part of a dynamic scorer in the NBA, and he hasn’t been good on the other side of the ball either, as his -1.8 D-DRIP ranks second-to-last among Hornets players, edging out only newcomer Isaiah Thomas.

It’s all the more painful for the Hornets, a team perpetually searching for long-term answers in their big-man rotation, that Alperen Senguin, still available to them with the 11th pick, has flashed a lot of potential for the Houston Rockets. If Bouknight doesn’t improve a lot from his slow start, Charlotte will end up regretting taking him over the other options available at the time.