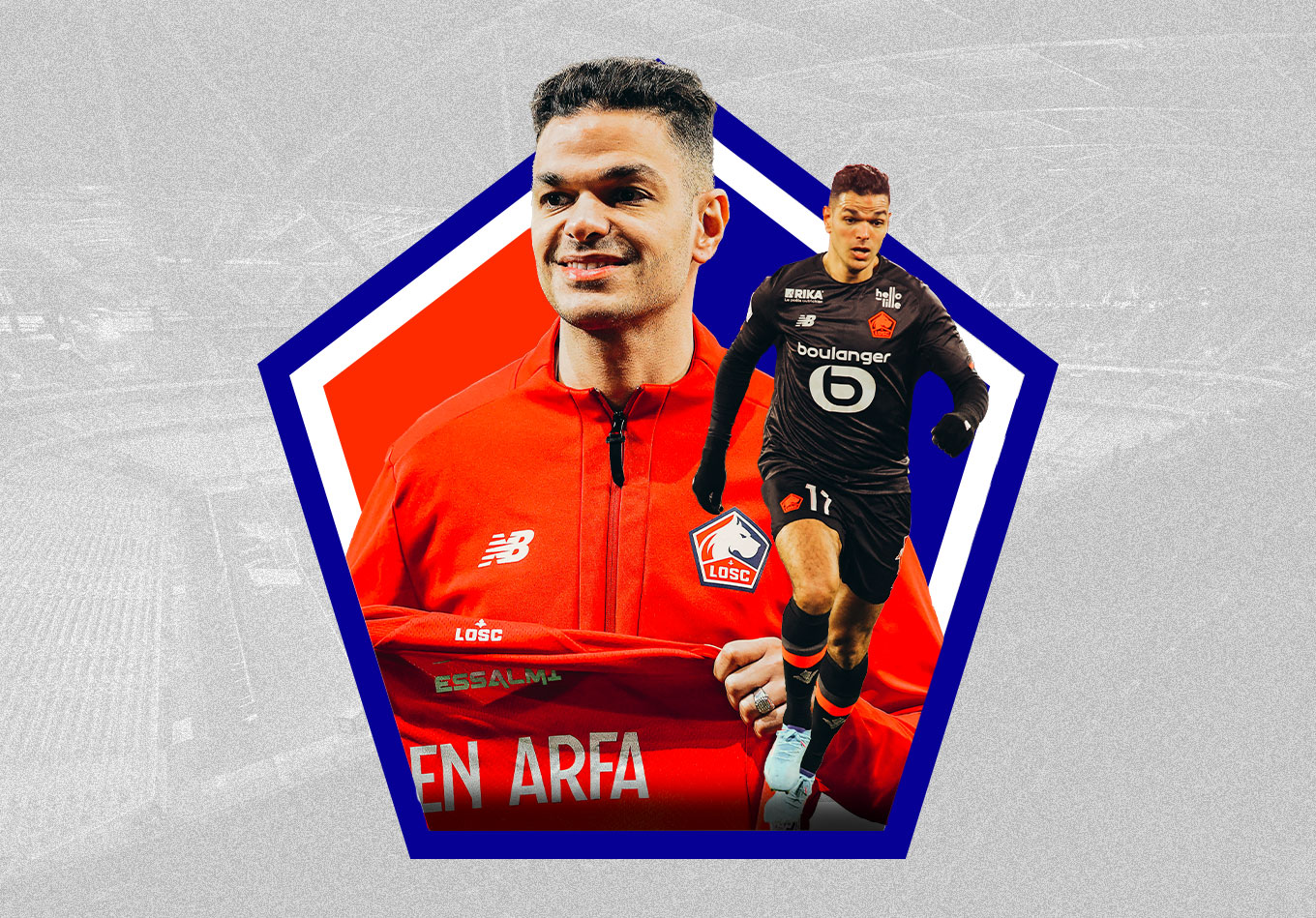 In joining Lille this January, Hatem Ben Arfa sealed a transfer to a 10th different club in his professional career and the fifth one over the last five years. Despite his age and a history of not quite living up to expectation, the former French international continues to draw attention wherever he goes because of his simultaneous capacity for the sublime and the ordinary. This is the data-driven story of one of football’s great enigmas.

As any summer transfer window comes to an end, he will answer the call. Now quite accustomed to spending the off-season without a contract, the talents of Hatem Ben Arfa are too tantalising for a club not to make him an offer, hoping they can be the one to finally unlock the magic that clearly resides inside the Frenchman.  In 2022, it is Lille who have this time taken a punt on “HBA”, with the winger signing for six months at the current Ligue 1 titleholders and future opponents of Chelsea in the Champions League last 16. Lille are not enjoying themselves as much this campaign, with the side currently stuck in mid-table.

Whatever happens in the Northern side of France – and to be honest, with the rest of Ben Arfa’s career – he is and will remain France’s best dribbler since Zinedine Zidane’s retirement in 2006. Since then, only Neymar (5.0) and Lionel Messi (4.7) have completed more dribbles per 90 minutes on average than HBA (4.3) in the big five European leagues (of players with 15,000+ minutes played). In Ligue 1 alone, he has completed 628 of his 1,217 dribbles across 214 appearances – both figures being French top-flight highs in recorded history since Opta’s full analysis of the competition began in 2006-07.

The Curse of “Generation 87”

Before his professional debut with Lyon in August 2004, Ben Arfa was already in the spotlight. In 2002, he featured in the documentary series “À la Clairefontaine” describing the life of teenagers inside the INF Clairefontaine, the most famous academy for French young footballers. The attacking midfielder became one of the main characters of the series, notably because of his fight with Abou Diaby. His first major exploit on a football pitch was in May 2004 when he won the UEFA European Under-17 Championships alongside Karim Benzema, Samir Nasri and Jérémy Ménez. This quartet was subsequently heralded as the future of the French national team but they all experienced various setbacks that resulted in none of them being among the victorious squad at the 2018 World Cup.

At Lyon, Ben Arfa became the first teenager to appear in Ligue 1 in the 21st century (followed a few months later by Karim Benzema). At first, he struggled to find a place as a regular starter in a team that was dominating Ligue 1 back then – Lyon won seven league titles in a row between 2002 and 2008. But he took advantage of Florent Malouda’s departure to Chelsea in 2007 to gain more minutes and showcase his abilities. During his last season at Lyon, he was involved in 11 goals in Ligue 1 (six goals, five assists) and won Young Player of the Year. He also won his first six international caps during that campaign, scoring on his first appearance against the Faroe Islands. After that debut, you’d have found it hard to believe that Ben Arfa would go on to appear for Les Blues just nine more times in his career and score just one more goal.

The Grass Isn’t Greener Away from Lyon

Due to multiple conflicts with his managers (Eric Gerets and Didier Deschamps with Marseille, Laurent Blanc with the national team, Steve Bruce with Hull City) and various injuries (he missed 59 games in four seasons at Newcastle), Ben Arfa ultimately failed to take off as expected, even if he did have his moments. He played a part in Marseille’s last league title in 2010 before leaving for the Magpies in a spell where he alternated between disappointing performances and genius pieces of skill like his goal against Blackburn Rovers in the 2011-12 FA Cup. This memorable strike saw Ben Arfa carry the ball for 40 meters before scoring at close range despite the presence of four opponents.

During his spell at Newcastle, he was one of the most active dribblers in the Premier League, completing 4.15 per 90 minutes, by far the best average during his time in the league.

Ben Arfa’s single-game dribbling record also came on Tyneside, in December 2013 in Newcastle’s 5-1 win over Stoke.  Ben Arfa beat his opponent on 12 of his 18 dribbles – 11 were in the final third – including one which led to an assist for his side’s first goal of the game scored by Loïc Rémy. Then, in classic Ben Arfa fashion, he contributed to just one goal across the next 13 league games during that 2013-14 campaign, before Newcastle parted ways with him.

Pushed out of the Premier League after a poor 2014, with Newcastle and then Hull City, Ben Arfa bounced back at Nice in 2015-16 when he enjoyed the most successful season of his career, scoring 17 goals and providing six assists in 34 league appearances as Nice finished fourth in Ligue 1.

His 153 successful take-ons in the French top-flight that season are still the most of any player in a single campaign since 2006-07. This campaign showed he was still able to pass multiple defenders with one ball carry, completing 44 multi take-ons (the number of player possessions that contain more than one take-on) – 25 more than anyone over that period.

After an incredible season with Nice, Ben Arfa decided to step up and join Paris Saint-Germain on a free transfer. He scored in his first appearance in the French Champions’ Trophy but he quickly lost the confidence of his manager after disappointing performances. In 23 league appearances with PSG, he only attempted 15 shots without scoring a single goal. A reported conflict between the player and Emir Tamim al-Thani, the club’s owner, then forced Unai Emery to leave him out of the squad from April 2017 until the end of his contract in June 2018.

History repeats itself. Ben Arfa was once again back at it. In September 2018, he joined Rennes under the presidency of Olivier Létang, previously PSG’s sporting director (who has since become Lille’s president – it’s a small world). In Brittany, Ben Arfa showed decent form with nine goals and six assists in 41 appearances in all competitions. He actively participated in Rennes best European campaign where they reached the last 16 of the UEFA Europa League and eventually got his revenge on his former side by winning the Coupe de France final against PSG (2-2 AET., 6-5 on penalties).

Once again, Ben Arfa surprised everyone by prematurely terminating his contract with Rennes. Since then he has struggled to bounce back again. He spent a few months with Real Valladolid in 2020, playing only 158 minutes, and then signed a one-year deal with Bordeaux in 2020-21 where he failed to have as much impact as in Nice or Rennes. At Lille, he has the ambition to be more than a super sub, a role that never suited him – he’s made 88 substitute appearances in Ligue 1 and has never scored coming off the bench, the second-highest figure in history.

There’s little doubt that Ben Arfa has the talent to perform at the highest level, but the upcoming months look like the last chance for him to show that he’s still got the desire to be at the top of his game. 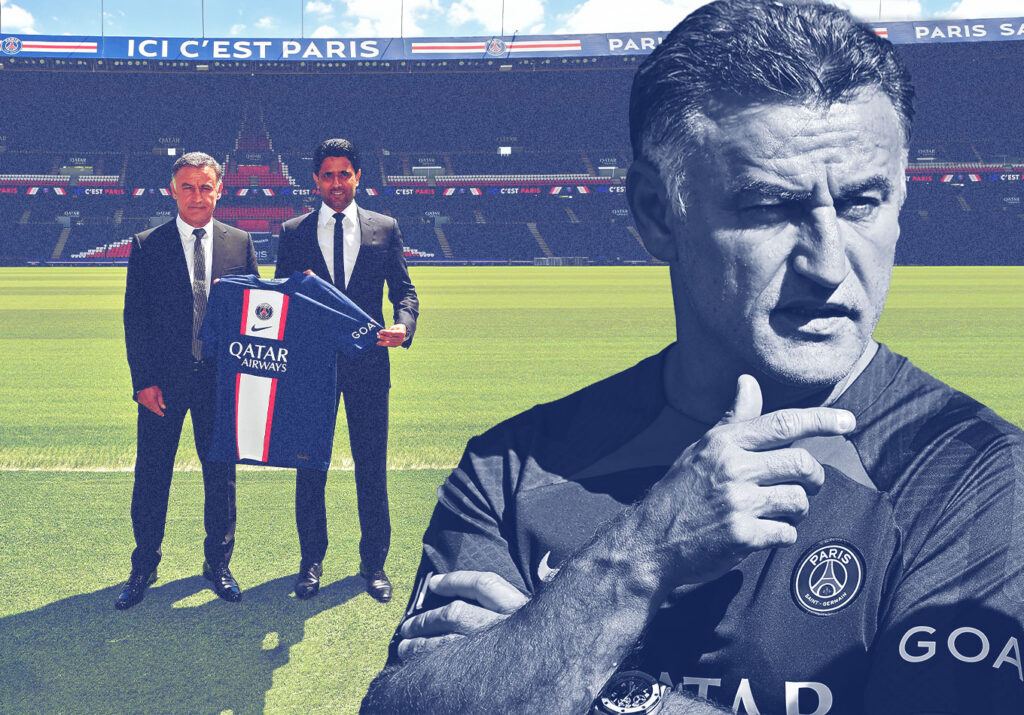 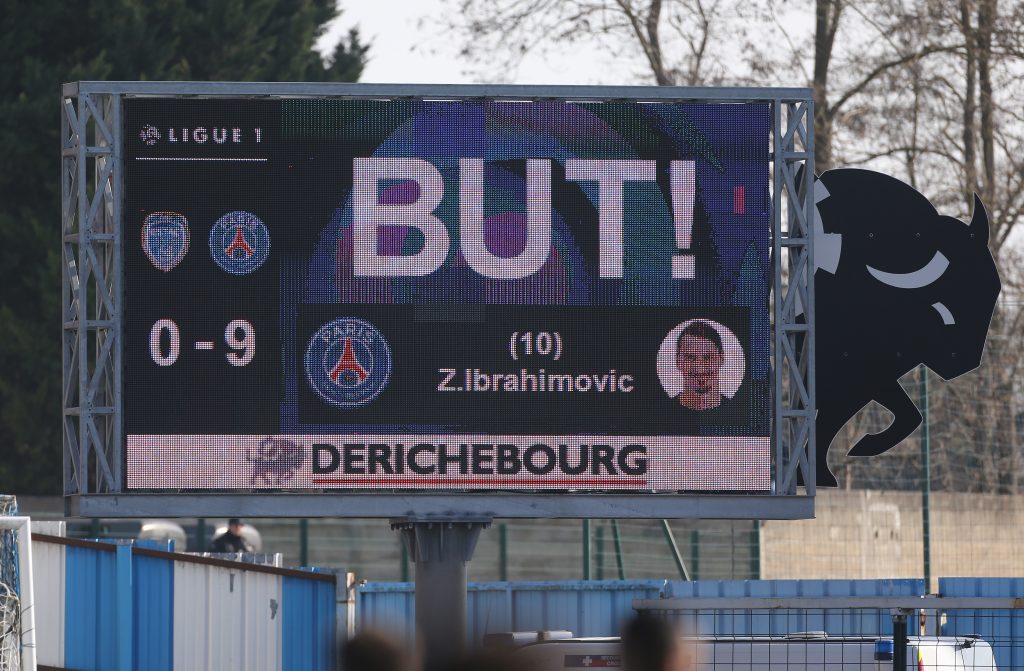