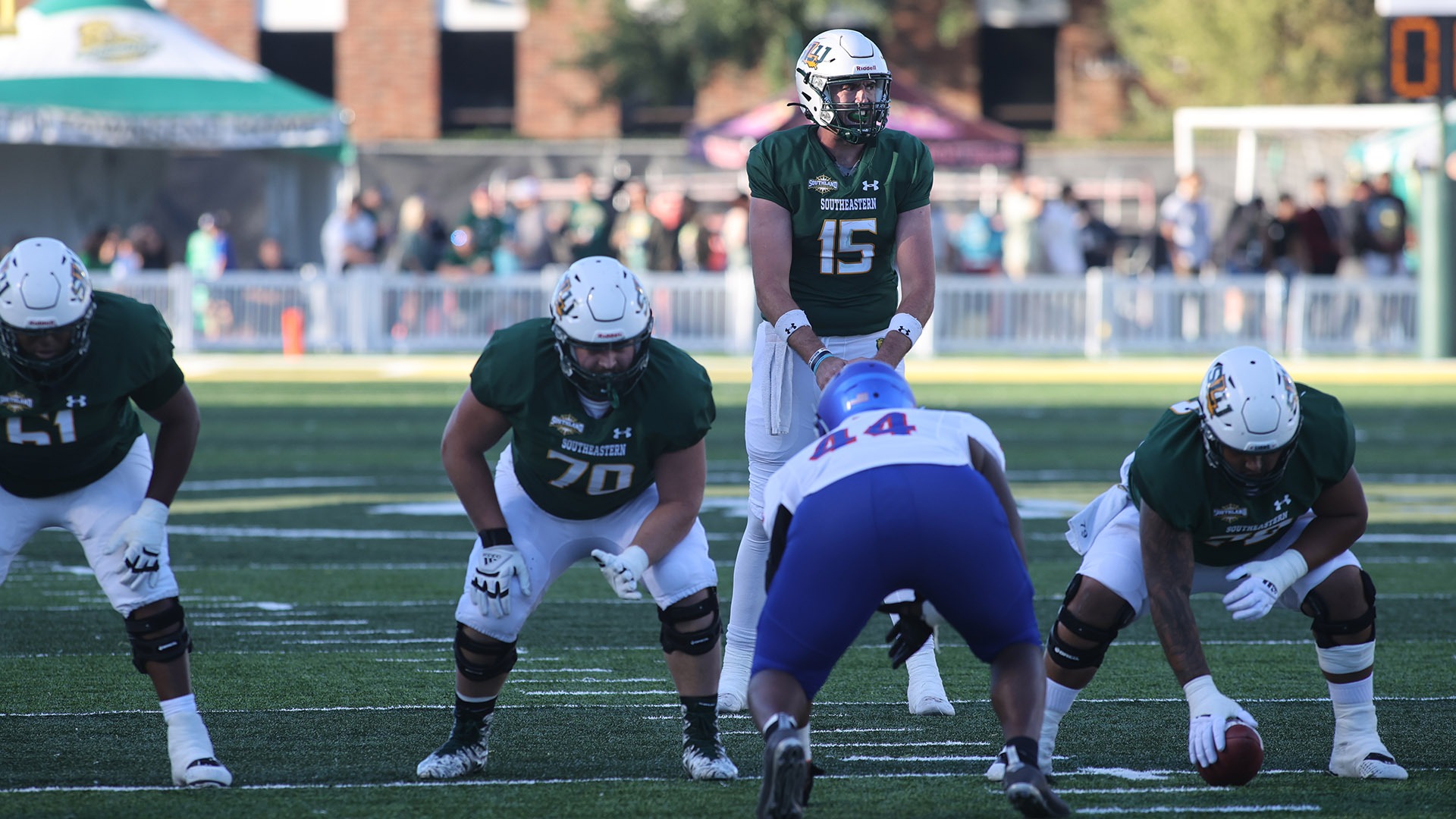 It surely will be impressive at the NFL Combine when the biggest quarterback is moving around the pocket and ripping throws down the field.

What NFL personnel may learn about Southeastern Louisiana’s Cole Kelley – all 6-foot-6½, 248 pounds of him – is his passing touch.

The 2020 recipient of the Stats Perform Walter Payton Award and 2021 runner-up for FCS offensive player of the year finished three seasons at SLU with the highest completion percentage in subdivision history. He connected on 685 of 950 attempts for 72.1 percent accuracy.

Kelley was one of 15 quarterbacks and 324 NFL Draft prospects invited on Wednesday to the Combine, to be held from Feb. 28 to March 7 at Lucas Oil Stadium in Indianapolis. The FCS class of prospects is particularly strong, with 21 overall invites – the most since 2016 – and all coming off recent all-star game appearances. Although three of the 21 played their final season at an FBS school, the 18 invitees going straight from the FCS are still the most since 2018.

Kelley, a two-time first-team All-American, showcased his skills recently at two all-star games, the first time as one of the key prospects at the Hula Bowl. Two weeks later at the NFLPA Collegiate Bowl, he earned the MVP award after going 12 of 17 for 150 yards and a touchdown, and completing a game-winning two-point pass attempt.

“Going to the Combine is a dream come true for me. Every kid that loves football watches it growing up hoping they can participate in it one day,” Kelley said. “As far as the draft process goes, I am just focusing on controlling what I can control on a day-to-day basis with how I work out and train, how I eat, and how i study, etc.”

Kelley transferred to Southeastern in 2019 after playing in 18 games and starting six at Arkansas the two previous years. He’s a field general who’s considered to throw a good, catchable ball, and he raised his play in his final season, although Kelley and Eastern Washington’s Eric Barriere flip-flopped positions in the Payton Award voting from the spring campaign. Kelley had 5,124 passing yards and 60 total touchdowns (passes and rushes) – both the second-highest totals ever for an FCS season.

He is considered a late-round prospect.

Said former NFL quarterback Ron Jaworski of Kelley on the Hula Bowl broadcast: “Arm strength is something you can’t teach. You can teach reading defenses, you can teach some food work. But if you have arm strength, that’s not teachable. He has the arm strength.”