Pass and Move (It's the Liverpool Groove) | The Analyst 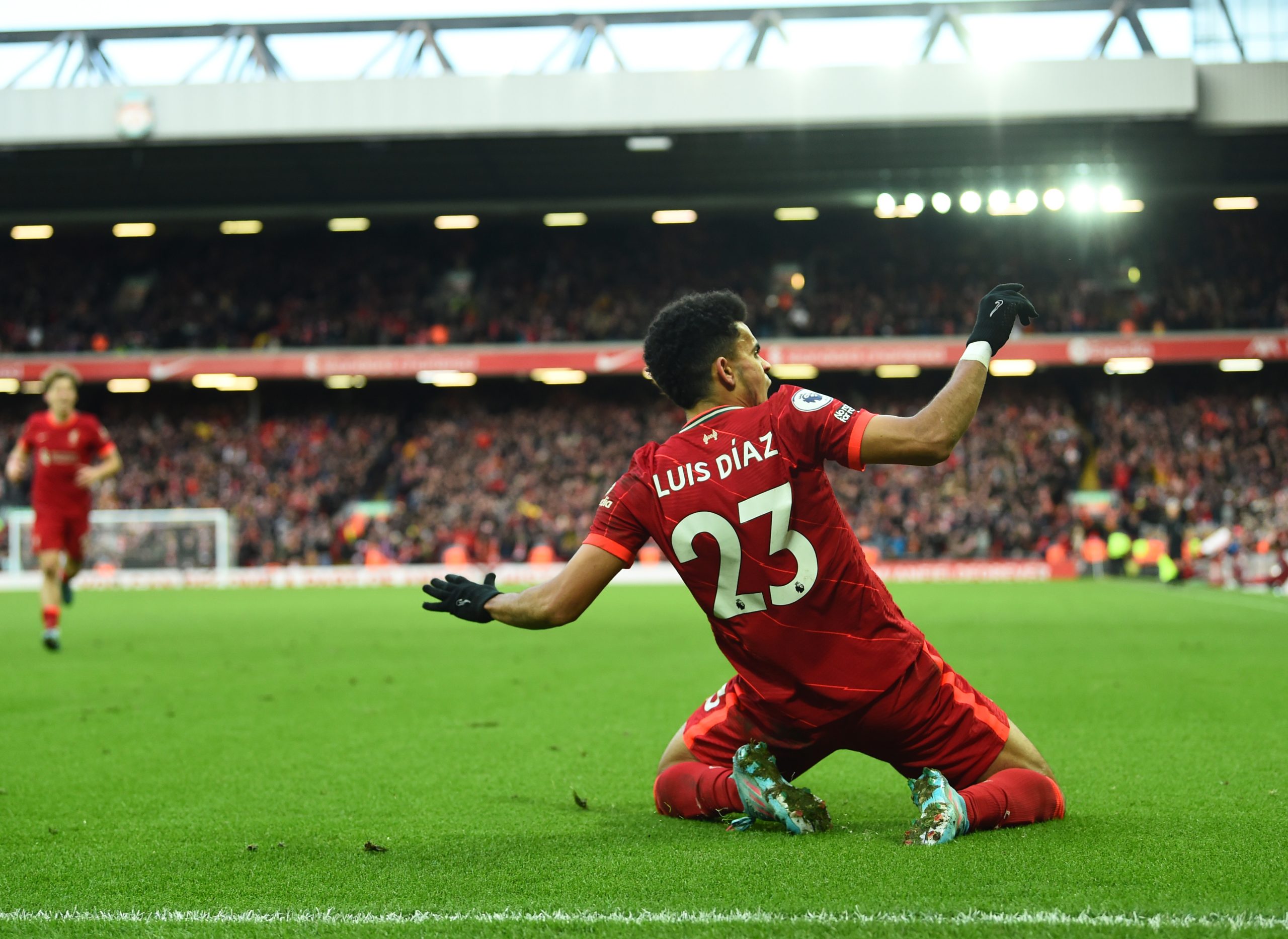 Luis Díaz scored the first goal of his Liverpool career in Saturday’s 3-1 Premier League win over Norwich City at Anfield. His 81st minute strike was made even more special by the incredible 34-pass move in the build-up, with that sequence being the longest seen in the Premier League so far this season.

Here, we look at the five longest passing sequences leading to goals in the 2021-22 Premier League season, so far.

Liverpool had already recovered from going a goal down in their meeting with Norwich City, leading 2-1 before Luis Díaz put the game out of reach for the relegation-threatened Canaries.

The 34-pass move leading to the goal involved 10 of Liverpool’s players, with substitute Divock Origi the only bystander – looking on in awe at Jordan Henderson’s through ball to assist Díaz’s strike.

Díaz’s goal was the 100th scored in all competitions by Liverpool in 2021-22 and in scoring he became the 16th different Colombian player to score in the Premier League.

Yoane Wissa’s goal for Brentford against Aston Villa on 2nd January ended a 31-pass passing move – until this weekend, the longest passing sequence leading to a Premier League goal in 2021-22.

Wissa’s strike was the equaliser for the Bees, before Mads Roerslev’s 83rd-minute goal won the game for the Premier League new boys. Wissa – who joined the club from Brentford in the summer from Ligue 1 side Lorient – scored his goal from outside the box, Brentford’s first-ever Premier League goal that didn’t come from within the penalty area.

This goal came after 100 seconds of uninterrupted possession for Brentford – the longest period of time ahead of a goal scored in the 2021-22 Premier League so far.

Bernardo Silva capped a 26-pass move to send Manchester City into half-time with a 2-0 lead against their rivals in this November 2021 Manchester derby – the assist coming from a delicious cross via fellow Portuguese João Cancelo.

All three of Bernardo Silva’s goals against Manchester United for Manchester City have come at Old Trafford, scoring in three of his last four appearances there – it’s certainly a ground that he enjoys playing at.

When Jordan Henderson scored in the fourth minute of Liverpool’s home meeting with Brentford in October 2021, Reds’ fans would have been believing they were in for a treat that afternoon – even more so when Sadio Mané added a second just 20 minutes later.

However, for just the sixth time in Premier League history, Liverpool failed to go on and win a home match which they have led by at least two goals, with Brighton coming back to secure a 2-2 draw at Anfield.

Mohamed Elyounoussi capped off a 23-pass move to score Southampton’s second goal in an eventual 3-2 win at Tottenham Hotspur in February.

Saints’ fans would have been thinking that his 80th-minute strike had rescued an unlikely point for their side after coming from behind, but it got even better for them only two minutes and 17 seconds later, when Che Adams scored what turned out to be the winner. Both of these goals were assisted by James Ward-Prowse – only the second time that he’d assisted two goals in a single Premier League match after doing so in December 2014 against Crystal Palace.

This goal helped Southampton to become the first team to defeat Antonio Conte’s Spurs at home in the Premier League, after the Italian had enjoyed a five-game unbeaten streak to begin life at the Tottenham Hotspur Stadium (W4 D1 L0).