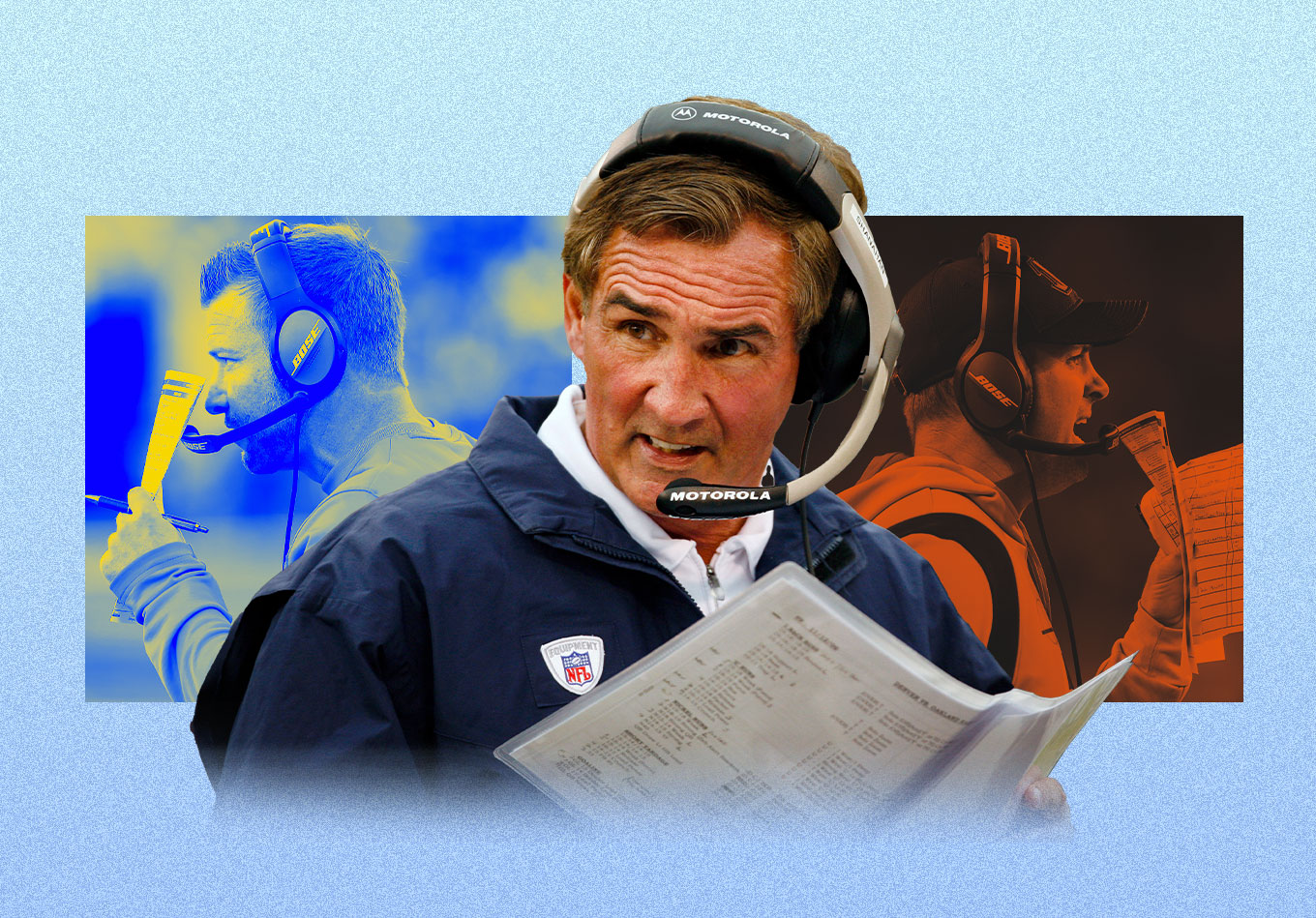 It is a shame former Denver Broncos and Washington head coach Mike Shanahan has not yet had his name placed among the NFL’s elite in Canton, Ohio, and it goes far beyond his two Super Bowl rings.

It is entirely possible that nobody had more of an influence on these playoffs than a coach who has not been on the sideline in nearly a decade. Long after hanging up the headset in 2013, Shanahan has a tight grip on the current outlook of the NFL and its offensive philosophies.

When the San Francisco 49ers and Los Angeles Rams took the field last weekend, both head coaches had served stints under Shanahan (the Niners coach being his son Kyle).

On the AFC side, it was Zac Taylor, a Sean McVay disciple who incorporates Shanahan-style, wide-zone looks into his rushing attack. The trickle-down from Shanahan’s leadership is incredibly hard to miss as potentially 13 teams could be incorporating his wide-zone run philosophy with play-action, leaks, and corner post variations influencing their passing attacks in 2022.

The Shanahan tree does not stop with McVay, Taylor, or his son, however. He’s influenced several coaches to the point where his tree now has grandchildren and great grandchildren.

This is where the fun begins.

While there are not a ton of names connected to Shell or Lynn besides Tom Walsh, Cleveland Browns offensive line coach Bill Callahan, former NFL head coach Marc Trestman and a loose connection to Philadelphia Eagles head coach Nick Sirianni, both Kubiak and LaFleur have already branched out with impressive trees of their own. McVay and Kyle Shanahan join the pack with a list of NFL coaches using the Shanahan philosophies in their offenses.

Kyle Shanahan seemingly has a member of his coaching staff poached every single year as teams look for a new play-caller and head coach. After taking the head coaching job of the New York Jets a year ago, Robert Saleh took Mike LaFleur (former 49ers staffer and brother to Matt) with him as his offensive coordinator.

Shane Day earned the quarterbacks coach and passing game coordinator job with the Chargers under Brandon Staley a year ago after spending time with Shanahan. Do not be shocked to see Rich Scangarello, who made Drew Lock look serviceable in Denver, get another shot to call plays again soon as well.

While winning 39 games in his three years as Packers head coach, LaFleur has already had two of his disciples receive head coaching jobs and another just get promoted to a play-calling role. Former Green Bay quarterbacks coach Luke Getsy has since been hired as the offensive coordinator for the Chicago Bears, while Packers offensive coordinator Nathaniel Hackett has been hired as the head coach of the Broncos.

After LaFleur took the job in Green Bay, the Tennessee Titans promoted their tight ends coach Arthur Smith to offensive coordinator. He has since taken over as head coach of the Atlanta Falcons with Todd Downing carrying over the wide-zone philosophy as the new offensive coordinator in Tennessee.

Gary Kubiak has certainly left his mark on the NFL as well, producing several play-callers to his name. Kyle Shanahan and LaFleur spent time under Kubiak throughout his career, and Cleveland Browns head coach Kevin Stefanski is an immediate product of his offensive mind after spending three years together with the Minnesota Vikings. His son, Klint, took over as offensive coordinator in Minnesota after his retirement as well.

All-in-all, quarterbacks like Aaron Rodgers, Kirk Cousins, Jimmy Garoppolo, Ryan Tannehill and Matt Ryan have played some of their best football in Shanahan’s system. In fact, Rodgers and Ryan have won MVPs as the face of the philosophy, and Robert Griffin III won NFL Rookie of the Year honors under Shanahan as well.

Although he’s into his late 30s, Rodgers has thrown for the most passing touchdowns (111), the best interception rate (0.8%), the second-best passer rating (109.2) and the fifth-most passing yards in the NFL over the past three seasons under LaFleur. He also finished with the league’s second-best pickable pass percentage (2.36) in 2021.

Even though McVay and Taylor find outside influences for their passing game from Jon Gruden, it is hard to look past the success of Matthew Stafford and Joe Burrow this postseason as well, as they are set to square off for the Lombardi Trophy.

The influence of Shanahan’s wide-zone philosophy has grown so extensive that an organization called the QB Collective has formed to school young quarterbacks in his ways. In fact, many of the coaches listed above actively have their names attached to the QB Collective and are participants in training the next generation of quarterbacks.

An old philosophy has been adopted by the league’s youngest, brightest coaches, and by some of the most talented young QBs. From San Francisco to Cleveland, a large amount of offensive success can be traced all the way back to Mike Shanahan. And the tree seemingly continues to blossom at an exponential rate as wide-zone adopters continuously get promotions across the league.

Shanahan has been eligible for the Hall of Fame since 2018, and once cannot imagine it will be much longer before he gets that bust enshrined for the rest of eternity. From the two Lombardi trophies he has hoisted, to the numerous coaches he has produced, Shanahan belongs among the NFL’s elite.

Need a bigger indication of Shanahan’s impact on the NFL? Watch when McVay’s Rams take on Taylor’s Bengals on Feb. 13 in Super Bowl LVI.