The Post-Brady Bucs: Sell the Farm for Jimmy, Russ or Rodgers, or Put Trust in Trask? | The Analyst 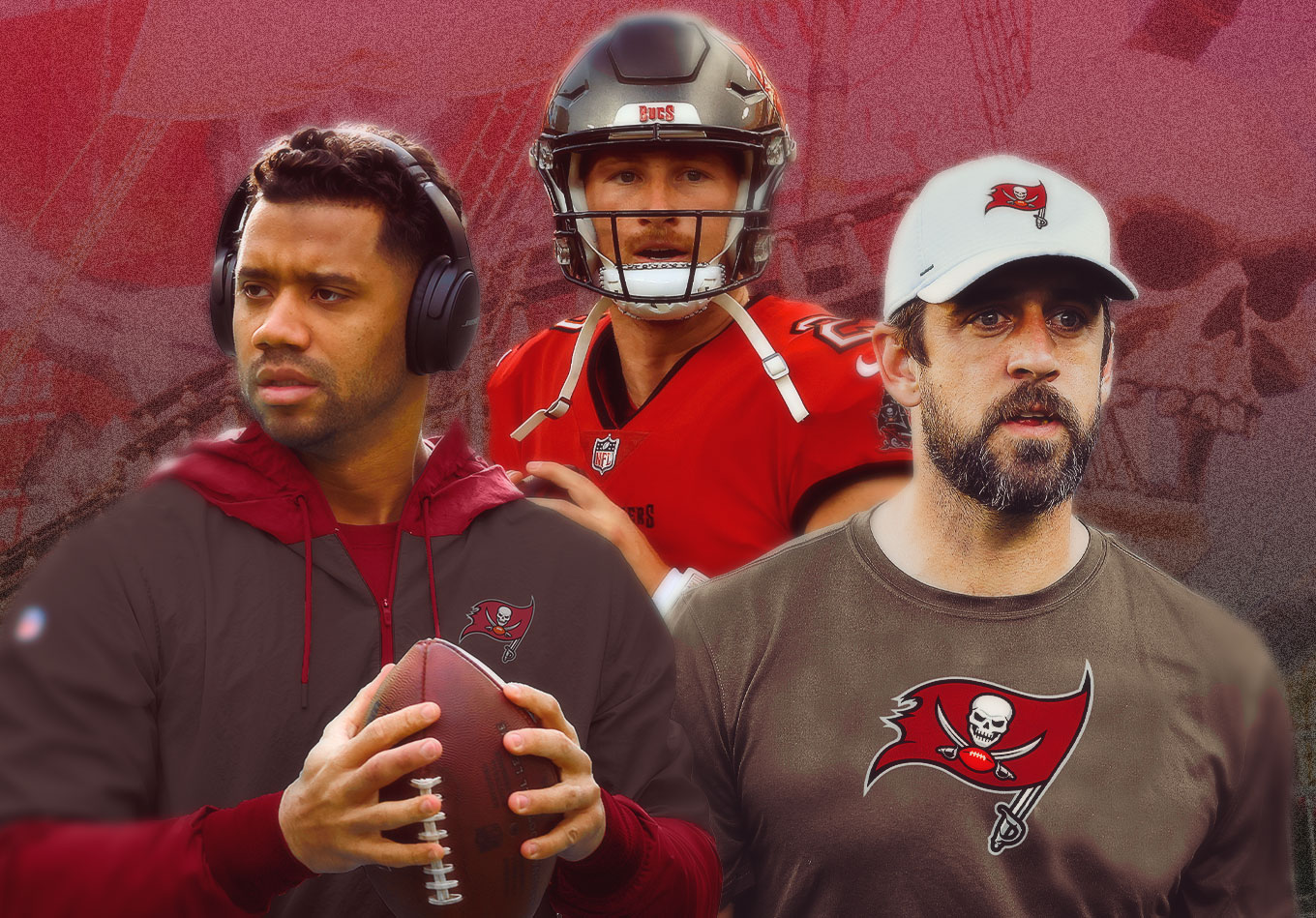 The Post-Brady Bucs: Sell the Farm for Jimmy, Russ or Rodgers, or Put Trust in Trask?

After premature reports at the weekend prompted backlash, the decision was confirmed on Tuesday, leaving the Tampa Bay Buccaneers to replace the greatest of all time this offseason.

The Buccaneers do have an in-house option, but if head coach Bruce Arians stays on board as expected, it is likely he’ll want a quarterback who can help an extremely talented team, albeit one that could lose some of that talent in free agency, contend for further Super Bowls.

So who could be in line to take the reins under center from Brady?

Let’s take a look at the young gun who may have the substantial challenge of stepping into Brady’s shoes and, with free agent options thin on the ground, three players they could target in a trade to run the offense.

The Buccaneers selected Trask, a Heisman Trophy finalist in his final year at Florida in 2020, in the second round of the 2021 NFL Draft.

Tampa Bay probably would have liked him to have another year of seasoning before throwing him in at the deep end, but they now have to consider whether he’s ready to make the leap to the starting role in the pros.

Trask led the FBS in passing touchdowns with 43 in his final season with the Gators and, though there should be cause for concern over an elongated throwing motion and his decision-making, his play under pressure in college in 2020 was encouraging.

Indeed, Trask delivered a well-thrown ball on 74.56% of his pass attempts when under pressure – only three Power 5 quarterbacks (min. 50 attempts under pressure) fared better.

Garoppolo is almost certain to be on the trade market after he crumbled in the fourth quarter of the San Francisco 49ers’ NFC championship game defeat to the Los Angeles Rams.

With Trey Lance waiting in the wings, the Niners will likely look to recoup what they can for a quarterback who helped them reach Super Bowl LIV in the 2019 season.

Despite his 31-14 record in the regular season with the 49ers, the Buccaneers may be reticent to strike a deal for a quarterback whose skill set would not appear to mesh well with Arians’ aggressive downfield passing attack.

Garoppolo averaged just 7.51 air yards per attempt in 2021, the eighth-fewest among quarterbacks with at least 200 attempts.

If you want downfield aggressiveness, look no further than Wilson.

The stylistic fit is obvious, and the Buccaneers critically have the offensive line to satisfy Wilson’s main issue with the Seattle Seahawks – a lack of pass protection.

But with an aging core, it is debatable at best whether the Bucs would consider mortgaging their future in a blockbuster trade for Wilson, and it’s still not clear whether Seattle would even come to the table.

The potential biggest prize on the trade market also seems like the biggest long shot for the Bucs.

Rodgers would no doubt be able to adapt to Arians’ offense and, if the Bucs keep hold of Chris Godwin, he would be thrilled with the receiving corps he would have at his disposal.

Yet there are signs of an improving relationship between Rodgers and the Green Bay Packers’ brass and perhaps a willingness to give it another go even after this season’s playoff failure.

If Rodgers does decide he wants to go elsewhere, the Denver Broncos would be the favorites to land him after hiring former Packers offensive coordinator Nathaniel Hackett as their new head coach.

The Bucs may have to give it the hard sell to land Rodgers.