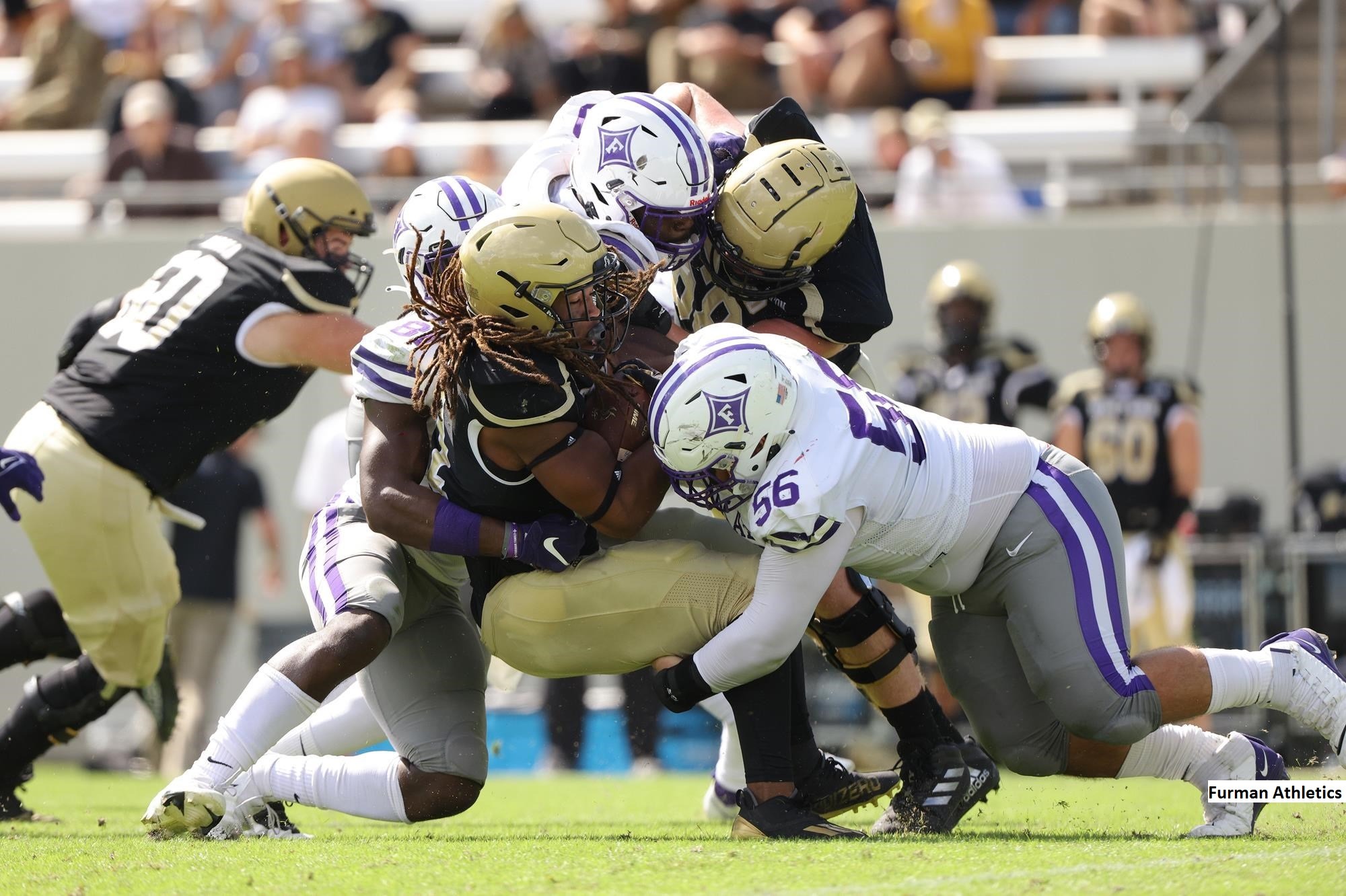 The boys of summer sure took a while to resolve their off-the-field differences, but the boys of spring are happy to be back on the field.

Spring practices have been kicking off across college football, including within the FCS, which will be at an all-time high 129 programs in 2022.

Most programs will stagger 15 practices within about a six-week timeframe, with some wrapping up via an intrasquad scrimmage. Every team basically has a clean slate – starting positions are there to be won and optimism is in abundance with spring, er, footballs in the air.

As spring practices continue to get underway, here are seven questions surrounding the 2022 FCS season:

The national favorite’s role going into the 2022 season feels as solid for the Bison as any time during their FCS dynasty. Coach Matt Entz returns 14 starters, when including All-America defensive end Spencer Waege off an injury, and the lineup features the national championship game’s outstanding player, fullback Hunter Luepke. National runner-up Montana State needs quarterback Tommy Mellott to return to full health from an ankle injury, but the only two national champions besides NDSU in the last 11 seasons, James Madison (rising to the FBS) and Sam Houston (going above the FCS scholarship limit during its FBS transition), are out of the playoff picture. South Dakota State, the only program with more than one win over the Bison since 2011 (it has three, including two in a row), is likely the strongest challenger.

Fast Fact: NDSU’s championship game rout of Montana State on Jan. 8 made it the first program in college football history (NCAA, NAIA or NJCAA) to win nine national titles in an 11-season span.

Who Are the Dark Horses?

The question is usually as popular as one asking about the teams to beat in the FCS. Last month’s Way-Too-Early 2022 Preseason Top 10 may have surprised some with Missouri State at No. 5 and Chattanooga at No. 10. When looking outside the 10 teams, the veteran lineups at Stepen F. Austin (WAC) and Holy Cross (Patriot League) appear capable of big jumps, and the CAA logjam behind defending co-champ Villanova – led by Delaware, Rhode Island and William & Mary – should be dangerous.

Fast Fact: Since the FCS title game moved to Frisco, Texas, nine of the 12 eventual national champions have been seeded 1 or 2. The lowest seed for a champion was No. 5 Eastern Washington to cap the 2010 season.

Who Are the New Programs?

Texas A&M-Commerce and Lindenwood will move up from Division II into the Southland and Ohio Valley conferences, respectively. TAMC (7-4 last season) is hurt by the loss of 21 seniors, but coach David Bailiff’s team will have strong play at quarterback and expects contributions from transfers, including six making drops from the FBS. Lindenwood has won nine games in each of its past two full seasons under coach Jed Stugart, and should be strong in the skills positions.

Fast Fact: New to the FCS, TAMC is hardly new, its program having played over 1,000 games since its debut in 1914, including a win in the 2017 D-II national championship game. Lindenwood started in the NAIA from 1990-2010, and splashed onto the D-II scene in 2011 with an FCS win in its first game (at Northern Colorado).

The ASUN and WAC will compete separately after a one-season partnership, and the ASUN is particularly competitive with Central Arkansas, Eastern Kentucky and Jacksonville State joined by Kennesaw State and North Alabama from the Big South and Austin Peay from the Ohio Valley Conference, while the WAC has Abilene Christian, Dixie State (school to be renamed Utah Tech on July 1), Lamar, Sam Houston, Stephen F. Austin and Tarleton joined by Southern Utah from the Big Sky and UIW from the Southland. Hampton and Monmouth will leave the Big South for the CAA. Murray State is expected to remain in the OVC in football for another season, although the school will join the Missouri Valley Conference on July 1.

Fast Fact: Despite James Madison’s jump to the FBS, the addition of Texas A&M-Commerce and Lindenwood will allow the FCS to increase to at an all-time high 129 programs.

Who are Old Faces in New Places?

Fast Fact: The FCS head coaching changes – 21 at 128 programs – represent the seventh-highest percentage (16.4) since the NCAA began tracking the numbers in 1982.

Eric Barriere and Cole Kelley. Cole Kelley and Eric Barriere. The All-America quarterbacks played a game of “you top this” while flip-flopping the top spots in the 2020 (Kelley won) and ’21 (Barriere won) Stats Perform Walter Payton Award voting. Barrere’s long-time backup at Eastern Washington, Gunner Talkington, awaits a starting opportunity, and he threw a touchdown pass as the holder on a fake field goal in the 2018 national championship game. Highly regarded redshirt freshman Kekoa Visperas could continue an apprenticeship. At Southeastern Louisiana, Cephus Johnson III has waited behind Kelley for two seasons after making a transfer from South Alabama, but the Southland program figures to be a bit more run-heavy offensively.

Fast Fact: Kelley ended his career with the highest completion percentage (72.1) in FCS history, while Barriere ended his by setting the FCS single-game playoff record with 530 passing yards, adding to his previous postseason standard of seven TD passes.

Who Are Some of the Key Returning Players?

Plenty of top FCS players besides Barriere and Kelley won’t be returning in 2022. Barring some decisions in the NCAA transfer portal, only about one-third of the 2021 Stats Perform FCS All-America Team selections will be back, including just 10 of the 36 (28 percent) first-teamers. There are more back on defense, including 11 of 25 Buck Buchanan finalists, led by recipient Isaiah Land of Florida A&M, and Patrick O’Connell (third place) and Justin Ford (fourth) of Montana. The returnees among top-10 Walter Payton Award finalists are Montana State running back Isaiah Ifanse (tie/seventh), Stephen F. Austin wide receiver Xavier Gipson (tie/seventh) and Missouri State quarterback Jason Shelley (10th). Kennesaw State’s Xavier Shepherd will push Shelley for preseason All-America honors.

Fast Fact: Ford had streaks of eight straight games with an interception and 10 straight with a takeaway last season.