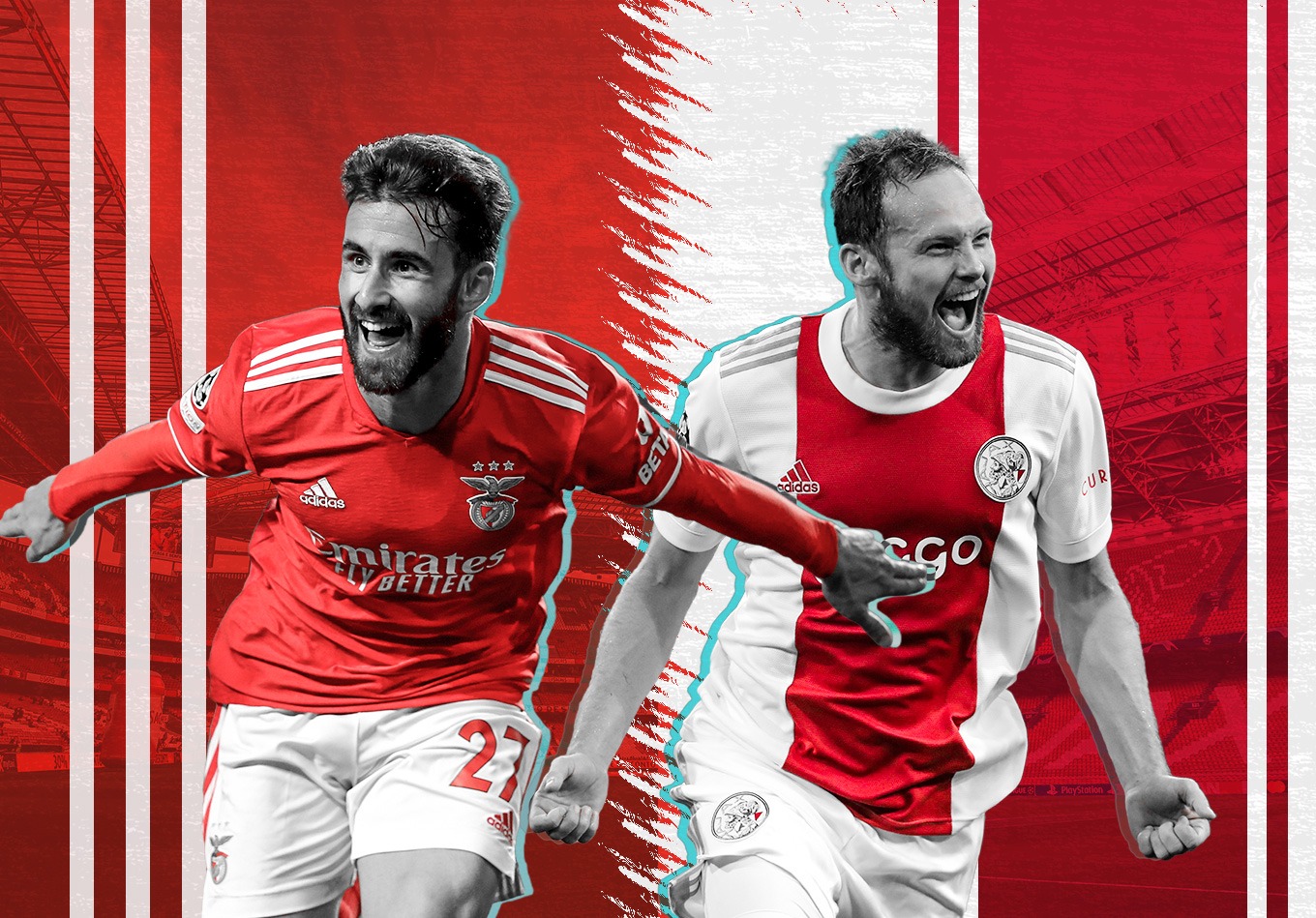 The last edition of the competition to be completed during pre-Covid normality, the 2018-19 Champions League was defined by abnormality.

Tottenham reached their maiden final; ultimate winners Liverpool became only the third side in the competition’s history to overturn a 3-0 semi-final first leg deficit; and, for the first time in 14 years, the last four had a representative from outside Europe’s top five leagues: Ajax, the Ten Hag Babes.

Following their agonising exit to Spurs, Ajax sold the spine of their newest golden generation for a combined 170.5 million euros – with Matthias de Ligt, Frenkie de Jong and Kasper Dolberg joining Juventus, Barcelona and Nice respectively. With that, they should have returned to their regular status in the modern era: giants in the Netherlands but peripheral to Europe’s elite.

And initially, that’s exactly what happened. In 2019-20, Ajax topped the Eredivisie table when the campaign was abandoned due to the pandemic, before they claimed title number 35 last season. They went out of the Champions League at the group stage both times around, though, dropping into the Europa League and going out to Getafe in the Round of 32 then Roma in the quarter-finals.

But now, Ajax are ready to dispense with peripherality once again. “We want to get further in the Champions League; we want to annoy the elite clubs in Europe,” said Erik ten Hag after his side secured qualification for this season’s knockout phase with two games to spare (they finished the group stage as one of only three teams with a 100% record, the others being Bayern Munich and Liverpool).

As Ajax gear up for the first leg of their round of 16 clash with Benfica, we look at the numbers surrounding other outsiders who’ve gone deep since the European Cup was rebranded as the Champions League ahead of 1992-93.

Ajax sprung a surprise to claim their fourth European crown in 1994-95, but were they underdogs that season? Certainly not to the same extent as in 2018-19; the last four of the Champions League has become an increasingly closed shop.

But the current Ajax crop might come even closer to ransacking that shop than the stars of 2018-19 did. Assembled through one of the great rebuilds of the modern era, this is a new team and quite possibly a stronger one.

Domestically, Ajax have been as good as impenetrable this season, conceding a mere five goals in 23 games as they chase Eredivisie title number 36. They conceded the same number of goals in their six Champions League group games (just as in 2018-19), which might not look as impressive by comparison, but the Eredivisie – with all due respect – is not the Champions League.

In 2018-19 and 2021-22, Ajax stunted their group stage opponents’ creativity to similar degrees, giving up 7.49 expected goals from 63 shots in the former and 7.72 xG from 58 shots in the latter. Both times around, they’ve come up against one of Europe’s most clinical strikers – and kept them out in two out of three encounters. This season, Borussia Dortmund goal-bot Erling Haaland was injured for Ajax’s trip to Germany but drew three saves from veteran goalkeeper Remo Pasveer as BVB lost 4-0 in Amsterdam – while in 2018-19, Robert Lewandowski bagged a brace for Bayern in a 3-3 draw at the Johan Cruyff Arena before firing a rare blank in the reverse meeting.

The most discernible statistical difference between the Ten Hag Babes 2.0 and the previous incarnation, though, is what they’ve done at the other end of the pitch so far. They almost certainly won’t match their 2018-19 Eredivisie goals total of 119, but they’ve almost doubled their 2018-19 Champions League group stage output of 11; only Bayern banged in more goals in the group stage this term (22) than Ajax’s 20. Sébastian Haller (who Ajax accidentally left out of their Europa League squad last season) notched 10 of those 20 and is this season’s leading Champions League scorer as it stands. The Ivory Coast international has one more goal to his name than Lewandowski despite playing 118 minutes less.

Ajax’s extraordinary exploits of 2018-19 ended the 13-season quintopoly of the Premier League, LaLiga, Bundesliga, Serie A and Ligue 1 – which between them had accounted for the previous 52 semi-final spots. And the semis had also gone Dutch back in 2004-05, as 1987-88 European Cup winners PSV dreamt of their second final – and under the same manager, Guus Hiddink.

Eindhoven’s finest were moments away from extending that dream into extra time at least – only for Massimo Ambrosini to pop up with a 91st-minute header which would ultimately send AC Milan through on away goals. On the plus side, PSV avoided being on the receiving end of Liverpool’s ‘Miracle of Istanbul’.That PSV side – captained by Mark van Bommel and also featuring the likes of Alex, Phillip Cocu and Park Ji-sung – became the first team to reach the last four after ending the group stage with a negative goal difference (-1). It’s only been repeated once – in 2018-19 by Spurs, who actually did go on to lose to Liverpool.

The previous season, Porto did what PSV couldn’t and claimed their second European crown 27 years on from their first. José Mourinho’s first continent-conquering side remain the only team this century from outside the top five leagues to reach the final of the Champions League – never mind win it.

In a ruthlessly efficient display in left-field host city Gelsenkirchen, Porto had only six shots yet swept aside Monaco 3-0 through goals from Carlos Alberto (not that one, obviously), Deco and Dmitri Alenichev. Since then, only one other Champions League final has been won by a three-goal margin in 90 minutes: 2017, as Real Madrid beat Juventus 4-1 (Real also beat Atlético Madrid 4-1 after extra time in 2014).Porto’s tournament prior to the final generally consisted of tighter affairs, though. Their three group wins all came by a single goal; then, in the last 16, Costinha’s 90th-minute second-leg equaliser sent them through at the expense of Manchester United – and sent a delighted Mourinho famously running down the Old Trafford touchline. Porto won their quarter-final relatively comfortably, at one point holding a 3-0 aggregate lead over Lyon before eventually advancing 4-2 – but normal service resumed in the semi against Deportivo La Coruña, in which the sides couldn’t be separated until Derlei’s penalty an hour into the second leg.

Dynamo Kyiv hold the distinction of being the only club to have reached the last four of the Champions League / European Cup representing different countries. And they did it under the same manager, the revered Valeriy Lobanovskyi – three times, in fact, once in each of his stints at the helm.

Having lost 2-1 on aggregate to Borussia Mönchengladbach in 1977 and 4-2 to Porto in 1987, Dynamo – who had come through both qualifying rounds – hoped to make it third time lucky in 1999. But after seeing off Real Madrid 3-1 in the quarter-finals*, they were edged out 4-3 by Bayern in the semis. And just like PSV, they would see the team who dashed their dreams go on to succumb to a scarcely believable comeback by English opposition in the final (and Solskjær has won it and all that).

Two members of that great Dynamo team would go on to taste Champions League success four years later, however. Kakha Kaladze and Andriy Shevchenko were involved as Milan won one of the more uneventful finals by beating Juventus on penalties at Old Trafford after it had ended 0-0 – with Shevchenko scoring the decisive spot-kick after Kaladze had seen his saved.

If ever you’re asked to name all 42 Champions League / European Cup finalists in a pub quiz (you never know), Panathinaikos are probably going to be one of those last few you’re racking your brains for as time runs out (well, they would have been until you read this). In 1971, the Athenians – who aren’t even Greece’s most successful club – lost to Ajax at Wembley. They got as far as the semis in 1984-85 – where they were comprehensively defeated 5-0 on aggregate by Liverpool.

In the 1996 semis, Panathinaikos had the chance to get revenge on Ajax, then the holders – and they took a 1-0 lead back to Athens. But that was to be as good as it got for Juan Ramón Rocha’s side, who lost the second leg 3-0.

Panathinaikos would narrowly lose to Barcelona in the 2002-03 quarter-finals and Villarreal in the round of 16 six years later – but they’ve only qualified once since then. Nonetheless, at least their fans can sing loud and proud about how their team are still the most southerly ever to appear in the final (Europa League fetishists Sevilla are probably the only vaguely viable threat to that changing).