The Fall of the Red and White Wall: Atlético Madrid Are in a Defensive Crisis | The Analyst 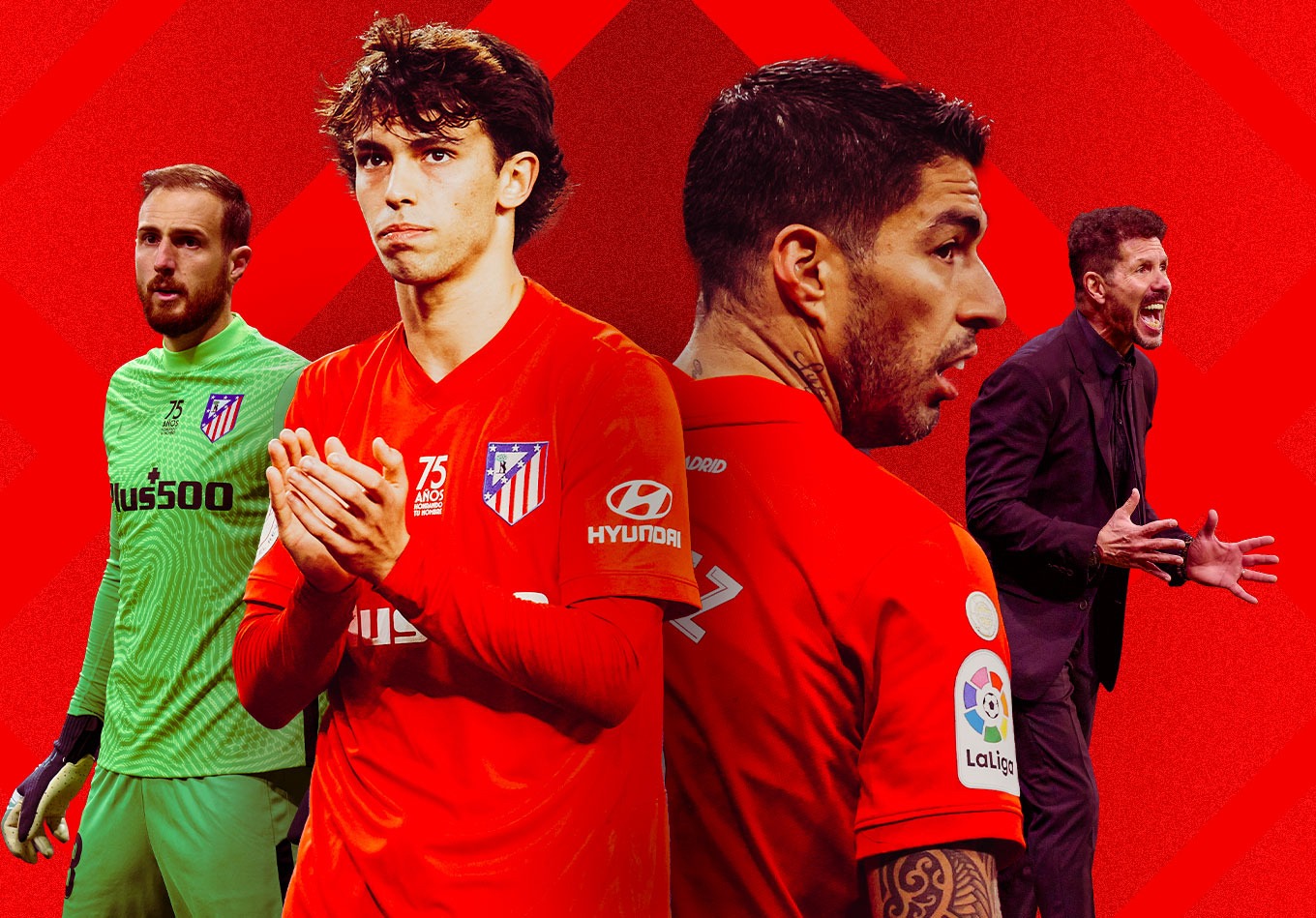 The Fall of the Red and White Wall: Atlético Madrid Are in a Defensive Crisis

Atlético Madrid face a decisive stretch of the season, needing to recover their defensive strength and leave behind their worst numbers of the Simeone era.

7 January marked the 10th anniversary of Diego Simeone’s debut on the red and white bench, a 0-0 draw against Málaga at La Rosaleda which, although not entirely satisfactory, did usher in the best era in the history of Atletico Madrid. Eight of the club’s 33 official titles have come under the Argentine coach’s tenure.

But Atlético are in no mood for celebrations. Knocked out of the Copa del Rey and Supercopa and far from being able to realistically defend their La Liga title, the only bullet left in the 2021-22 chamber is their Champions League tie against Manchester United in the last 16. Ahead of that, Simeone’s team need to recover their most competitive version and to do so they must improve their defensive numbers.

The Worst Defence of the Simeone Era

One of Atlético’s main characteristics throughout Simeone’s time as coach has been, without a doubt, defensive solidity. In the big five European leagues, the Red and Whites have conceded the fewest goals on average (0.72) and kept the most clean sheets (197) since January 2012, when the man from Buenos Aires made his debut at the bench. It has blown up in 2021-22.

In all competitions, Atléti have conceded 38 goals in 30 games, already allowing one more goal than in the whole of last season (37 in 48 games). In La Liga, they’ve conceded 26 goals in 21 games this season, which is their worst defensive record at this stage in any of the full seasons with Simeone at the helm.

While Atlético have conceded the most goals in their first 21 league games (26), it’s not the case in expected goals conceded (18.5 xGA). They’ve conceded 7.5 more goals than they should have based on their opponents’ quality chances. In other words, Atletico’s solidity has turned into fragility.

The performance of one of Atlético Madrid’s emblematic players in the Simeone era, Jan Oblak, is part of this. The Slovenian goalkeeper has been infected by the team’s defensive weaknesses, and his numbers are far from his usual performance in other seasons. He has only stopped 48% of the shots conceded in La Liga 2021-22 for the worst save percentage in the competition among keepers with at least 10 games played.

Oblak also leads that group for the fewest goals prevented in the current league campaign. The Red and White goalkeeper has conceded 26 goals, but according to his expected goals against per shots on target (xGOT), he should have conceded just 17.7. That’s the worst differential in the competition (-8.3 goals prevented). To contextualise it, the Slovenian prevented 8.6 goals in La Liga last season, the most of any goalkeeper in the competition (33.6 xGoT with 25 goals conceded).

But the problem of the dip in defensive form is exacerbated when we assess other defensive variables. Atlético aren’t defending worse in terms of shots conceded than in other seasons. In fact, in 2021-22 they’ve conceded the fewest shots on target (2.3) and the fewest total shots (7.8) per game after the first 21 league games than any other season under Simeone. It’s simply that they concede very easily, mostly through crosses from the flanks ending in headers. 26% of Atlético’s goals conceded this season in all competitions have come from assists from crosses (10 of 38), and 80% of these have been headers (eight of 10).

Although the defensive work at Diego Simeone’s Atlético Madrid has always been characterised by the solidarity of all their members, this season the defence has shown an unusual weakness. One of the reasons for this has been the dance of defenders who have joined the team due to numerous injuries. Thirteen different combinations of defensive players have been used in Simeone’s starting XI this season in all competitions – either with a back line of three or four. The back three of Stefan Savic, José Giménez and Mario Hermoso has been the most used (seven times) and has also been the safest with only one defeat (W4 D2 L1).

But if there is one defender from the Red and Whites who has garnered much of the criticism, it is Felipe Monteiro, who has been present in the starting XI in eight of Atlético Madrid’s 10 defeats across all competitions. Furthermore, with the Brazilian in the starting lineup, the Colchoneros average more goals conceded per game than without him (1.5 to 1.0) and have a lower winning percentage (25% vs. 64.3%). On an individual level, the former Porto player has won just 52.4% of his duels this season in all competitions (76/145), making him the Atlético defender with the lowest percentage of duels won in 2021-22. At the other end is José María Giménez, who has won 69% (80/116).

Without the Main Creator

In addition to resolving the team’s defensive doubts, Simeone faces another challenge ahead of the tie against Manchester United. Finding a replacement for Yannick Carrasco, who is suspended for three games for his red card against Porto. It won’t be easy to replace the Atlético assist leader (six in all competitions). He’s created the most goalscoring chances (39) and completed more than twice as many dribbles (80) as any other Atlético player (Thomas Lemar, 34).

Whether from the left side as a false winger or on the right in more advanced positions, Carrasco is a fundamental part of Atlético’s attacking play because of the depth he gives the team, a verticality that is transformed into danger. The Belgian has been directly involved in more shots following a carry than any other Atlético player this season in all competitions (15 shots and 14 key passes).

Carrasco’s absence complicates things in the short term, but he’ll be back. There isn’t as straightforward of a solution to the larger issues at the other end of the pitch. 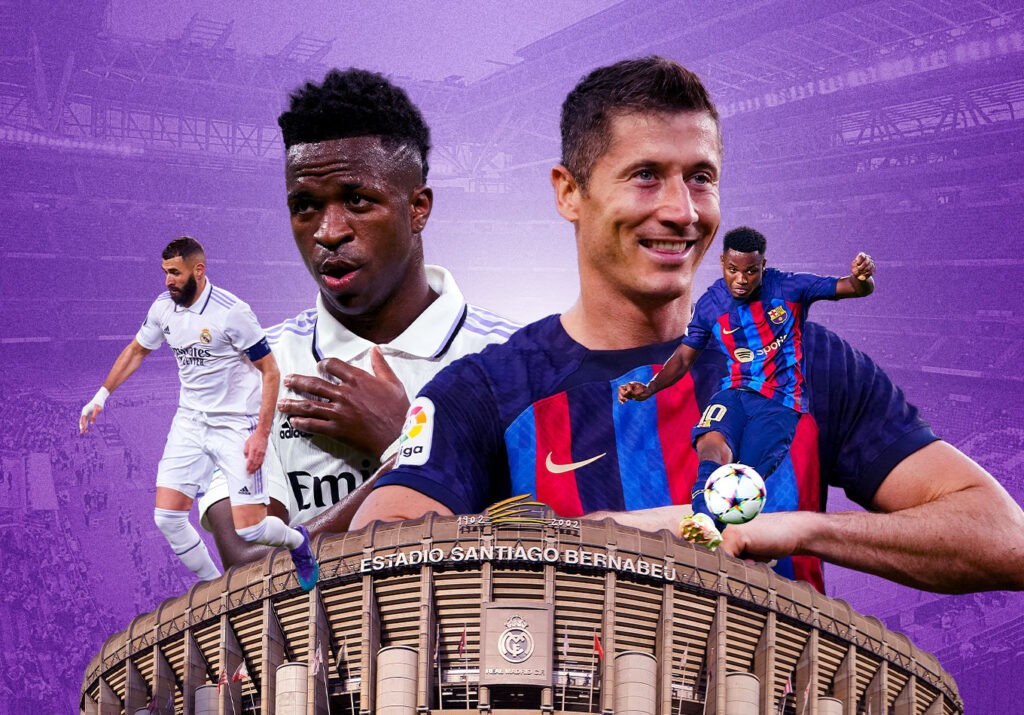