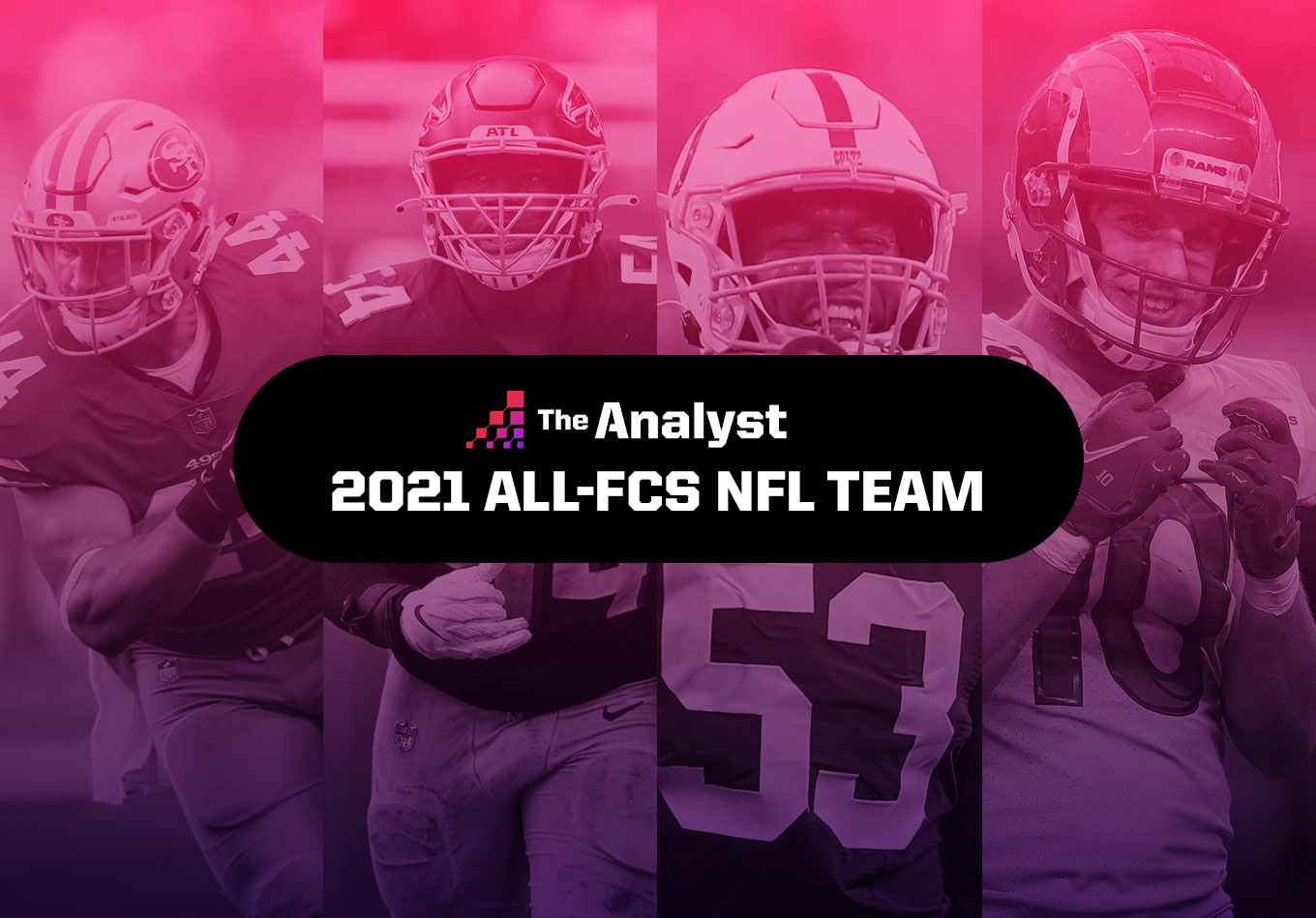 Don’t be surprised by how competitive an NFL team comprised of the best former FCS players looks on paper.

That’s what we’ve done with the 2021 season – build an All-FCS NFL starting lineup – and, oh, have they not just looked good on paper.

The team boasts some of the best players at their position, including Los Angeles Rams wide receiver Cooper Kupp, linebackers Darius Leonard of the Indianapolis Colts and Foye Oluokun of the Atlanta Falcons, and San Francisco 49ers fullback Kyle Juszczyk.