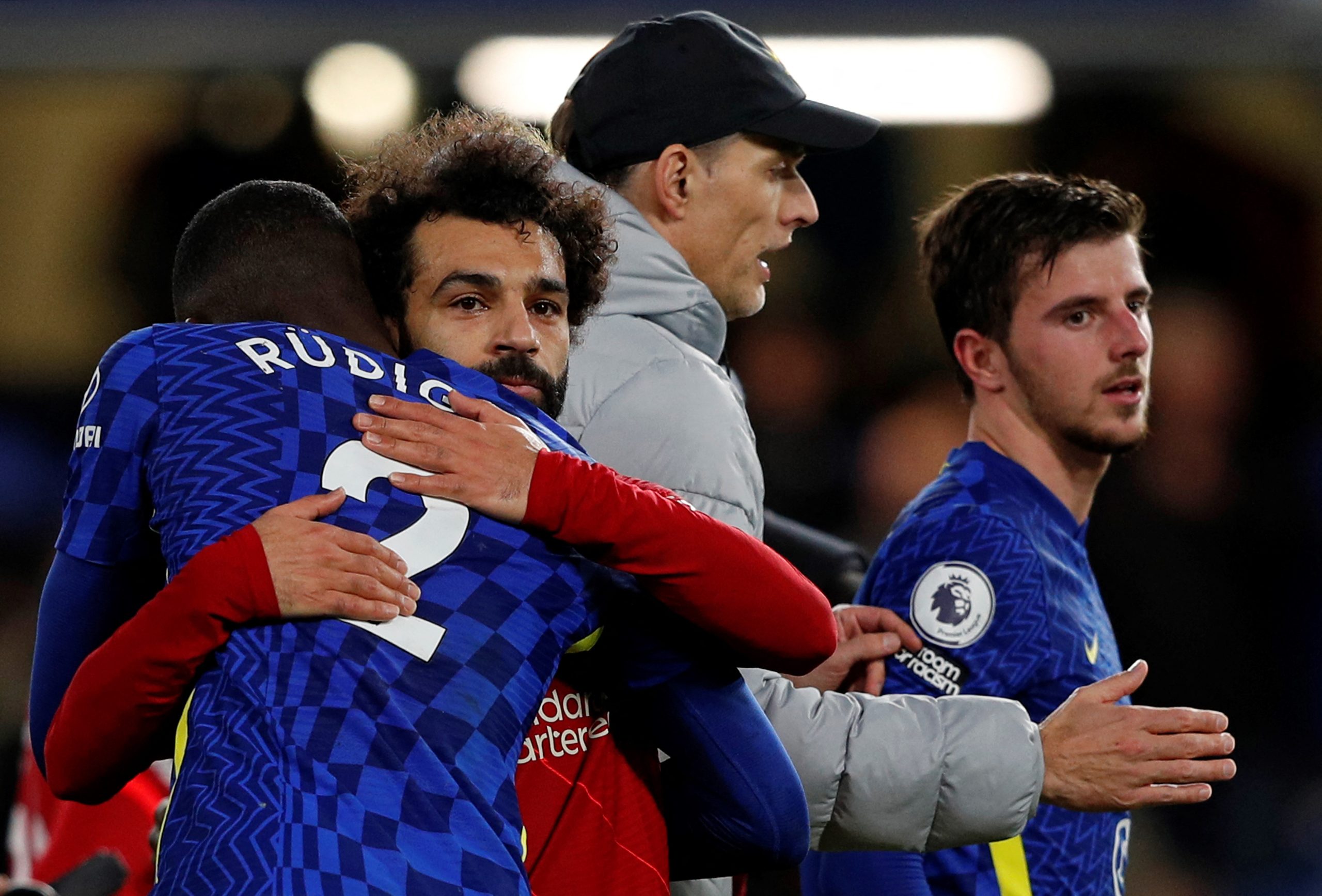 Chelsea and Liverpool played out a classic on Sunday but by doing so engaged in a Premier League form of mutually assured destruction. After Manchester City very fortunately took three points from their game at Arsenal yesterday, a draw between the two teams theoretically capable of beating them to the title has left Pep Guardiola’s side 10 points clear of Chelsea [game over] and 11 clear of Liverpool, having a played an extra game [game almost certainly over].

The league table rarely lies, and the unvarnished truth it is shouting in our ears this season is that once again, the Guardiola era punishes draws. Manchester City have lost as many Premier League games as Chelsea and Liverpool this season, which means that City’s super-solid lead in the league table is based on winning matches when their rivals draw. The fact that both games between Chelsea and Liverpool this season have been wildly entertaining – yet destructive – draws only helps to make the point.

Most people intrinsically know this, but drawing games used to be fine in the context of winning league titles. Who can forget Alex Ferguson glancing some shade on to Arsenal’s Invincibles season by saying that their total of 12 draws all but invalidated the achievement, curiously forgetting that his club’s legendary 1998-99 season saw Manchester United draw 13 times, a total which remains a Premier League record. The last title winners before the Premier League started, Leeds in 1991-92, drew 16 times, which is the joint-most by an English league champion, along with Huddersfield in 1924-25. 16 draws now would absolutely kill a title bid stone cold dead, and, in a sense: rightly so.

English football decided its top-flight clubs should have to contest at least 38 games a season back in 1905-06 and for much of the game’s history since then there hasn’t been much variation in the average number of draws per season posted by its league champions. Before the Second World War it was 8.7, from the post-war resumption until the formation of the Premier League it was 9.7 and then in the early years of the reformed top-flight it was 9.6.

The first sign things were changing came with the arrival of Jose Mourinho in 2004. His Chelsea side drew eight games in 2004-05 but that figure fell to four the following season as they retained the title. Manchester United’s three-in-a-row between 2007 and 2009 saw them draw six, five and five games respectively. Shorn of Cristiano Ronaldo, a more prosaic United drew 11 games in 2010-11 on their way to a 19th league championship, and since then the only champions to reach double figures for draws were Leicester with 12, and you can excuse that because it was Leicester.

And then we come to Pep Guardiola. Since he joined Manchester City in 2016-17, no Premier League winner has drawn more than five times. Between 2018 and 2020 City (x2) and Liverpool secured the league by winning 32 games in each season, and drawing nine times combined across those three campaigns. That’s as many as Arsenal drew in 2001-02, a season that at the time was seen as incredibly relentless. Back in 2002 not losing games was the holy grail. Arsenal going unbeaten away from home in 2001-02 led a bullish Arsene Wenger to predict his side could go an entire campaign without defeat, something they did indeed do, two years later. But as good as that Arsenal 2003-04 side were at time, in modern terms Ferguson was correct: it was too many draws. One point just isn’t enough, but here’s one point for anyone trying to win the title ahead of Manchester City: win more games. In 2022 draws are just defeats with a better PR agency representing them. Just ask Chelsea and Liverpool.