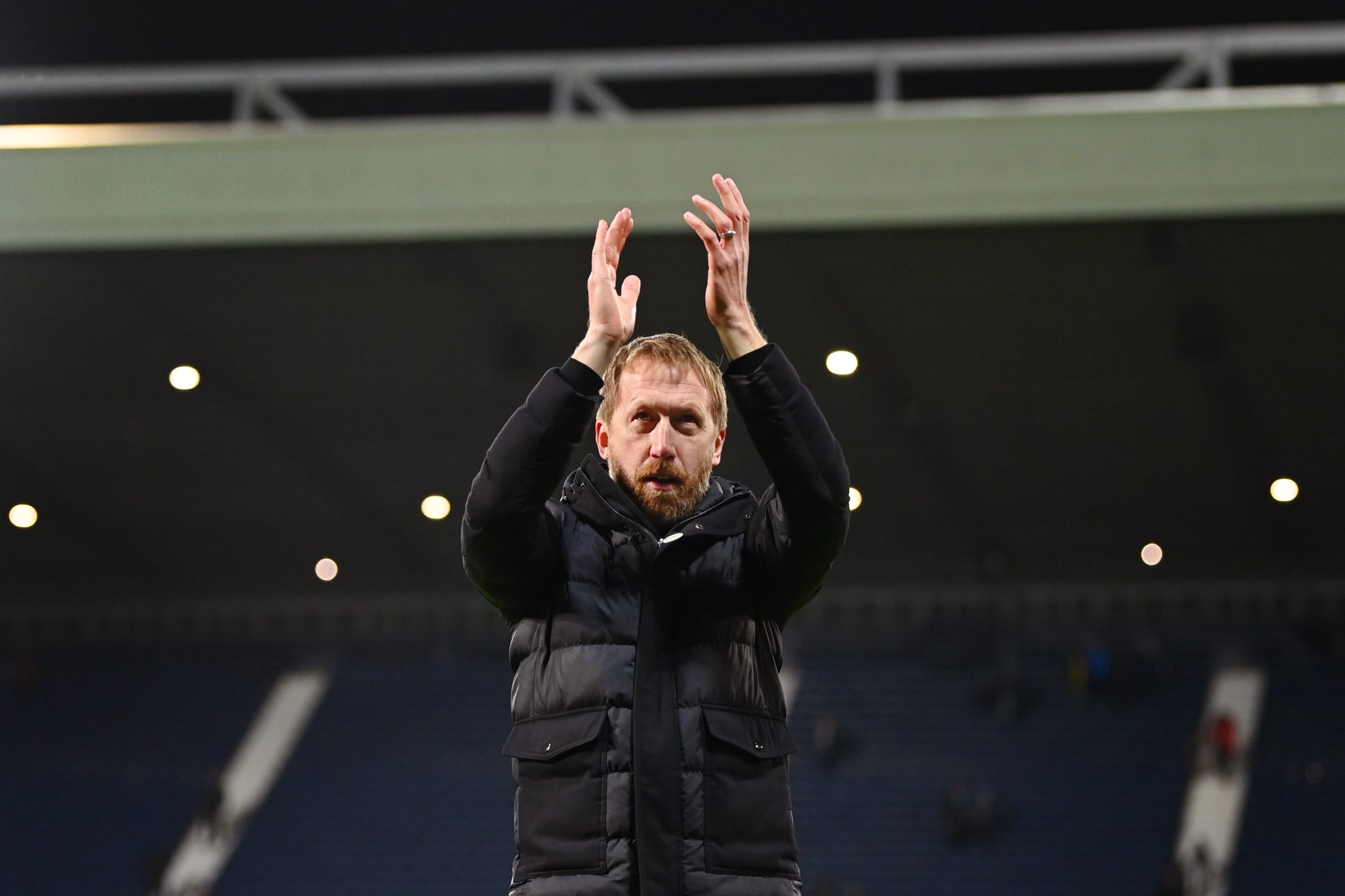 You might have your own ideas about how each Premier League team plays football this season, but what does the data say?

Manchester City look on course to secure their eighth top-flight league title, and their sixth in the Premier League era, thanks to a huge 11-point gap between them and Liverpool nearly two-thirds of the way through the 2021-22 season.

Points aren’t the only gap appearing between City and the rest of the Premier League, though – Pep Guardiola’s unique managerial philosophy is pushing the reigning top-flight champions further away from the opponents in terms of playing style, too.

Manchester City’s possession build up in 2021-22 has been both the slowest and most intricate in style, with their average of 5.3 passes per open play sequence one more than the side with the next highest (Chelsea, 4.3). They also move the slowest up field in metres per second with their sequences (1.1 m/s), but this is to be expected from a side who dominate possession.

City have averaged a league-high 67% possession in games this season, ahead of Liverpool (62.4%) and Chelsea (58.4%), while they’ve averaged nearly 100 more successful passes per game more than Jürgen Klopp’s side (607 vs. 511). This doesn’t mean that they don’t hold possession in dangerous areas either, with City averaging the most successful passes in the opposition half (355) and into the final third (176) per game.

One of the most emphatic metrics for Manchester City this season is their total of 160 build-up attacks – open play sequences of 10 or more passes that either end in a shot or a touch in the opposition box. That tally is more than Arsenal, Spurs and Manchester United combined (144) and nearly double the next best, Liverpool (86). But it’s Liverpool who excel in turning these into goals, with 10 scored from their 86 build-ups, double that of Man City’s five from their 160.

Looking at the graphic above, comparing this season (club badge) to last season (the tail & dot) in terms of style – Manchester City, quite remarkably, haven’t changed at all. Chelsea, Arsenal, Manchester United and Arsenal have all become more direct in their style, while Brighton & Hove Albion have gone in the opposite direction.

Probably the biggest surprise in the Premier League over the last few seasons has been the transition of the Seagulls under the management of Graham Potter.

Potter’s side average the fourth-most possession in the Premier League this season (56.3%) and average more successful passes in the opposition half per game (189) than Arsenal (185). Their direct speed up field is the second lowest in the competition in 2021-22, showing that they rarely move away from their short passing ethos under Potter.

Brighton’s pressing game in the attacking areas of the pitch has been one of the strongest this season, too. The Seagulls have averaged the second-most high turnovers per game in the Premier League (9.3), behind only Liverpool (12.0), while they have the third lowest PPDA rate (passes per defensive action allowed) of 10.2, behind Klopp’s side (9.8) and Marcelo Bielsa’s notoriously hard-working Leeds United (9.6).

Brighton’s non-penalty expected goals per game average may have dropped this season compared to 2020-21 (1.09 vs. 1.17) but they are excelling in defence – only Man City (0.61) and Chelsea (0.85) have allowed opponents lower quality non-penalty chances in the Premier League on average this season than Potter’s side (0.95).

Everton have just sacked Rafa Benitez following a terrible period under the Spaniard, with the club picking up just 19 points in 19 matches. This season, they have been one of the most direct teams in the division – a big shift from last campaign under Carlo Ancelotti. The Toffees averaged 3.6 passes per open play sequence in 2020-21 (10th highest), which has reduced to 2.6 this season (17th highest).

Two teams who certainly don’t believe in tiki-taka are Burnley and Watford – two of the Premier League’s most direct teams. Only Newcastle (1.69) and Leeds (1.63) have allowed opponents a higher non-penalty xG per game than both clubs (Watford: 1.58, Burnley: 1.54).

With their Premier League meeting at Turf Moor being postponed for a second time this midweek, we’ve been robbed of a first clash between two of the less pleasing-on-the-eye teams this season. Burnley have averaged just 2.6 open play passing sequences of 10 or more passes per game this season, with Watford having the next lowest average (3.2). When these two sides finally meet, don’t expect a classic.

As shown in our 2021-22 Season Metrics page, Burnley have seen 43% of their non-penalty xG total come from set-pieces this season – a league high, while only Newcastle (15%) have seen a lower proportion of xG conceded from set-pieces than Sean Dyche’s side (18%). Sometimes stats will surprise you, and sometimes they really won’t.

Wolves have made an interesting start under new manager Bruno Lage and are quietly going about their business in the top half of the Premier League table, just six points away from West Ham United in fourth despite having played two games fewer.

Only Manchester City (13) have conceded fewer goals than Wolves (15) in the Premier League in 2021-22, but at times have played a risky game. Opposition sides have made a league-high 203 high turnovers against Wolves this season, while they, on average, start open play sequences higher up the pitch against Lage’s side than versus anyone else – 45 meters away from their own goal line.

With risk can come reward, with Wolves’ having plenty of pace in their attack, drawing opposition teams higher up the pitch against them often leaves space for them to exploit. Wolves are yet to score a goal from a fast break in the league this season, but their 15 attempts in this manner are just three off Liverpool and Watford (18) who have the most.

Of all Premier League clubs this season, it’s only Newcastle (12%) that have made a fewer proportion of pressures in the attacking third than Wolves, with the Black Country side preferring the quicker, counter-attacking route.

With team styles, all fans have a preference to how they want their team to play, but with the Premier League being such a tough competition the urge to compromise style for points is big. There have been shouts by fans of other clubs about Manchester City being boring, but if you can play with style and win as many points as they do, it’s hard to argue with Guardiola’s ethos.