Does Gronk Have Enough Left to Lift the Depleted Bucs? | The Analyst 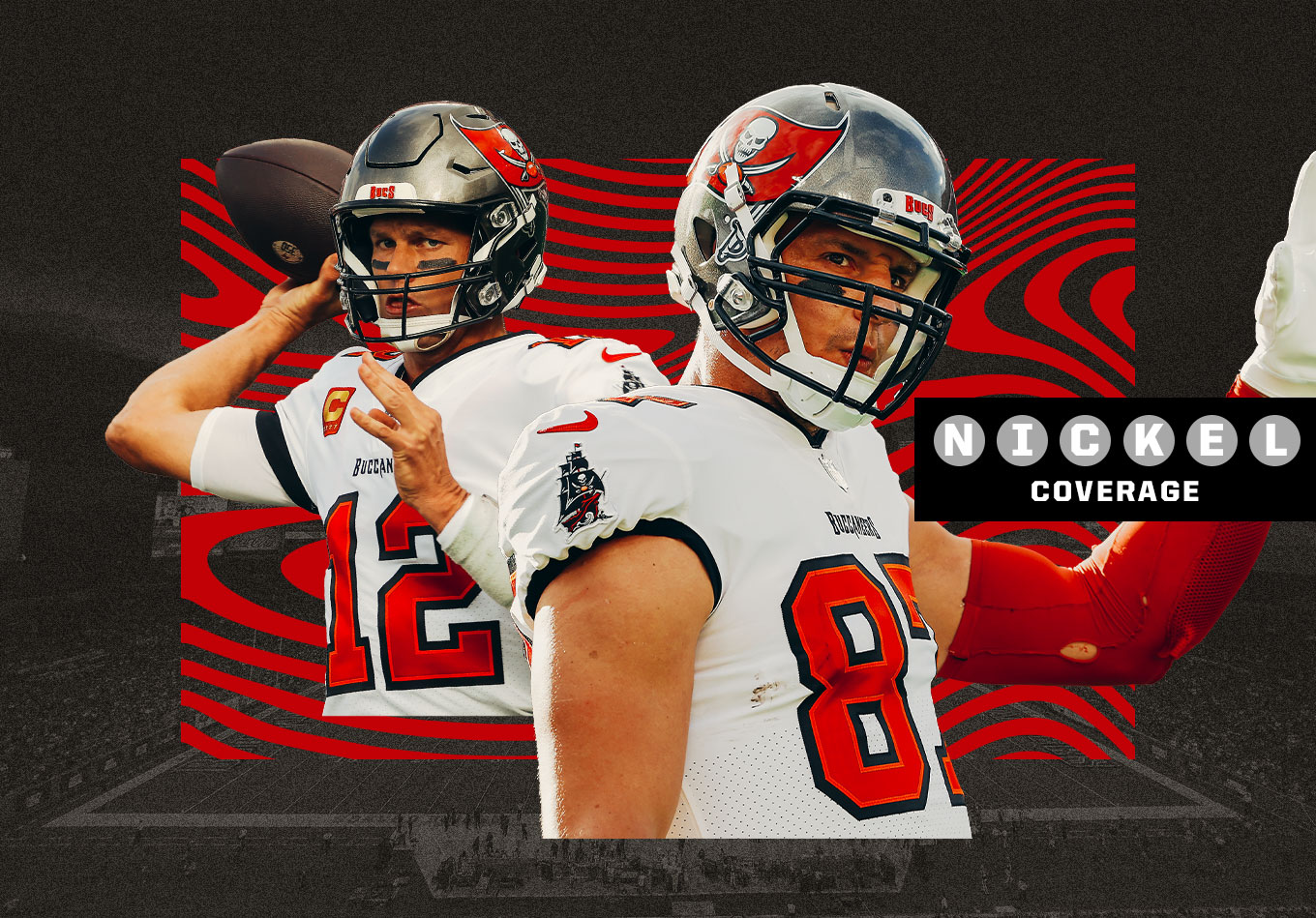 Does Gronk Have Enough Left to Lift the Depleted Bucs?

When the Tampa Bay Buccaneers traded for Rob Gronkowski back in April 2020, it was tough to picture the future Hall of Fame tight end having a substantial impact.

After all, Gronkowski had appeared to have spent his last reserves in Super Bowl LIII when he hauled his clearly ailing body downfield and made a diving grab for a 29-yard fourth-quarter reception that set up the New England Patriots’ only touchdown of their 13-3 win over the Los Angeles Rams.

It was a catch that at the time served as a spectacular last ember of an incredible career, but the Bucs put stock in Tom Brady’s belief that Gronkowski’s fire to deliver at the highest level still burned brightly, and they have been emphatically vindicated.

He caught seven touchdowns in the 2020 regular season, but he once again saved his best for the grandest stage with a dominant two-touchdown performance in the Bucs’ surprising Super Bowl LV rout of the Kansas City Chiefs.

And, with Tampa Bay thin at the wide receiver position, there will be an even greater emphasis on Gronkowski to rise to the occasion as the Bucs attempt to defend their title.

His numbers from a surprisingly efficient 2021 suggest he is more than up to the task.

Running Out of Weapons

Last year, opposing defenses weren’t able to consistently dedicate special attention to Gronkowski, such was the wealth of options at Brady’s disposal.

They went into the previous campaign’s postseason with Mike Evans, Chris Godwin and Antonio Brown at receiver as well as having Gronkowski at tight end.

Evans remains and remains an extremely gifted No. 1 receiver who perhaps does not get the credit he deserves for his hugely impressive consistency. In Week 18, he surpassed 1,000 yards receiving for the eighth successive year – an NFL record for the longest streak to start a career.

He led all wideouts (min. 100 targets) in burn percentage, which measures how often a receiver wins his matchup with a defender on a play where he is targeted. Evans won 75.2% of those matchups during the regular season, while also ranking first among receivers who met that threshold with a big play rate of 43.1%.

However, Brown’s departure from the team leaves the Bucs without a receiver tied for third in burn yards per route (4.0) among receivers with at least 50 targets.

Godwin is on the shelf with torn ligaments in his knee, robbing Tampa of another top pass-catcher who, on the list of wideouts with triple-digit targets, trails only Evans, Tyreek Hill and Stefon Diggs with his burn rate of 70.4.

Their absences place Gronkowski’s ability to produce elite play at tight end into sharper focus and his efforts at the age of 32 should give great encouragement to Tampa.

Gronkowski was long since seen as the gold standard at the tight end position. A mismatch as a receiver and a tremendous blocker, peak Gronk is the blueprint for modern day NFL tight ends.

But when he re-entered the league after a retirement that lasted only one season, a new order of top tight ends had been established.

George Kittle and Travis Kelce are regarded as the best of the best at tight end, with Darren Waller a tick below that duo. This season, Mark Andrews and Dallas Goedert have taken leaps to threaten to join the elite.

Yet in several metrics, it is Gronkowski who stands above that group at the top of the pile.

Simply put, no tight end in the NFL has done a better job at creating separation and turning his targets into explosive plays than Gronkowski, whose rapport with Brady shows no sign of dissipating.

Indeed, when he targeted Gronkowski in the regular season, Brady had a passer rating of 113.6. To put that into context, the best overall passer rating this season was Aaron Rodgers’ 111.9.

When Brady needed a big play in his final Super Bowl with the Patriots, he turned to Gronkowski, and it was their combination that was arguably the most crucial offensive aspect of the defeat of the Chiefs last year.

With Brown gone and Godwin out, the cupboard is not as well-stocked for the Bucs heading into this postseason, meaning if Brady is to claim ring No. 8, he will again need to turn to the man whose renaissance in Tampa is arguably as impressive as his own ceaseless brilliance.