While There Are Still Issues to Fix, Conte Has Already Drastically Improved Tottenham | The Analyst 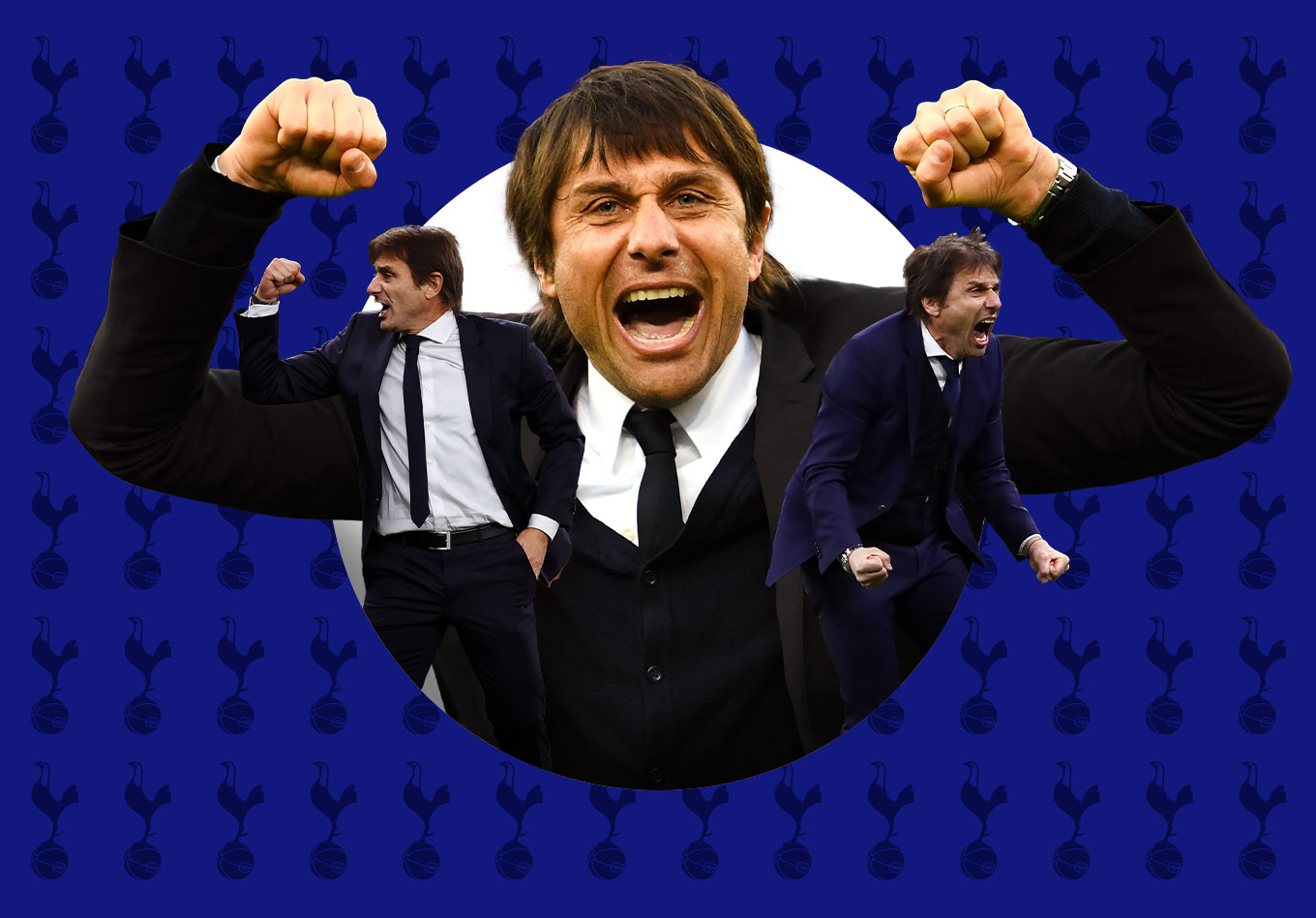 While There Are Still Issues to Fix, Conte Has Already Drastically Improved Tottenham

Antonio Conte was always going to improve Tottenham Hotspur, but there were question marks over how quickly he could turn things around, especially considering that a busy festive period and Covid-19 would limit his time on the training field. But Conte has answered those questions emphatically and Spurs, unbeaten in eight Premier League games, already look like an archetypical Conte team.

It might seem strange to heap praise on Conte off the back of two worrying cup performances. Their 2-0 defeat to Chelsea in the EFL Cup should have been much worse, and things were just as disjointed in the 3-1 comeback win against Morecambe in an FA Cup tie defined by Tanguy Ndombele’s slow exit.

But it is necessarily a slow process, and during this transitional period the Italian will learn as much from a difficult week as a good one. Besides, it is impossible to ignore the statistical evidence of a rapid upturn in performances since Conte’s appointment on 5th December.

Two things immediately jump out. Two things that highlight, before we get into the tactics, how hard work has seen Tottenham improve at both ends and in all areas. The first is that at the time of Conte’s appointment, Spurs sat last in the Premier League for distance covered (100.2km per game). Over the eight games in which Conte has been in charge, Spurs are top of the charts (114.2km per game).

The second is their xG for and against, which was improved rapidly and consistently:

That is enough evidence to show Spurs have improved. But to prove this isn’t just a new manager bounce, that running around a lot with a puffed out chest isn’t the cause, we can look at the theory and practice of Conte’s complex tactical strategy.

Using either a 3-4-2-1 or 3-5-2 formation, Conte shares many similarities with the Germanic system that dominates the European game despite not enacting a gegenpress or as high a line as those seen at Liverpool or Manchester City. He is often wrongly labelled as a defensive coach, when in fact his teams – though sitting more cautiously in a mid-block – look to use assertive, vertical possession to attack with directness, while a ruthlessly organised press snaps into action in the middle third. Using data from the 2021-22 Premier League season, Spurs’ average number of presses has risen since Conte’s arrival from 17.0 to 24.6 per game – a huge jump despite the fact Tottenham recorded just seven and eight presses in their last two matches, against Southampton and Watford, due to holding so much possession. Their average number of pressed sequences has also gone up, from 12.4 to 16.0 per game, as has their number of possessions won, up from 47.7 to 57.5 per game.

As expected, this pressing is not high up the pitch as you would see from a Pep Guardiola team. Compared to Nuno Espírito Santo, Tottenham’s number of pressures has stayed the same in the final third, has gone down in their own third, and has shot up in the middle third (up from 122 to 133 per game).

It is noteworthy, too, that while their overall pressures remain unchanged, their pressures on players without the ball have gone up from 44.2 to 52.8 per game; Conte’s press is an organised and collective one, beginning to eradicate the individualistic disorder of the old regime.

But what most links Conte with other managers at the forefront of the game is his use of automatisms: pre-set moves coached in exacting rhythms on the training ground until passing and movement is as meticulously prepared as a back four’s defensive positioning. The idea is to limit individual freedom so that the team can work several steps ahead.

This kind of thing cannot be directly captured in statistics, although the following graphics – of the 3-0 home win and 3-0 away defeat to Crystal Palace this season – show the organisation of the shape and consistency of the passing patterns, especially in comparison to how Spurs were playing before his arrival, with the caveat that in each game a red card was shown to the losing side.

Conte has detailed plans for how to construct attacks during sustained periods of possession (see below), but generally speaking, he prefers a direct approach that, with vertical passes getting the forwards in behind, looks to make use of the opponent’s dishevelled shape in transition moments – hence the hard pressing. We are already seeing signs of this at Spurs.

Their direct attacks (open play sequences that start inside their own half, have at least 50% of movement towards goal, and end in a shot or a touch in the box) are up from 1.2 to 2.1 per game, while their ‘progress’ (amount of distance they move upfield per sequence) is up from 11.7m to 14.8m per game. Fast breaks are also up significantly, from 0.5 to 0.9 per game.

When building from further back the pattern is slightly different, although again the focus is on automatisms and getting the ball quickly and directly into the final third. And yet, such was the disarray under Nuno, Spurs have also improved on metrics that measure more patient build-up – their number of 10+ open play pass sequences per game is up from 11.8 to 14.1, while their build-up attacks – basically converting these 10+ pass sequence into either a shot or at least one touch in the box – have risen from 1.9 to 3.9 per game.

Still, the real focus is eliminating sideways possession. The most prominent method so far has been instructing Eric Dier to spray long diagonal balls from the back, largely hitting the overlapping wing backs (more on their so-so start later). Dier now completes 5.4 long passes per game, up from 3.2 under Nuno.

But the more difficult work takes place in central midfield. Conte has consistently partnered Pierre-Emile Højbjerg with either Oliver Skipp or Harry Winks in the middle, and so far they have lacked the punchy, forward-thinking abilities needed to fully engage with the Conte philosophy.

Højbjerg (1.18), Winks (1.17), and Skipp (0.83) rank poorly for the average number of opponents bypassed per pass through 2021-22, sitting below plenty of flat, non-penetrative players – including Manchester United’s much-maligned midfielders Scott McTominay and Nemanja Matic. However, Højbjerg and Skipp have improved since Conte’s arrival, the former up from 1.0 to 1.3 and the latter up slightly from 0.8 to 0.9 (there is no comparison for Winks, who has only played under Conte this season).

More strikingly, Skipp’s ball-carrying stats were not good prior to Conte’s arrival but have gone up significantly: his progressive ball carries per 90 are up from 4.2 to 7.9 per game, while Højbjerg’s remain the same.

In other words, we are slowly seeing the impact of automatisms as Tottenham’s midfield pair start to learn how to play more vertically under the Italian.

Room for Improvement in the Wing Back and Inside Forward Positions

With time, Conte may wish to upgrade in the middle of the park, but his top priority right now is improving the wing backs. Those Dier diagonals aim to get the wing backs into crossing positions – and sure enough, crosses have risen from 10.7 to 16.5 per game – but the accuracy leaves something to be desired, particularly down the right side.

In the 1-0 victory over Watford, Claudio Ranieri consistently left Emerson Royal as the free man knowing that his crosses would not lead to anything. Of his 14 attempts (the most a player has attempted in a game this season) only five hit the target, and none created a decent opportunity. It was very noticeable that Watford were more than happy to let him have the ball in advanced areas:

The only other issue at this point is how to get Lucas Moura and Heung-Min Son working better in tandem behind Harry Kane, who is showing tentative signs of improvement. We have seen glimpses – Lucas’ brilliant strike against Norwich, Son consistently breaking behind Liverpool’s defensive line – but both players can seem a little unsure of their new roles.

Lucas’ dribbling in tight spaces should, in the months ahead, help draw the opposition infield and create more room for flying wing backs, while on the evidence of the 2-2 draw against Liverpool Son may be better in a two: as the Lautaro Martínez to Harry Kane’s Romelu Lukaku.

Considering Conte has only been at the club for two months, these are minor issues. The overall shape both on and off the ball is looking compressed and secure, automatisms are beginning to form as the players follow strict instructions for getting the ball into the final third, and, cups aside, results are dramatically improving.

With two games in hand over West Ham and Arsenal above them, and just two points off the Champions League places, Spurs are in a good position to mount a charge for the top four. Not bad for a club mired in crisis just eight weeks ago.