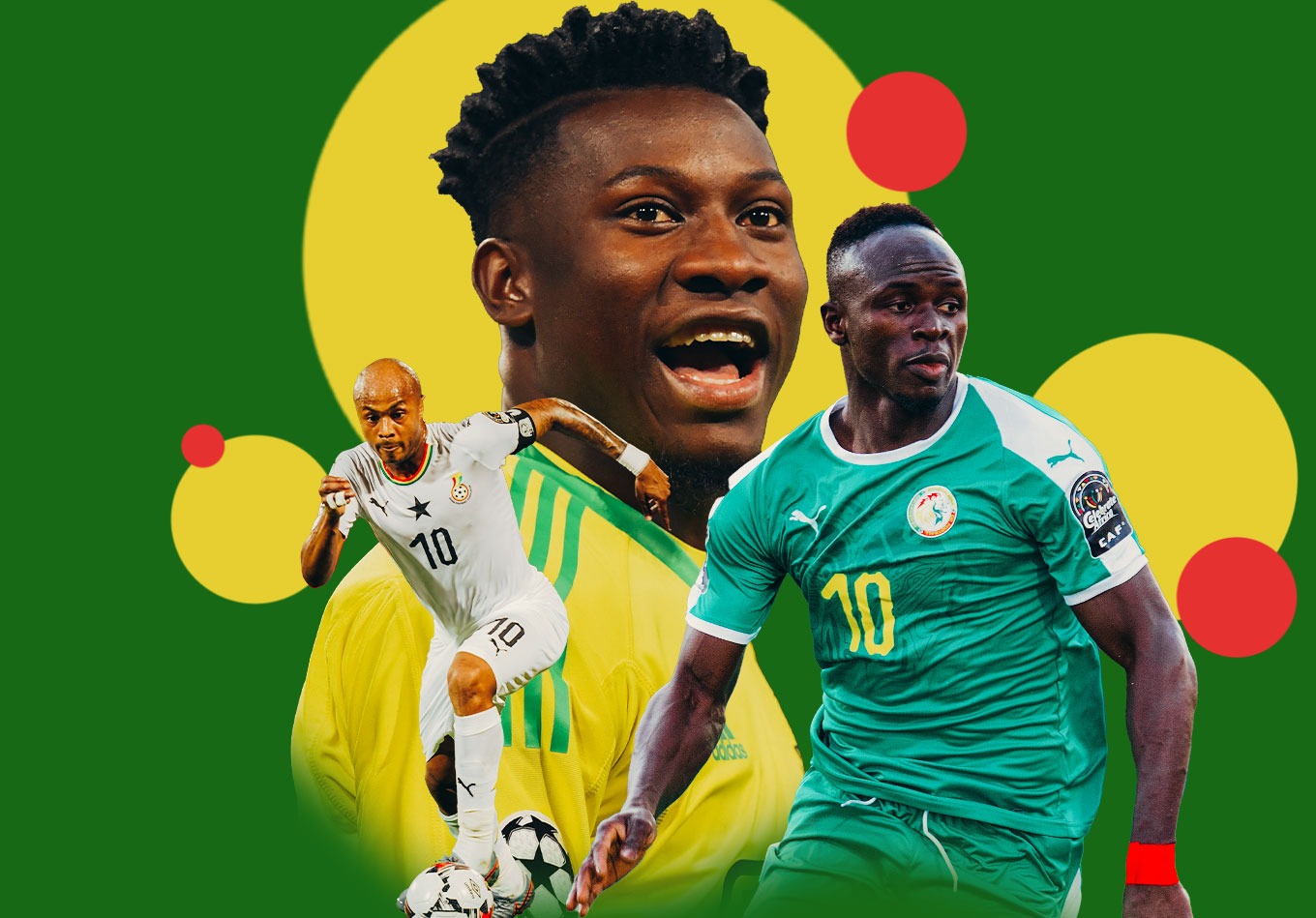 We’ve seen all 24 teams play their first game at the 2021 Africa Cup of Nations, but what do the stats tell us following the opening round of group stage matches?

12 matches, 12 goals. It’s fair to say that AFCON 2021 hasn’t lived up to expectations in front of goal so far, neither by fans nor the Opta expected goals model.

Based on the quality of shots at the tournament in the opening round of group games, the model suggests that we should have seen at least 26 goals scored from an xG of 26.7.

Some terrible shooting choices as well as poor conversion of shots – only 4.6% of shots have been scored in the tournament – have led to an average goals per game of just 1.00, the lowest in AFCON history and worse than the previous lowest in 1988 (1.44 per game).

It’s been a tournament littered with 1-0 victories so far, with nine of the 12 matches ending with this score. Four of those came on Monday, which was the first time ever in an AFCON tournament that four games ended with the same score in a single day.

This is the first time in AFCON history that as many as four games have had the same score on the same day. pic.twitter.com/PjP4tnLWTB

So how does this low-scoring tournament compare to others across the world in the past year? Firstly, we should give the obvious, loud warning of SMALL SAMPLE SIZE…but based on the opening 12 matches of AFCON 2021 compared to last summer’s European Championships, Copa American and CONCACAF Gold Cup, this is a strangely low scoring tournament.

This Africa Cup of Nations tournament has seen lower quality chances and by far the lowest goal total and shot conversion rate. Many will say that this is down to the lack of quality in front of goal, but having watched every game so far, the hypothesis of every team being more equal in quality than some of the other tournaments is probably more accurate. Low scoring, tight games back this view up, with no game so far seeing any side being outclassed by their opponents.

Seeing under half of the goals scored compared to the xG rate is also pretty rare, so we’d expect this to eventually creep nearer the mark – essentially meaning you should expect goals to flow soon enough.

Hosts With the Most

Cameroon made a good impression in their opening game win over Burkina Faso, coming from behind to secure a 2-1 win thanks to a brace from Vincent Aboubakar. Those two goals surpassed his total across the 2015 & 2017 AFCON tournaments (one goal in eight appearances) and form a base for him to build upon in upcoming group stage matches against Cape Verde and Ethiopia.

Cameroon are unbeaten in Yaoundé in 33 years since last losing there in 1988. Both of their remaining group games are at the Olembe Stadium in the city, while if they win Group A they’ll also play their last 16 tie there and then potential semi-final and final matches within the city.

After the first set of games at the 2021 Africa Cup of Nations, Cameroon were the only team to score more than once, albeit both from penalties. How far can this Cameroon side go? History tells us that only three of the 15 AFCON hosts since 1996 have managed to win all three of their group games at an AFCON tournament – Egypt in 2019, Gabon in 2012, Ghana in 2008, and none of those reached the final. We’ll be watching with interest.

Mohamed Kamara is only 22 years old and was making his AFCON tournament debut against reigning champions Algeria. He’d have been forgiven for being nervous.

What the young goalkeeper produced, however, was a display of brilliance to keep out an Algerian attack stacked with talent. He made seven saves across the 90 minutes, with his saves preventing 1.2 goals based on Opta’s expected goals on target model. The last goalkeeper to make as many saves and keep a clean sheet in the tournament was Didier Ovono for Equatorial Guinea against Congo DR in 2015.

At times, Kamara’s methods for keeping Algeria out could be classified as unorthodox. Across the match, the goalkeeper had eight touches outside the box as he charged out of his area to try and stop the opposition.

Pre-tournament, not many eyes would have been on Kamara, with the goalkeeper still playing his club football in his home nation at East End Lions. Following this performance there will be a lot more focus on how he does in their next match against another African giant, Ivory Coast on Sunday.

His performance against Algeria earned him the man of the match award, with arguably the best moment of AFCON 2021 so far occurring when he was awarded the trophy. A clearly emotional Kamara showed just what it meant to keep a clean sheet against one of the tournament favourites.

One of our tournament favourites for AFCON 2021 were Nigeria, and they began the tournament with a great 1-0 victory over Egypt on the opening matchday. The Super Eagles managed to keep Mohamed Salah quiet, which is no mean feat. His 35 touches were fewer than he’s had in any Liverpool competitive appearance this season where he’s played at least 75 minutes, while they restricted him to just one shot.

Impressively, this victory was sealed with the second-youngest starting XI seen across the opening round of group stage games (25 years, 105 days on average) – only Ethiopia’s starting XI was younger (24y 305d).

Much was said pre-tournament about the attacking talent missing for Nigeria, with strikers like Victor Osimhen, Emmanuel Dennis, Odion Ighalo and Paul Onuachu missing. The chosen strike partnership of Kelechi Iheanacho and Taiwo Awoniyi didn’t disappoint, however. The Leicester City striker scored the only goal of the game with a wonderful strike, while Awoniyi tallied three shots with 0.69 xG – only one striker across the opening round of group stage matches posted a higher non-penalty xG than this (Cape Verde’s Júlio Tavares – 1.0xG).

In our Group D preview, we stated that Nigeria are “an enigma that will flop horribly when expected to soar, then shock their way to electric victories”. After such a controlled start to AFCON 2021, expectation has risen – they now need to make sure they don’t disappoint.

A football match lasts ninety minutes, or at least we thought it did.

Tunisia trailed 1-0 to Mali on Wednesday, before referee blew for full-time on 89:45 – 15 seconds before the allotted time and including no injury time. This came following confusing scenes in the 86th minute, when he’d originally blown for time accidently after quite obviously failing to stop his watch for the drinks break earlier that half.

This match saw just 17 minutes and 28 seconds of ball-in-play time across the second half – the lowest of any match at Africa Cup of Nations 2021 – helped in part by two penalties, some VAR checks and that drinks break. The other 11 games have had an average of 24:46, so you’d imagine if there was likely to be injury time in any match across the opening group stage matches, this would be it.

You know the rest of the story, with Tunisia being offered to play the final minutes later in the afternoon but failing to re-enter the pitch. We await to see how this plays out.

One game that certainly did see injury time was Senegal vs. Zimbabwe, thankfully for the Senegalese.

Sadio Mané’s penalty on 96:18 was the latest match-winning goal (and latest overall) in normal time of an AFCON tournament since Bruno Zita Mbanangoyé’s goal (96:55) to win the game for Gabon vs. Morocco in 2012 (3-2).

Before a ball was kicked, our predictions thought that Nigeria had a great chance of glory at AFCON 2021 and following their victory against Egypt in the opening group game, the Stats Perform AI predictor has boosted their chances of lifting the trophy to 17.6% from 14.7%. In beating Egypt, Nigeria are now in a stronger position to win their group and therefore – on paper – have a simpler route to the final.

Sierra Leone’s battling 0-0 against highly fancied Algeria has helped their chances of progression from the group stage, with our predictor now giving them a 43.1% chance of reaching the last 16 compared to 32.9% pre-tournament.

Of the teams expected to advance, Ghana have taken a hit, having lost 1-0 in their opener with Morocco in a disappointing display. Our predictor still gives them a very good chance of making the last 16 at 74.1%, but that’s down from a pre-tournament chance of 86.3%. The biggest blow is that in losing to Morocco, they are now being given a 4.1% chance of winning the group – down from 33.1% before a ball was kicked. Not winning the group probably means a harder route to the final, and this has seen their chances of reaching the final fall to 12.9% from 15.3%.

You can see all the up-to-date predictions in our stats hub. These update throughout the tournament, so make sure to keep an eye on them as games are played.