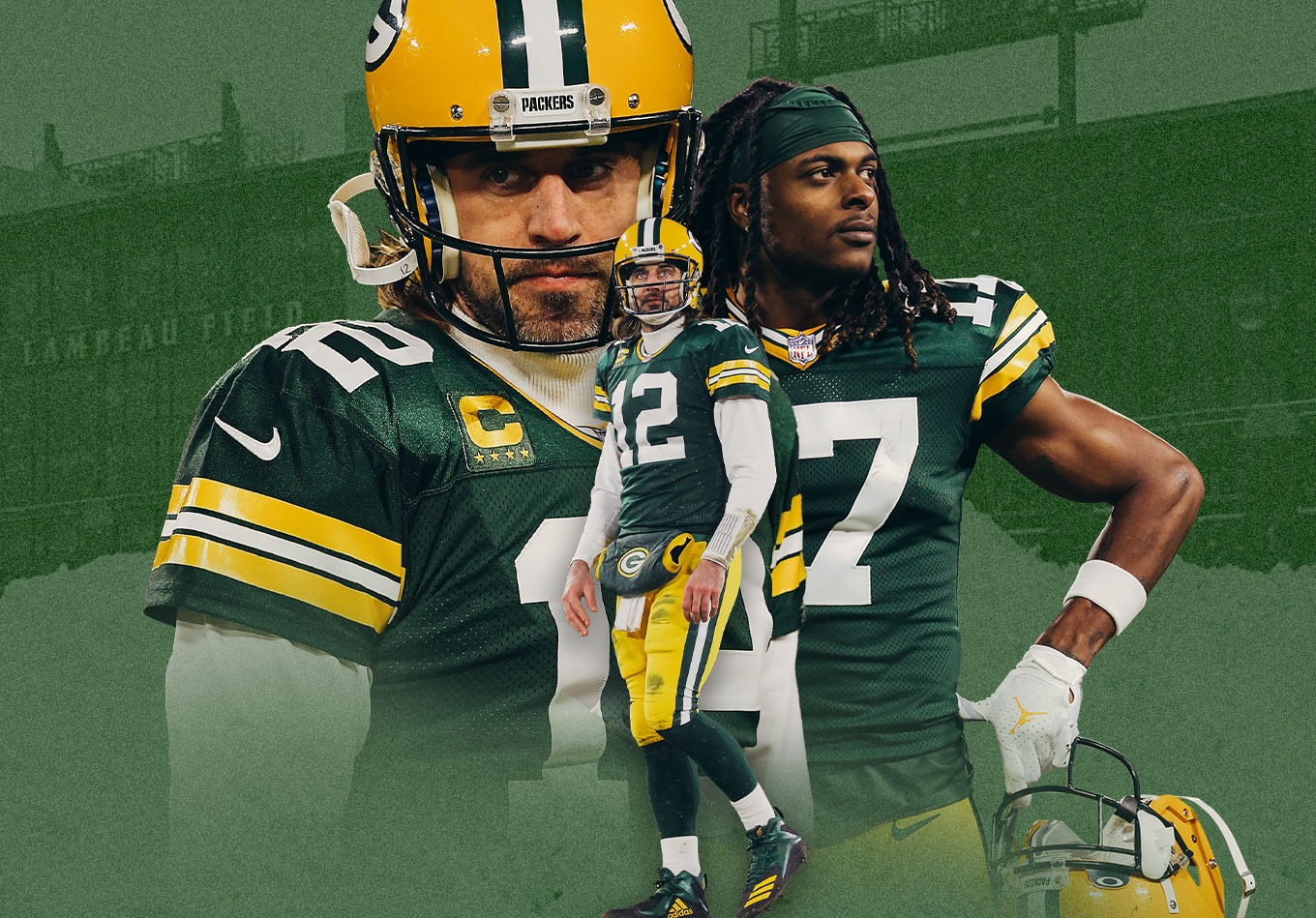 As the Aaron Rodgers Saga Continues: Where Do the Packers Go From Here?

After winning Super Bowl XLV in 2010, the Green Bay Packers were bounced in the playoffs in five consecutive years, and now again three straight times.

They say winning cures all and Green Bay has the best winning percentage in the NFL since 2019 (39-10, .796), but three straight years of playoff misfortune has instead added to the long list of frustrations building at Lambeau.

After a long offseason a year ago, the mood feels even darker this time around. That’s why we’re asking a question that’s rarely posed concerning this historic franchise: Where do the Packers go from here?

The dissatisfaction of future first-ballot Hall of Famer and reigning MVP Aaron Rodgers is not new news. Starting on draft night a year ago, the rumors hit full force that the former 2002 first-round pick and three-time MVP wanted out of Green Bay.

Not enough control of the roster, a poor relationship with general manager Brian Gutekunst, and the questionable draft pick of Jordan Love over a much-needed offensive weapon left a sour taste in Rodgers’ mouth. And yet, after a contentious offseason of linking Rodgers to the Denver Broncos among others, the two sides came to a parlay.

And for most of the season, it looked as though the fences were being mended between the Packers and Rodgers. Winning cures all.

Rodgers put up numbers that will not have anyone surprised if he wins back-to-back MVPs, throwing for over 4,100 yards while leading the league with a 111.9 passer rating and tying for fourth in the league with 37 touchdowns at the ripe old age of 38.

He also ranked second in the NFL with a 2.36 pickable pass percentage and third with a 72.0 adjusted completion percentage (excluding throw aways and spikes) among those with at least 200 attempts.

Like a fine wine, Rodgers is seemingly getting stronger and more dominant as his career has gone along. With a record of 13-3 in his 16 starts this season, the Packers were poised for a championship run that might convince Rodgers to stay.

“I’m going to take some time and have conversations with the folks around here and then take some time away and make a decision, obviously before free agency or anything kind of gets going on that front,” he told reporters after the game.

It’s not only a tough pill to swallow to lose to the wild card-qualifying 49ers, but an even tougher one to take as it came because of miscues on special teams. Another underachieving year and a disappointing divisional-round defeat have once again sprung open the doors for months of chaos within the organization.

Rodgers did not beat around the bush about his future after the game either. The Packers have not done enough (despite earning the NFC’s top seed) to win over Rodgers’ long-term commitment to their organization. Even more unfortunate for the Packers, Rodgers is not the only impending key piece hanging in the balance.

“I don’t want to be part of a rebuild if I’m going to keep playing.”

Staring down a cap situation signaling $40 million in the hole is not an ideal way to start an offseason with so much uncertainty. Even more unfortunate is the lack of ways to clear enough cap space to not only get out of that hole, but prepare for impending free agents as well.

Za’Darius Smith, Preston Smith and Randall Cobb are among those who have already been discussed as targets in cap-clearing moves, even at the detriment of dead cap in 2023. Even with these three names offloaded, the Packers would still find themselves in negative cap space.

Making matters worse, one of the league’s top receivers has reached the end of his contract and will demand top pay to be retained. While Davante Adams is that big fish, Allen Lazard is set for restricted free agency and Marquez Valdez-Scantling is without a contract. The top-three receivers in Green Bay all enter the 2022 season without a contract.

It does not stop there for the Packers.

All-Pro linebacker De’Vondre Campbell’s price tag jumped way up after he made the most of his one-year deal, same goes for Rasul Douglas. Budding nickel cornerback Chandon Sullivan, tight end Robert Tonyan and rising interior offensive lineman Lucas Patrick are all set to hit the market as well.

That doesn’t even factor in Jaire Alexander entering his fifth and final year in need of a new deal and Rashan Gary, who played himself into a starting role this year, only has two years left. Key members of the organization hang in balance as the new league year approaches.

Teams move money and restructure contracts all the time to make the money work, but will Gutekunst be willing to make those moves?

It all comes down to Rodgers.

“There’s a lot of decisions to be made,” Rodgers said. “There’s a lot of players whose futures are up in the air. Definitely will be interesting to see which way some of those decisions go. But I’ll have conversations with (Gutekunst) the next week or so and get a little more clarity and think about my own future and how much longer I want to keep doing this.”

Will retaining Adams and re-working deals to keep the roster locked and loaded be enough to get Rodgers to stay? Does Rodgers even want to play football beyond 2021?

There are real questions the Packers will have to get answered before making any personnel decisions. If Rodgers re-affirms his commitment to the Packers, it’s a no-brainer to push out that cap bill further into the future the way the New Orleans Saints continuously did in Drew Brees’ final years.

But if Rodgers wants out or decides to hang up his cleats, the Packers are going to be a very different team in 2022. Without Rodgers, there’s little hope of Adams returning. With Rodgers, they’d become a team destined to get into a more favorable and long-term cap situation.

Without Rodgers, the Packers are set for rare and uncharted territory as they will prospectively turn the keys over to Love, and as Rodgers may have prophesied postgame: “This thing is definitely going to look different moving forward in Green Bay.”