In the Trenches: Who Are the NFL's Best Pass Rushers and Protectors? | The Analyst 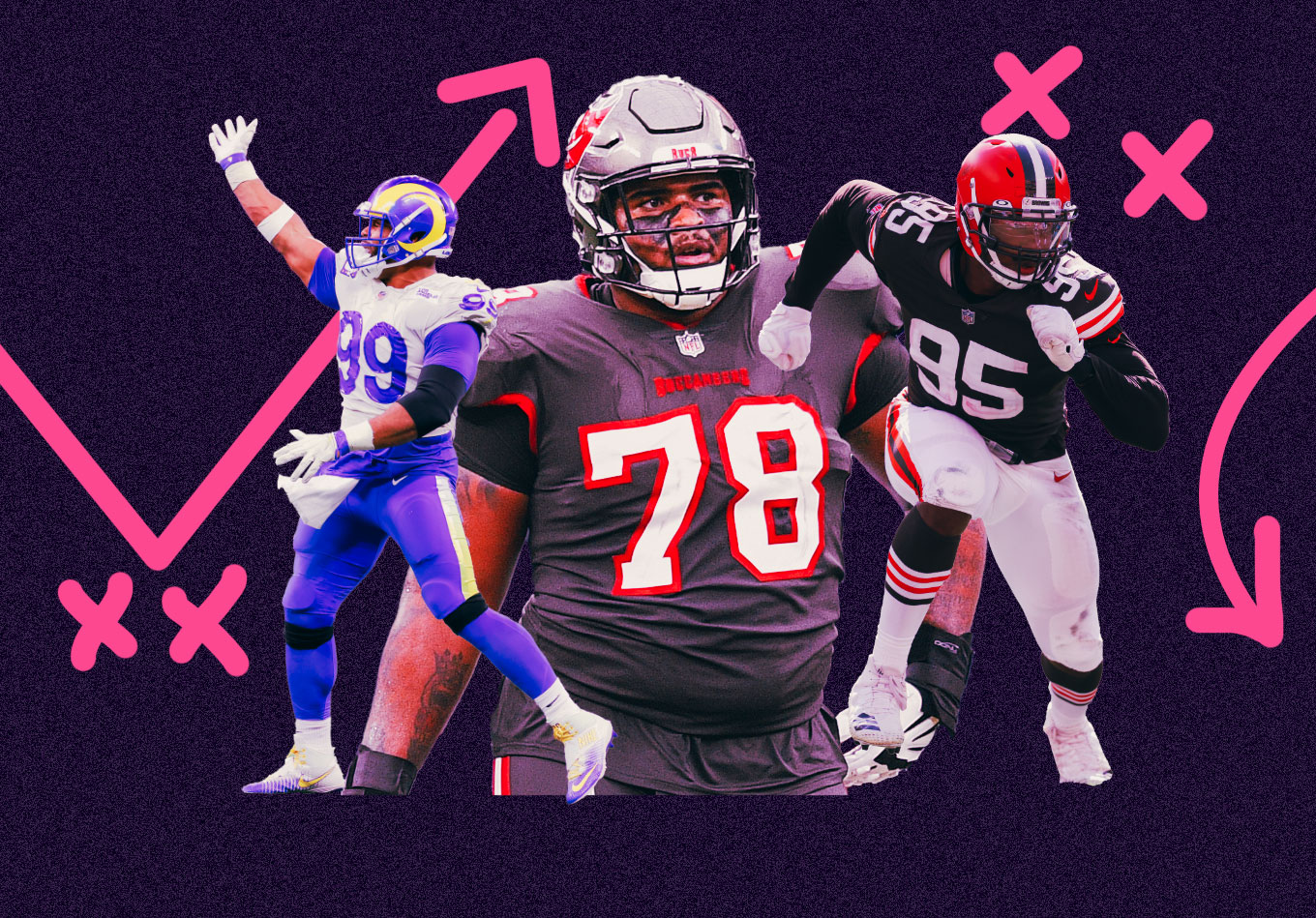 In the Trenches: Who Are the NFL’s Best Pass Rushers and Protectors?

Success up front is critical at this point in the year, and we’re diving into the data to discover which linemen are the best at winning their matchups.

The game is won in the trenches.

It’s an old NFL axiom that has rung true regardless of era, regardless of the changes in philosophy that have defined those eras, and it’s one that holds particular weight as the season approaches the business end.

If you can win the battle up front in December and January, chances are you will be in a strong position to challenge to go all the way.

Rarely is one player the difference on either side of the trenches. A superstar edge rusher can be taken out of the game if he does not have support, while an offensive line can still collapse even with a dominant left tackle if it does not have the necessary cohesiveness and continuity.

Yet when two position groups are so dependent on the success of the entire unit, it can make it difficult to decipher who is among the elite when it comes to pressuring the quarterback and protecting him.

That’s where the numbers provide that crucial bit of added context. Our matchup data does just that, measuring how often a pass rusher or pass protector wins or loses a one-on-one matchup and adjusting that percentage based on their success on stunts.

And there are clear and, in some cases, surprising standouts in that metric through 13 weeks of the NFL season.

Menace in the Middle

The identity of the best interior pass rusher in the game has rarely been in dispute, and though he likely will not win the NFL’s Defensive Player of the Year in 2021, Aaron Donald is delivering another year to serve as a reminder of his status as the league’s best on that side of the ball.

Donald has the highest stunt-adjusted pass rush win rate of any defender in the league (min. 100 matchups). The Los Angeles Rams star has a win percentage of 64.3, no other defender to meet that matchup threshold even comes close to a win rate of 60.0%.

Indeed, Donald’s closest challenger is Washington Football Team defensive tackle Jonathan Allen, his win rate of 50.4 surprising given the former first-round pick has seen much of his assistance taken away through injuries to edge rushers Chase Young and Montez Sweat.

No defensive tackle with 150 snaps on the interior of the defensive line has more quarterback knockdowns (20) than Allen, the quickness, athleticism and power he has at his disposal in part fuelling the resurgence of a defense helping Washington climb back towards the playoffs.

Living on the Edge

T.J. Watt leads the NFL in sacks with 16, yet it is the man most likely to rival him for DPOY who leads the way among edge rushers in terms of win rate.

Myles Garrett has won 62 of his 130 one-on-one matchups in 2021, while his stunt-adjusted win percentage of 48.4 is the best for edge players. He’s dominating opposing linemen at a level that suggests he could have even more than 14 sacks.

Indeed, Garrett’s 20 adjusted sacks are the most among edge rushers, his adjusted sack rate of 10.7% also leading the way at the position group (min. 100 snaps).

While Garrett’s progression to contender for one of the most prestigious individual NFL awards is a natural one for a first overall pick long since viewed as a home run, fewer will have anticipated the kind of dominance Maxx Crosby has produced this season.

Crosby’s stunt-adjusted win percentage of 45.0 is second among edge rushers, while no defender in the NFL other than Donald (87) has more one-on-one wins than Crosby’s 82.

They have come from 185 matchups, but the fact his teammate Yannick Ngakoue has won only 39 of his 215 matchups illustrates just how quickly Crosby has ascended to an edge rusher superior to many of his more high-profile contemporaries.

When the New York Giants selected Dexter Lawrence with the 17th overall pick in the 2019 NFL Draft, his impact was expected to come predominantly in the run game.

Yet after Donald and Allen, he’s the cream of the crop when it comes to interior defensive linemen dominating opposing offensive linemen on pass-rush snaps.

Lawrence, whose career high for sacks in college came when he had 6.5 as a freshman at Clemson, boasts a stunt-adjusted win rate of 46.3. Yet his success in pushing the pocket from the interior has not translated into impressive sack production, Lawrence has only 1.5 on the year to go with five quarterback hits.

Residing in the same division, Micah Parsons’ sack numbers are more illustrative of his ability to generate pressure. Parsons playing on the edge occasionally was something most expected when the Dallas Cowboys selected him 12th overall this year, yet nobody could have envisaged just how devastating a player Dallas picked to play off-ball linebacker could be in that role.

He has a stunt-adjusted win percentage of 38.3, just below that of former Defensive Rookie of the Year and San Francisco 49ers star edge rusher Nick Bosa (40.3). That has translated to a 10-sack season for Parsons, who appears destined to end the year joining Bosa among the group of players to have won DROY.

Parsons’ season, regardless of when it concludes, will be fondly remembered and marked by accolades, while Lawrence’s efforts will likely be quickly forgotten, that contrast reflective of the difference in their roles and the markedly different directions in which their two franchises are headed.

Recognition can be tough to come by for offensive linemen, yet it will be a surprise when the dust has settled on the 2021 campaign if these three offensive tackles are not at least able to celebrate a Pro Bowl nod.

The end date of Tom Brady’s career is unknown, and after looking close to the finish line in his final game as a New England Patriot, the injection of life into his career since moving to Tampa Bay has a lot to do with the young blood on the right side of the Buccaneers’ offensive line.

Right tackle Tristan Wirfs, the Bucs’ first-round pick in 2020, leads all tackles with at least 100 matchups with an incredible stunt-adjusted win percentage of 95.9. In his second year in the league, he has lost just nine of his 236 one on ones.

Such dominance makes Wirfs’ presence integral to the Bucs’ hopes of retaining the Lombardi Trophy, and the importance of the man second at his position has rarely been in doubt.

The Cowboys’ offensive line was a shambles in 2020 without left tackle Tyron Smith, as well as several other missing parts, and he has reaffirmed his value in 2021, losing only nine of 159 matchups for an adjusted win rate of 94.2.

Behind him, left tackle Trent Williams (89.91) has been mentioned as an offensive lineman who would be worthy of consideration in a pretty open race for Offensive Player of the Year due to his continued success in pass protection and the monstrous athleticism he demonstrates in blocking for the 49ers’ ultra-versatile run game.

Having traded back with Tampa Bay to allow the Bucs to select Wirfs in the same draft in which they traded with Washington to acquire Williams, there may be some regret in the Niners’ front office about that first deal. Hindsight is 20-20, yet with their current issues on the right side of the line, it is hard not to think about just how impressive a front featuring both Wirfs and Williams could have been.

Joel Bitonio doesn’t quite meet the 100-matchup threshold, but an exception should be made in this instance given the exceptional play he’s again producing for the Cleveland Browns.

The three-time Pro Bowl guard has lost nine of his 99 matchups, his stunt-adjusted win percentage an outstanding 92.1%. Browns quarterback Baker Mayfield may be banged up, but that is hardly the fault of a player who continues to set the standard for protection among interior offensive linemen.

Zack Martin has long since met that standard and the Cowboys’ right guard is back to his best after an injury curtailed 2020, boasting an adjusted win rate of 88.8 and losing only 13 of his 100 one on ones. With Martin and Smith playing at an All-Pro level again, it’s no surprise Dak Prescott is enjoying a Comeback Player of the Year season.

Struggles on the offensive line have damaged Lamar Jackson’s MVP hopes, but the Baltimore Ravens’ star can have no complaints about the protection he has received from guard Kevin Zeitler.

While the play of those around him has declined, Zeitler remains the picture of consistency with an adjusted win percentage of 88.6. In a season where so much about the Ravens has been difficult to trust, Zeitler has offered a much-needed reliable presence in the middle.

Rising to the Challenge

Not helped by Wirfs’ efficient acclimation to life at the highest level, the rookie returns from 2020 fourth overall pick Andrew Thomas appeared disappointing. But the Giants’ left tackle’s progression this season serves as further proof that development is not always linear and can vary greatly from player to player.

This season, he’s performing at the standard the Giants anticipated when they made him the first offensive lineman off the board. He has lost 14 of 130 one-on-ones and boats an adjusted win percentage of 88.6.

New York’s patience with Thomas is being rewarded, but the Los Angeles Chargers haven’t had to wait long for Rashawn Slater to justify his first-round status. Slater has produced a season worthy of putting him in the mix to be the first lineman to win the NFL’s Offensive Rookie of the Year.

Whether his efforts in protecting Justin Herbert translate into actual votes remains to be seen, however, no lineman has faced more one-on-ones than Slater’s 257, and he has lost only 30 of them. With a stunt-adjusted win percentage of 88.5, Slater has compiled an outstanding OROY resume after a year away from the game in 2020.

Early success completely evaded Ereck Flowers, yet he looks to have found a home as the left guard for Washington. The former Giant is in his second spell with Washington and is proving a pivotal part of a playoff push, coming off worst in just 17 of his 134 one on ones and posting an adjusted win rate of 87.6.

His success is enabling Taylor Heinicke to keep defying the odds at quarterback and put Washington in position for a wild-card berth.

Slater has settled quickly while Flowers bounced around and took significant time to find his footing. But, at very different points of their careers, both could be rewarded for excellent campaigns with postseason football. 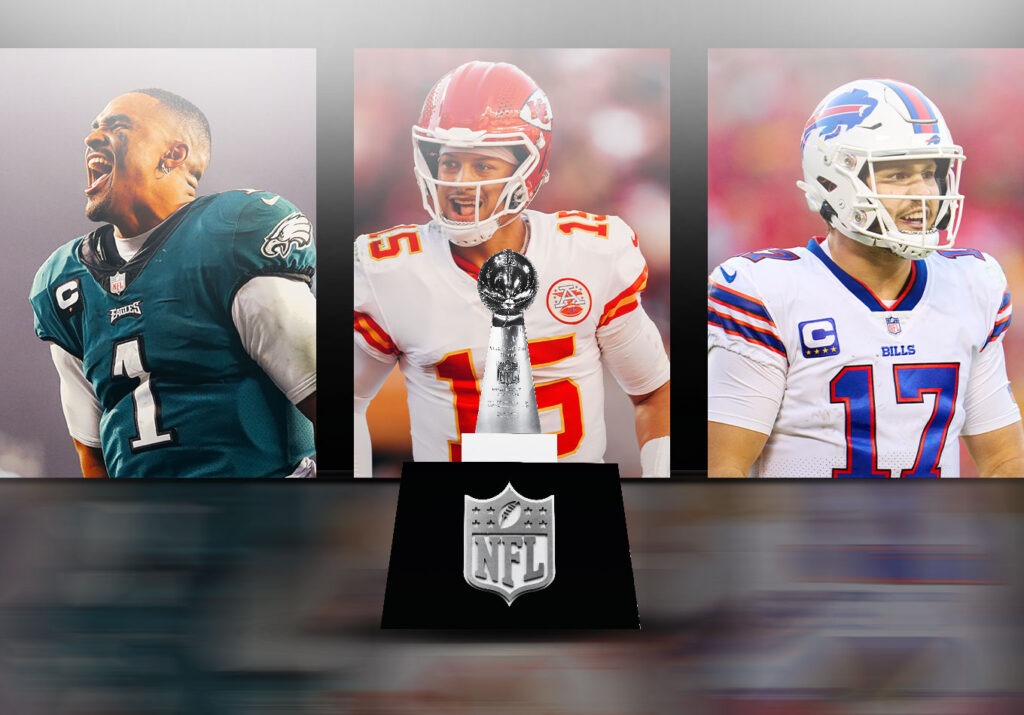