The Yays and Nays: Our Week 15 Fantasy Football Projections and Top Plays | The Analyst 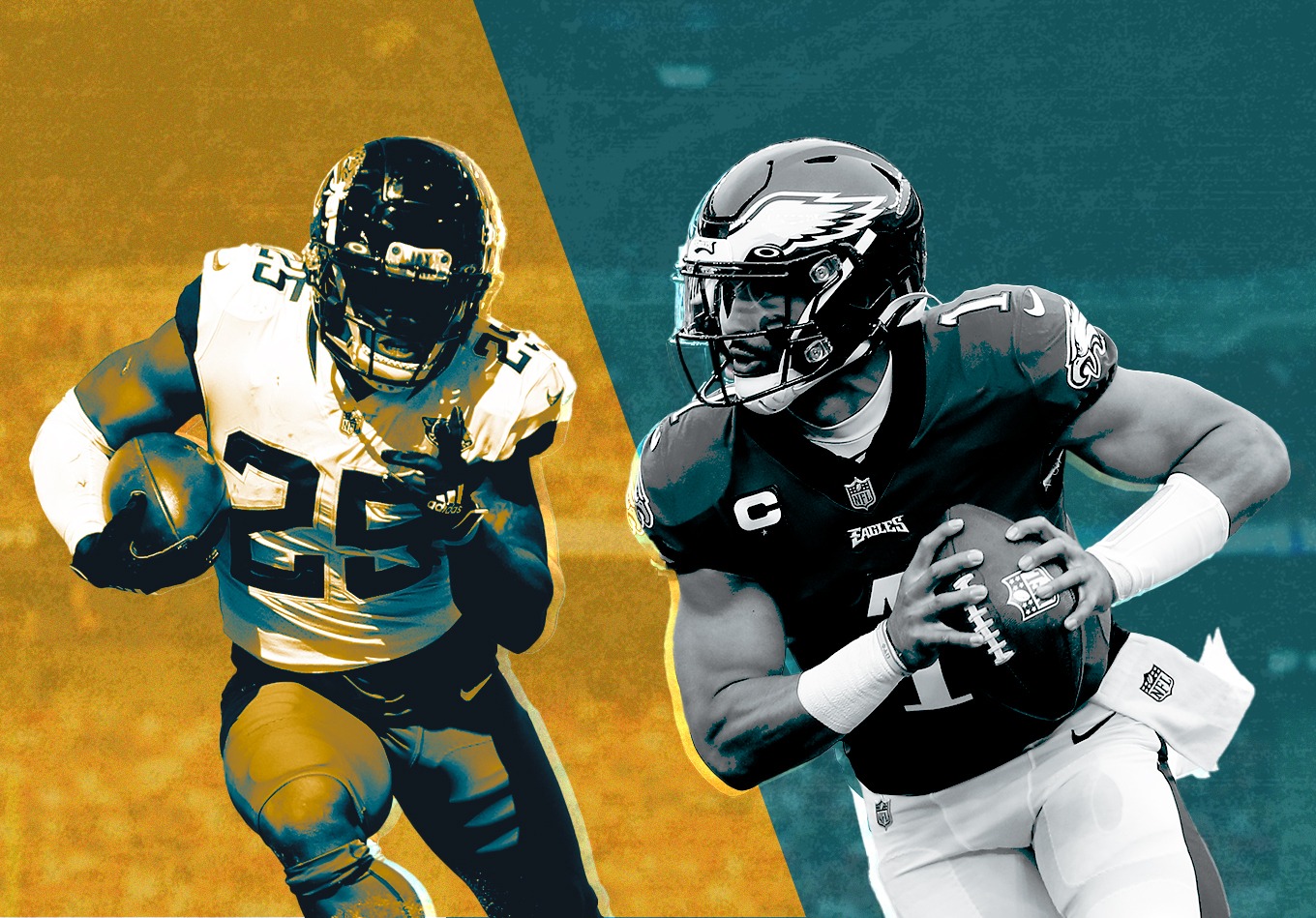 There’s a buzz word that continuously pops up whenever we are describing desirable players – volume.

Volume is king. For running backs, that volume is found in carries and receptions. For wide receivers, what we really want are targets. It’s simple. The more targets a wide receiver gets, the more opportunities they have to score.

So now that we have a mostly full season behind us, let’s dig deeper. Because once we accept that volume is the single most important deciding factor to fantasy success, the next step is evaluating how efficient players are with their touches. Let’s start with running backs.

The reason we must split these players into position groups is because in PPR formats, the majority of touches from a running back are less valuable than a wide receiver. A 7-yard run is a highly effective real-world football play. But in fantasy terms, that play doesn’t have much standalone value – 0.7 points simply won’t move the needle.

If Player A finishes a game with 25 carries for 100 yards and Player B finishes with five catches for 50 yards, both players end with 10.0 points. This, of course, despite 20 less touches and 50 less yards for Player B.

Some observations from going through this exercise with the running backs:

Obviously, Deebo Samuel jumps off the page with 2.67 points per target. But since he has received a significant chunk of rushing volume, he’s an outlier in this exercise. If we only calculated Samuel’s pass catching exploits, he would average 2.06 PPR points per target, identical to Justin Jefferson’s total.

Some other observations from the wide receivers:

Ultimately, this is what we search for as fantasy managers. We want players that receive tons of volume. But we also want our players to take advantage of that volume. Taylor and Kupp have done this all season and that’s why they entered Week 15 as the top two fantasy scorers.

As always, we’re breaking down our data-driven projections that use several of our AI-powered models. Here are some of our Week 15 yays and nays:

Additional Note: With COVID numbers spiking, there’s always a chance these players could be impacted. As of this writing, none of these players are in the health and safety protocols, though some games have been moved to Monday or Tuesday as a result of the rising cases. Fantasy managers should be ready to adjust accordingly.

Jalen Hurts, QB (PHI) vs. WSH (ECR: 8, Our Rank: 4): If volume for running backs and wide receivers are a major advantage, the same can be said for quarterbacks who can run. And boy, can Jalen Hurts run.

He ranks second among quarterbacks in rushing yards (695) and first in rushing touchdowns (8).

How does that translate to fantasy success? Hurts enters Week 15 as QB7 despite having the fewest passing yards of any quarterback in the top 20 in fantasy points. Facing a Washington defense that hasn’t allowed 250 passing yards in a game since Halloween, Hurts’ legs will be critical for the Philadelphia Eagles to have success.

Hurts got in a full practice on Friday, so even though he’s still listed as questionable, he’s on track to play. This game has been moved to Tuesday, so there is a chance Hurts could be a late scratch and it could be brutal for your fantasy prospects. But we expect him to go, and he instantly becomes a top-5 play.

James Robinson, RB (JAX) vs. HOU (ECR: 19, Our Rank: 5): Get this. Robinson, the breakout star of the 2020 Jacksonville Jaguars, has touched the ball a combined 15 times over the Jags’ last two games.

This week, the Jags face a Houston Texans team that allows more rushing yards per game than any other team in the NFL (147.9). Over the last two weeks, the Texans have allowed Jonathan Taylor and Rashaad Taylor to rush for over 130 yards and two touchdowns. Both Taylor and Penny finished their week as RB3.

We’re betting that Robinson won’t be sidelined for significant stretches this week. He’s projected for 18 carries this week, and against a Texans defense that has struggled to stop the run, he’s going to turn that into fantasy production. Robinson is a legit RB1 option this week.

Courtland Sutton, WR (DEN) vs. CIN (ECR: 47, Our Rank: 23): It’s been a real struggle for Sutton this year that has culminated in this current six-game stretch in which Sutton hasn’t recorded more than two catches in any of the games.

Because of his season-long lack of production, Sutton is a risky play. But our models expect Sutton to return WR2 value this week.

Tom Brady, QB (TB) vs. NO (ECR: 3, Our Rank: 9): For all of the amazing numbers Brady has piled up while defying father time in Tampa Bay, the New Orleans Saints have been the one team he and the Buccaneers haven’t quite been able to figure out.

Unlike Hurts and some of the other top quarterbacks, Brady has no value running the ball. He relies on dynamic passing numbers. Those numbers are unlikely to come in major volume against the Saints. Brady is a lower-tier QB1 for this week.

Aaron Jones (ECR: 15, Our Rank: 32) and AJ Dillon (ECR: 26, Our Rank: 35), RBs (GB) vs. BAL: During the course of the season, the Green Bay Packers backfield situation has morphed into a Cleveland-like backfield, with Jones and Dillon sharing the touches.

Jones doesn’t have more than 15 carries in a game and only has one 20-touch effort since Week 4. During that same time frame, Dillon has four games with at least 15 carries and two games with 20 touches. The problem with splitting touches is more pronounced when playing a team like the Baltimore Ravens. The Ravens are first in the NFL in rushing yards allowed per game (85.5). They also rank 31st in passing yards allowed per game (266.1) and no team has allowed more completions of 20 or more yards (56) or touchdown passes of 20 or more yards.

Because of the success our projections expect Green Bay to have passing the ball (347 projected passing yards), there isn’t a ton of room for the Packers running backs. They’re both flex worthy plays, but both will need a touchdown to achieve anything more than that.

Brandon Aiyuk, WR (SF) vs. ATL (ECR: 23, Our Rank: 42): One of the major reasons of the San Francisco 49ers resurgence from 3-5 to a playoff spot has been the re-emergence of Aiyuk as a real threat in the passing attack. With at least 80 receiving yards in three of his last six games, Aiyuk has recorded three top-12 finishes in his last six games.

But with George Kittle the clear No. 1 option in the passing game and Deebo Samuel commanding plenty of looks as a potential NFL Offensive Player of the Year candidate, targets aren’t one of the things that have swung heavily in Aiyuk’s favor. He’s still only averaging 6.0 targets per game over this stretch. And against a Falcons team that has struggled to stop the run, Aiyuk isn’t going to get a ton of opportunities to produce big fantasy numbers.

Our models are projecting Aiyuk for 5.8 targets, 3.5 receptions and 46.6 receiving yards. Those are pedestrian numbers certainly not worthy of low-WR2 status like his ECR indicates. He’s a risky play as the clear fourth option in that offense behind Kittle, Samuel and the run game.