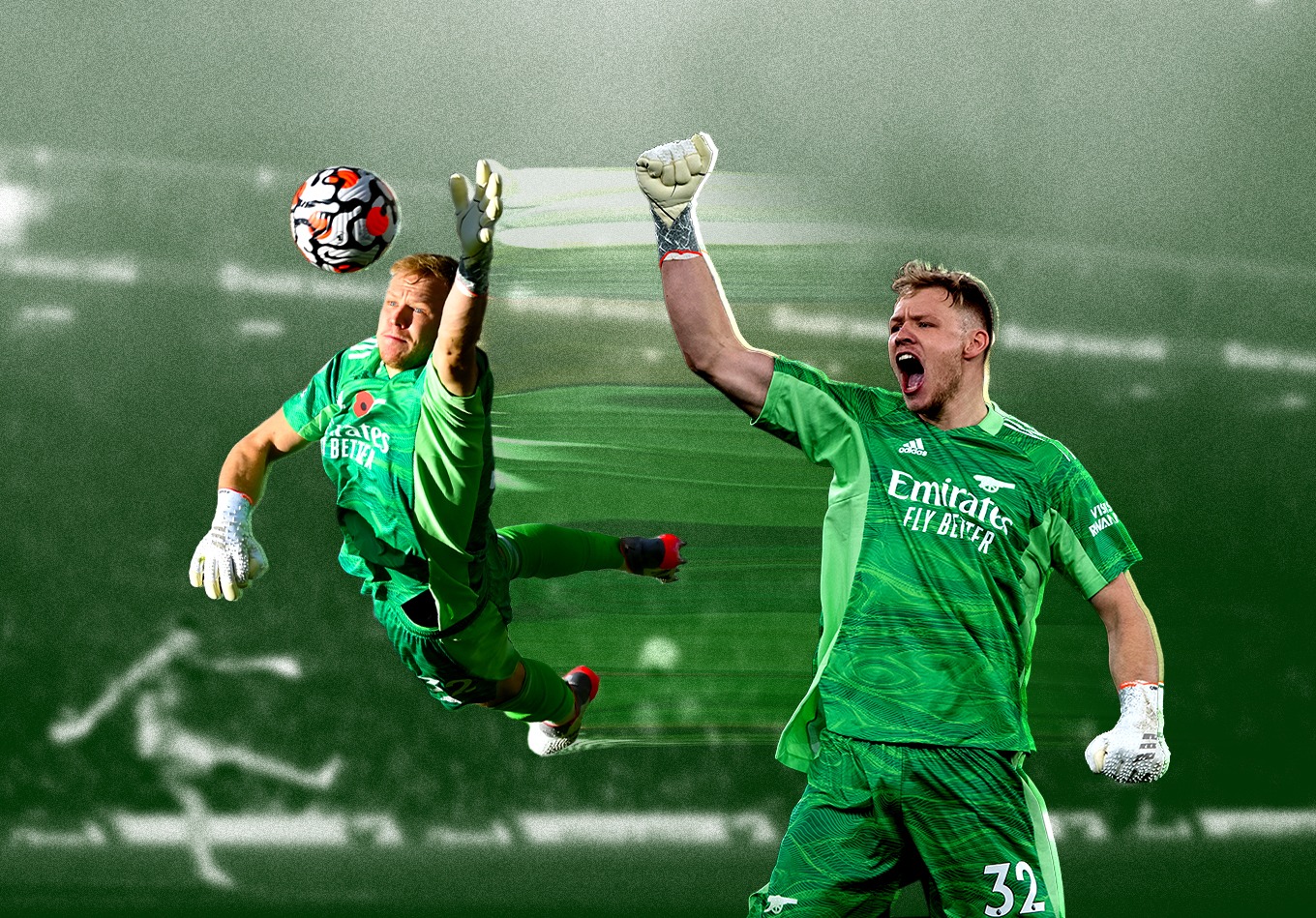 He’s a Keeper: The Rise of Rambo

Arsenal fans have fallen in love with their new goalkeeper, so we asked Rob Bateman to run the rule over Aaron Ramsdale, to see if the hype is real.

Eyebrows were raised this summer when Arsenal invested a fee of £24 million (rising to £30m) on Aaron Ramsdale, seemingly as a back up to first choice Bernd Leno. The Stoke-on-Trent born stopper had been relegated in three of his previous four seasons of league football including the last two with Bournemouth and Sheffield United from the Premier League.

It seemed like a signing for the future, especially when Leno started the season in goal and his only appearance was his debut in the League Cup against West Brom – the team he supported as a boy. But after three successive defeats at the start of the campaign, Mikel Arteta selected Ramsdale along with new signings Takehiro Tomiyasu and Ben White and the Gunners have gone from bottom of the table to the Champions League positions in the space of three months.

Ramsdale has emerged as an effusive character and personality in Arsenal’s team which has often been accused of lacking leaders. His celebrations and interaction with team-mates, supporters of Arsenal and exchanging banter with opposition fans has proved very popular with the Gunners’ faithful and any doubts they had about him have long since faded thanks to a string of superb performances.

Being voted as the club’s Player of the Month in each of the last two polls shows that Arsenal’s defence has had to rely on him quite often to bail them out. Only five goalkeepers have made more saves than Ramsdale and only one to have played more than half their sides’ games has made more saves per game on average than the English ‘keeper – Leeds’ Illan Meslier, who faced 12 shots on target in one match against the Gunners last time out, pushing him above Ramsdale in the ranking.

Despite being so busy, only two goalkeepers have managed to keep more clean sheets than Ramsdale and all of the other goalkeepers in the table below have played more games than the Arsenal shot-stopper.

Only José Sá of Wolves has saved a higher percentage of shots on target faced than Ramsdale and, along with Edouard Mendy, those three have easily been the most effective shot stoppers in the top flight this season.

Ramsdale has prevented four goals more than the average ‘keeper would be expected to have saved so far this season and much of that has been down to his incredible agility.

The goals prevented rate metric can account for different goalkeepers facing a different number of shots over a period of time and is a more accurate way to judge a goalkeeper’s shot-stopping ability. Normalising for the volume of shots allows us to see if goalkeepers were expected to concede more or fewer goals for every goal that they conceded, based on the quality of shots that they face on target.

He also arguably made one of the saves of the season against James Maddison of Leicester City earlier this season, with a brilliant diving save which parried the ball on to the bar, before having the presence of mind and agility to get back up and make another stop on the follow up. It’s no surprise given his exploits that no goalkeeper has made more fingertip saves than the young Englishman (4) – just ahead of West Ham’s Łukasz Fabiański and Man Utd’s David de Gea (3).

After settling into his new team so well, Ramsdale has been further rewarded with his first England cap (against San Marino). In becoming the first Englishmen to play in goal for the Gunners in the Premier League since the legendary David Seaman, he had some big gloves to fill. Arsenal fans will be hoping that he goes on to the same sort of success as their former great.