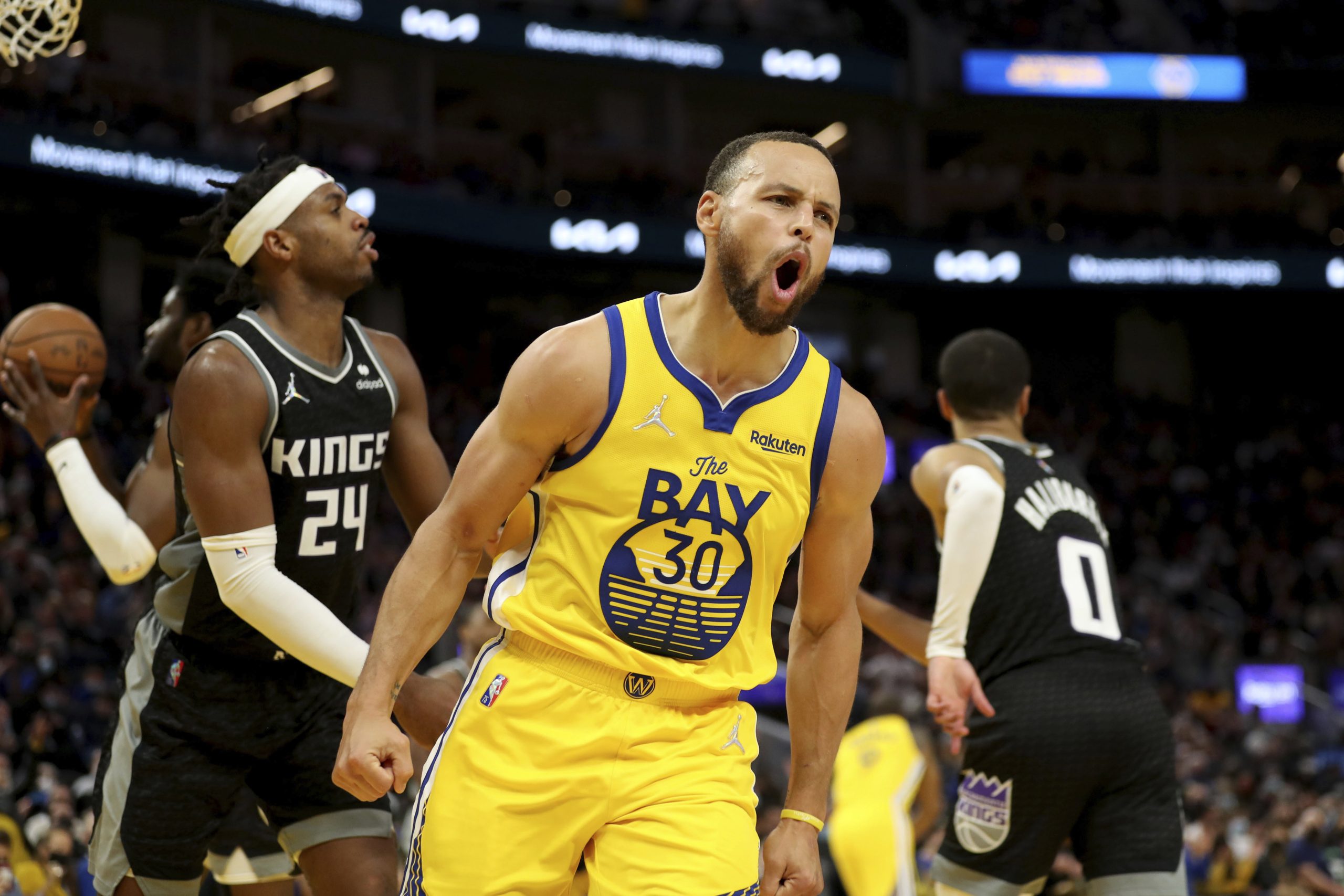 In what had been a foregone conclusion for years, the Golden State Warriors’ Stephen Curry officially affirmed himself as the greatest 3-point shooter in NBA history just 11 days before Christmas.

Receiving a pass from Andrew Wiggins at the right wing at Madison Square Garden on Dec. 14, Curry quickly put up a shot from 28-feet out that swished through the net for his 2,974th career 3-pointer, surpassing Ray Allen’s mark.

Curry has revolutionized the game of basketball, and while he didn’t invent the 3-point shot, he is credited with being the first one to truly exploit its value, as consistently making 3-pointers outweighs a made 2-point basket.

He broke Allen’s mark in 511 fewer games – that’s more than six seasons – and when the three-time NBA champion and two-time league MVP finally decides to retire, it’s conceivable he could have well over 5,000 made 3s.

While Curry is the best 3-pointer shooter to ever pick up a basketball, you would never guess it by his performances on Christmas.

This will be Curry’s ninth game on Christmas, and the NBA’s all-time 3-point king has never made more than two 3-pointers in a game on Dec. 25.

That’s right, the man who averages 3.8 made 3-pointers a game – the best in league history – and has an NBA-best 517 games with at least three 3-pointers made, is averaging 1.3 made 3s on Christmas.

He also enters this Christmas having made at least three 3-pointers in each of his last 14 games, which is tied for the eighth-longest streak in NBA history. (Curry is responsible for four of the seven longer streaks.) But now he takes the court on a day when all those shots that routinely go through the hoop for him clank off the rim.

Well, perhaps he’s not attempting as many 3-pointers on Dec. 25. Nope, that’s not the case, he’s simply missing badly, shooting 20.4% on his 49 shots from beyond the arc. Just for comparisons sake, of the 174 players with at least 80 3-point attempts this season, Curry’s 20.4% would finish dead last.

Curry is typically deadly from the wing, knocking down 43.2% of his shots from there to trail only Joe Harris’ 43.3% shooting for the best by any player who started his career in 2003 or later with at least 500 attempts from the wing. However, on Christmas, Curry is abysmal from the wing, misfiring on 28 of his 32 attempts to connect just 12.5% of the time.

Not surprising given his shooting struggles, Curry is averaging 13.1 points on Christmas – 11.2 fewer than his career average – which, again, marks his lowest scoring average for any day in which he’s played in at least three games.

It’s just about unfathomable for someone with a 24.3-scoring average and 540 career 20-point games, but he has never scored more than 19 points on his eight Christmas Day games. There is only one other date Curry has played more than one game and failed to score 20 points and that is Feb. 16 – and he’s had six fewer opportunities, playing just twice on that day.

Part of Curry’s Christmas shooting woes could stem from the competition he’s facing. The NBA constructs a doozy of a schedule on Christmas Day, pitting the best teams up against one another with one marquee matchup followed by another. So, Curry’s Warriors often find themselves in a playoff rematch or a date with another formidable foe.

And while he’s struggled mightily on his Christmas Day matchups, Curry has often faced those same teams at other points in the same season and not had the same problems, averaging 20.3 points, on 48.9% shooting from the field and 47.4% from 3-point range.

Just last Christmas, Curry finished with 19 points on 6-of-17 shooting – including 2 of 10 on 3-pointers – in Golden State’s 138-99 loss to the Milwaukee Bucks. He got a measure of revenge in a rematch with the eventual champion Bucks later in April, exploding for 41 points while shooting 66.7% and making half of his 10 3-point attempts in a one-point victory.

This Christmas, Curry and the Warriors face another huge challenge with a visit to the Phoenix Suns in a showdown between the teams with the league’s best two records.

Three days later against the same Suns team, Curry was a bit better, shooting 40% on 20 field goal attempts and going 6 of 11 from the perimeter with 23 points in a 22-point win.

This time, though, he certainly seems poised to exorcise the ghost of Christmas past. He arrives back in Arizona coming off a 46-point performance while draining eight 3s in Thursday’s win over the Memphis Grizzlies for his third straight game scoring at least 30 points – the first time this season he’s accomplished that.

For the greatest 3-point shooter of all time, it seems that Curry can’t possibly have another clunker on Christmas. He’s too good to have been in such a funk and it doesn’t seem to make sense he would struggle so much on one particular day – unless of course, he doesn’t believe in Santa Claus.