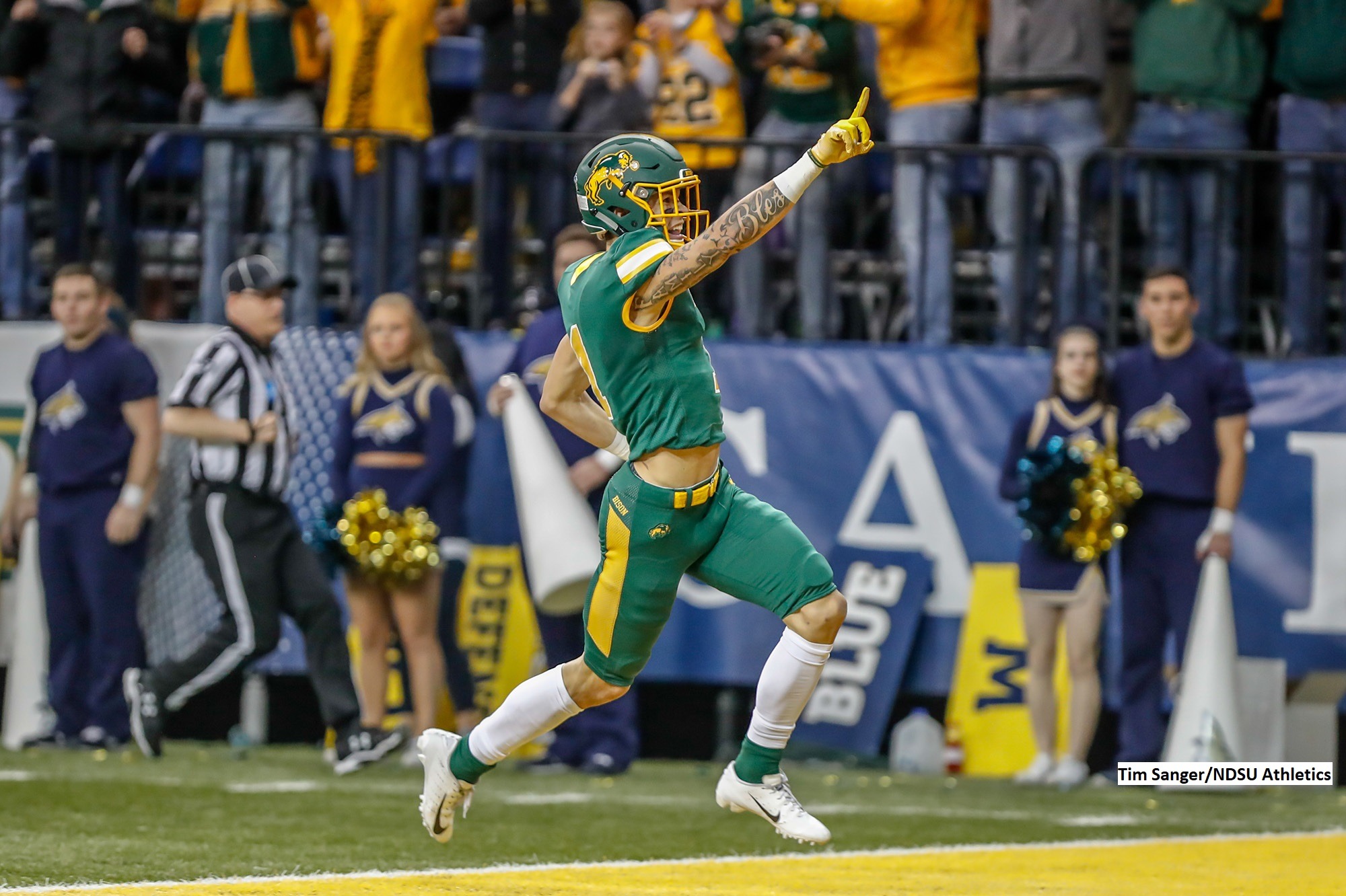 With each season, NFL scouts seem to pay more attention to who’s playing in the FCS championship game.

Of course, it helps when North Dakota State (eight national titles since 2011) keeps bringing NFL-ready players to the final game at Toyota Stadium in Frisco, Texas. The Bison have had an FCS-high nine selections in the last eight drafts.

This season, the Bison’s opponent, Montana State, also will arrive at the Jan. 8 matchup (noon EST, ESPN2) with plenty of talent to keep an eye on for the next level.

Josh Buchanan, an FCS analyst for NFL Draft Scout and Phil Steele Publications, and considered one of the nation’s top evaluators of small-school prospects, provided his top draft candidates from the championship rosters:

1. Christian Watson, North Dakota State, WR/KR, 6-4, 208 (jersey No. 1) – The choice between Watson and Andersen was close, but Watson’s star potential puts him at the top of this list – a repeat first-team All-MVFC pick who was the leading vote-getter in the league. While he has not put up the most impressive stats this fall with 39 catches for 740 yards and seven touchdowns, he’s missed all three playoff games with an injury and the Bison have a run-first offense. The East-West Shrine Bowl invite is a big, smooth runner with good hands and big-play ability. He may be selected as high as the third or fourth round.

2. Troy Andersen, Montana State, LB, 6-4, 235 (No. 15) – Montana State has not had a draft pick since 2016 (tight end Beau Sandland to the Carolina Panthers in the seventh round), but that streak ends in 2022 with Andersen. He is one of the draft’s more versatile players – the 2017 Big Sky freshman of the year while playing both running back and linebacker, a 2018 first-team selection at quarterback, a 2019 first-team selection at linebacker and the 2021 Big Sky defensive player of the year with 137 tackles in 14 games. He’s a big, fast sideline-to-sideline stopper who also is active in the backfield. The Senior Bowl invite could keep rising from his fifth- or sixth-round projection.

3. Cordell Volson, North Dakota State, OG, 6-3, 313 (No. 67) – A Shrine Game invite, Volson is a highly decorated, versatile prospect who has played both guard and tackle in his career. He lacks ideal size for tackle, but moves well, shows good awareness, is strong and finishes plays. There is a chance he is taken in the sixth or seventh round, with the worst case being him latching on to an NFL roster as a priority free agent.

4. Josh Babicz, North Dakota State, TE, 6-6, 255 (No. 81) – An All-MVFC pick this fall with 10 catches for 206 yards and three touchdowns, Babicz has a real chance to be taken in the late rounds due to his size/speed combo. It is evident in his 20.6 yards per catch. He’s been invited to play in the NFLPA Collegiate Bowl.

5. Lewis Kidd, Montana State, OT, 6-6, 311 (No. 76) – Kidd started early as a freshman in 2017 and has displayed consistency as a 3½-year starter. This 2021 first-team All-American has experience at both guard and tackle, often excelling in the run game with his size and strength. Expect him to be a free agent pickup.

Noah Gindorff, North Dakota State, TE, 6-6, 266 (No. 87) – An NFLPA Bowl invite with late-round draft potential, Gindorff has instead decided to remain at NDSU next season after sustaining a knee injury recently. He had 17 receptions for 193 yards and two touchdowns this season, and should have a bigger campaign in 2022 with Babicz heading into the draft.

Hunter Luepke, North Dakota State, FB, 6-1, 236 (No. 44) – The junior’s two downfield TD catches in the semifinal-round win over James Madison underscore his ability out of the backfield. The hard runner, who’s at least a PFA in the 2023 draft class and could see his stock rise, is averaging nearly six yards per carry in his career.