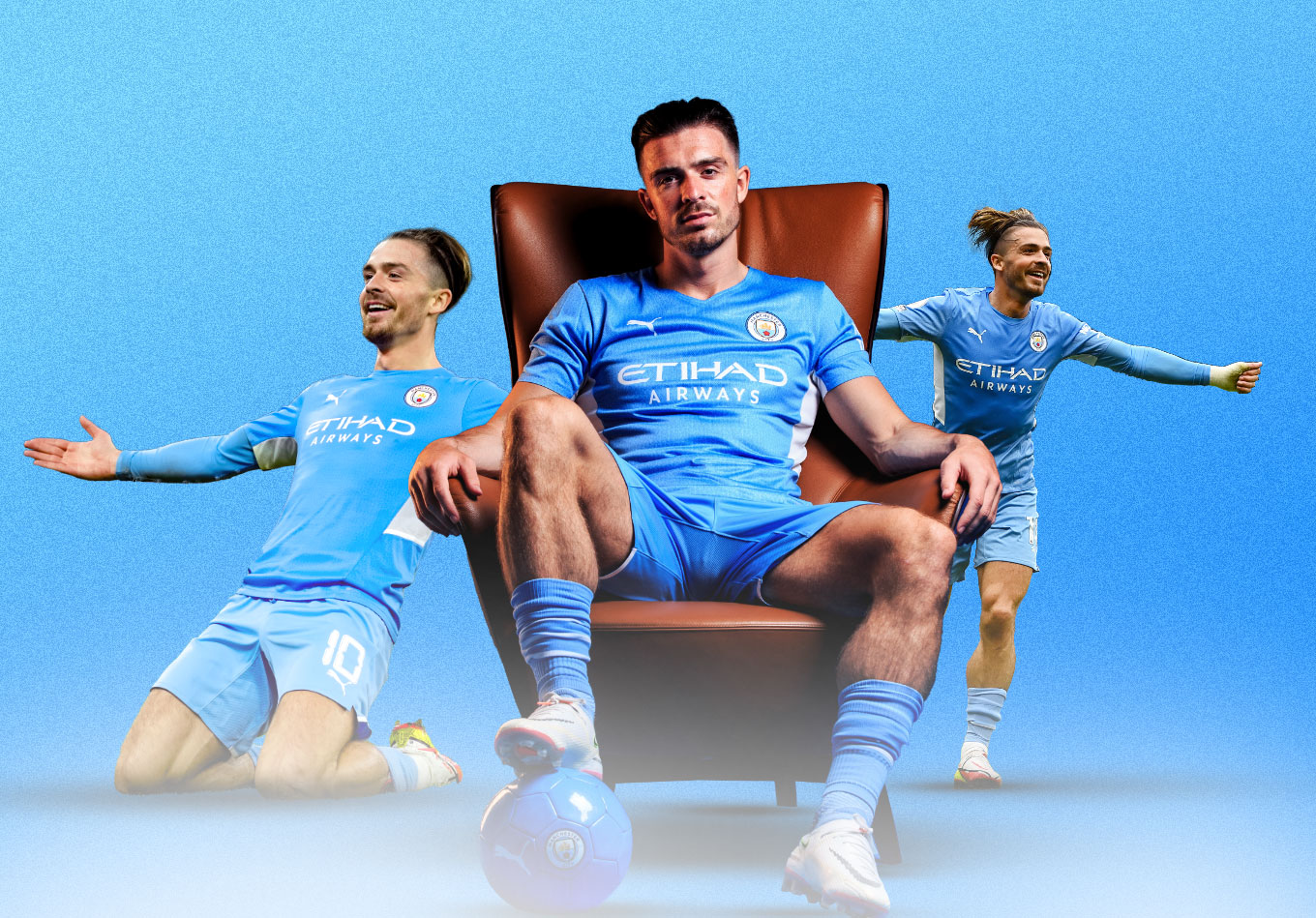 No matter how much new evidence we acquire over the years we always seem to make the same mistake. A big-money signing ought to immediately be their best selves, ought to burst into life and seize the day from the moment they are plonked into their new and unfamiliar environment. Only overrated players need to adapt. Getting homesick is for the weak.

Throughout Pep Guardiola’s five years at Manchester City, new signings have taken roughly a year to acclimatise, such is the specificity and uniqueness of his coaching methods. In their debut seasons, Riyad Mahrez started just 14 of his 27 Premier League appearances and generally looked a little lost; Bernardo Silva started 15 of his 35 and tended to shuffle about with caution; Rodri was passive and timid, a shadow of his real self; and João Cancelo could barely get a game. Now look at them.

Jack Grealish, the swaggering playmaker that he is, seemingly expected to buck that trend.  “I’ve found it a lot more difficult than I thought I would, adapting to a different manager and teammates,” he told the Daily Telegraph in late November. “At first I thought I’d have more of the ball, get more assists and goals but it doesn’t work like that at all. I’ve had nowhere near as much of the ball as I used to get at [Aston] Villa.”

The data shows that, while Grealish is correct in this observation – averaging 62.3 touches per 90 in the Premier League for Manchester City, down from 65.2 per 90 at Aston Villa last season – the difference is not as marked as he might think.

Grealish evidently thinks he’s having a tough time settling in at City, and his off-pitch antics are certainly not helping.

But on the pitch at least, the underlying data shows that he’s not too far away from recapturing his form…

There is no doubt Grealish’s role has changed a lot. He was given the freedom of Villa Park at his old club, collecting the ball in much deeper areas and driving his team forward single-handedly, while at Manchester City he is expected to stay rigidly in his position. The touch map comparison and position comparisons below show he is playing much higher on the left this season compared to last:

Guardiola demands perfect choreography, fine-tuning the positioning of his players to retain width and depth. He expects the ball to be moving fast, not the players, which is one hell of a shift for someone as free-roaming and ball-carrying as Grealish. This is having a major impact on how he plays, and by starting higher Grealish is expected to score more goals and create more chances.

And this is where we discover things haven’t been quite as difficult as they first appear. Using Premier League stats only, to give a more direct comparison, his expected goals (xG) total for the season is 3.4, which is almost as high as the 4.7 he hit across the entire of 2020-21, and his xG per 90 of 0.3 this term is better than the 0.2 per 90 he clocked in both his last two seasons with Villa. Big misses, that reflect his waning confidence, are the only reason Grealish isn’t scoring more often. This will no doubt change with time.

Grealish is actually receiving the pass in more dangerous areas and doing more with it – it’s just that the perception, from us watching and from the man himself, is that because he no longer runs the show from wherever he chooses he is less involved.

Moving From Counter-Attacks to Possession

That said, it would be disingenuous to suggest Grealish is having a good season. We always expected a lot of his base numbers to go up simply because City are a much better team than Villa, and with time one would expect a considerable jump in the above stats – and in his goal contributions.

What we are seeing from Grealish – hovering out on that left flank, receiving the ball with a defensive shell in front of him, and carefully passing the ball back inside – is the result of moving from a counter-attacking system at Villa to a possession-based one at Man City.

Last season, he was most often given the ball with space in front of him, dribbling with purpose in the transition and therefore attacking defenders at pace. Now, that room has gone: on average Grealish is averaging 12.3m per carry this season, down from 13.0m per carry last season. And there is less space in front of him to progress the ball too, with each of his ball carries progressing upfield almost two metres fewer this year than at Villa in 2020-21.

It is noteworthy that Grealish’s best games this season came against sides who opened up, including the 5-0 win against Arsenal, when Grealish created a season-best six chances, and the 7-0 victory over Leeds United, in which he completed a season-best four dribbles.

Another explanation for the difference is how Villa and Man City use their full backs. When Grealish approached goal in 2020-21 he would always have Matt Targett overlapping, drawing a defender away to make space for Grealish to cut inside. Across last season, Grealish had the strongest passing relationship with Targett – combining 385 times, at a rate of 16 passes between them per 90.

But Guardiola’s use of inverted full backs, with Cancelo excelling predominantly as a central midfielder, means Grealish now faces up defenders on his own.

The theory goes that Grealish will simply adapt to playing in front of so many defenders, in tighter spaces, and without building up a head of steam in the dribble. This will happen, to an extent, and yet Grealish doesn’t really fit the Guardiola mould of a sharp penalty-box forward. It is noteworthy, for example, that while Grealish ranked 13th in the league for take-ons in the opposition box last season, he was still way behind Mahrez and the league-leader Raheem Sterling.

These two are at their best in clinical areas at the back post, shooting at every opportunity and running straight at defenders inside the area. Clearly, Grealish is a more subtle player, at his best when finding space to split the lines with an intelligent pass. He is closer to Kevin de Bruyne than a typical penetrative Guardiola winger.

In the Premier League last year only De Bruyne (3.6 per game) created more chances than Grealish’s 3.3 per game, the Villa captain sitting just ahead of Chelsea’s and Manchester United’s central playmakers Mason Mount and Bruno Fernandes. Grealish was Villa’s number ten and played like it.

And so, the best solution might be to prep Grealish for one of the free eight roles at Man City, something many suspected would happen when Guardiola signed him. From the centre, Grealish would have more licence to roam and could demand the ball in deeper areas, turning sharply to dribble through the lines and disrupting the opposition’s carefully-organised defensive block. After all, he has the silky transitional-space dribbling of Bernardo Silva and a creative intelligence that arguably matches De Bruyne’s.

It is certainly plausible that Guardiola is already planning to move Grealish into the middle, and is only using his record signing in a familiar left-wing position until Grealish learns the ins and outs of the most complex role in the system.

In Bernardo’s Silva debut season of 2017-18, he was deployed on the wing in 83% of his matches in all competitions. Now, he is one of the world’s best number eights. The same path lies ahead for Grealish.