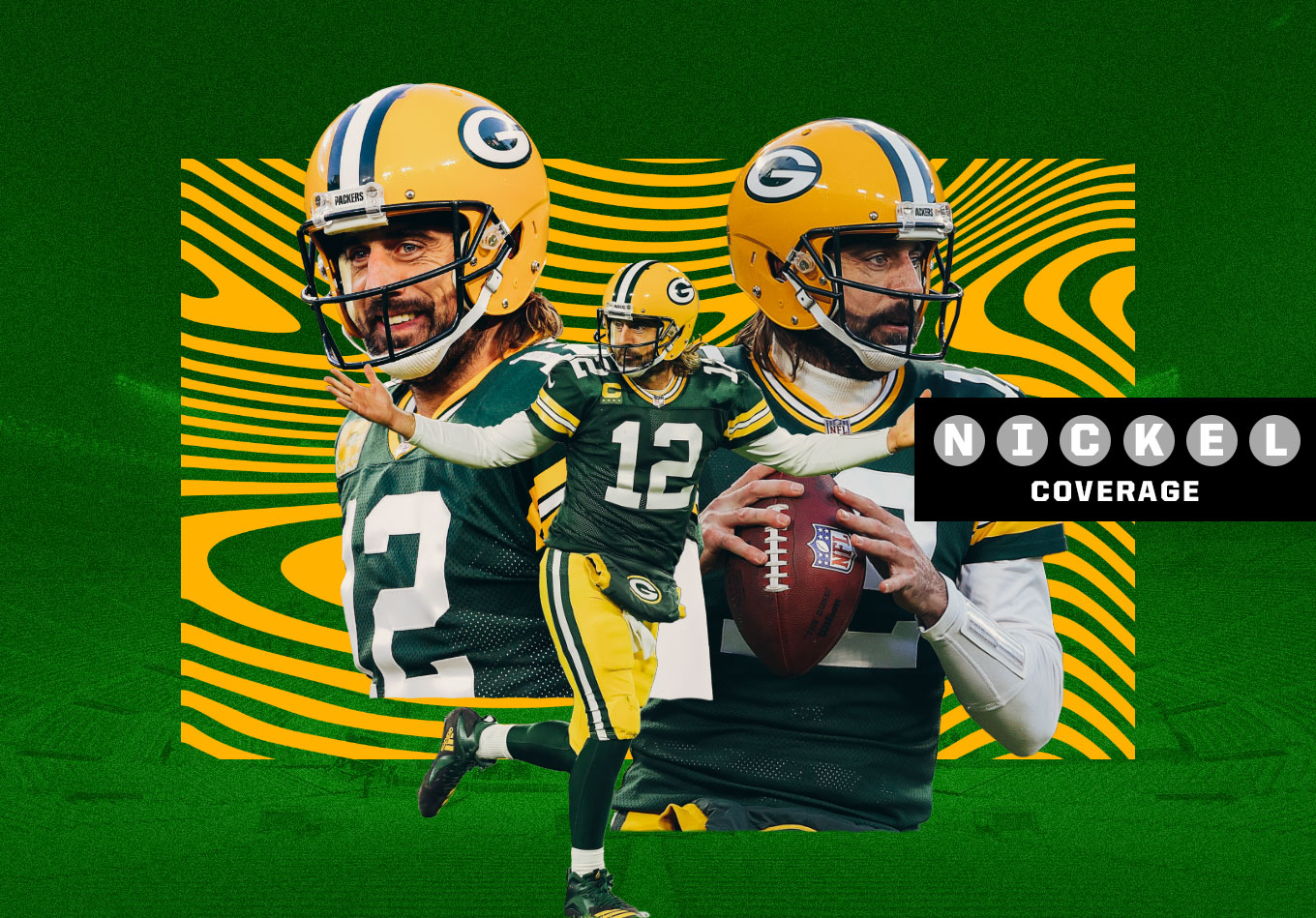 NFL seasons can change in an instant and be decided by events that are seemingly insignificant at the time.

In the case of the Green Bay Packers, their Super Bowl hopes appear to hinge on the left pinky toe of reigning MVP quarterback Aaron Rodgers.

Rodgers has played through the pain of the fractured toe, yet that most diminutive of appendages may have the biggest impact on how a 2021 season that is proving impossible to predict plays out.

The injury is expected to linger for the rest of the season and Rodgers indicated after the Packers’ Week 14 win over the Chicago Bears that it is deteriorating.

“It feels worse,” Rodgers told reporters. “I don’t know what kind of setback that I had tonight, but we’ll look at it tomorrow. Definitely took a step back tonight.”

If Rodgers’ performance came amid a step back then that should be an extremely worrying sign for his rivals in the NFC, as he and the Packers again shredded the Bears. He finished 29 of 37 for 341 yards, four touchdowns, and zero interceptions in Green Bay’s 45-30 triumph at Lambeau Field.

The 2021 campaign has been one of Rodgers’ more scattershot seasons. He delivered an accurate, well-thrown ball on 82.4% of his throws last year – the third-best rate among quarterbacks with at least 100 pass attempts.

This season, his well-thrown percentage is 78.0, slightly below the average of 78.2. Additionally, after throwing a pickable pass on just 2.23% of attempts in 2020, his pickable pass rate has increased to 3.36.

Sunday’s NFC North encounter, however, was a showcase of just how devastating Rodgers can be when his accuracy is on point. Throwing with touch, precision and confidence that comes with playing a team against whom he now holds a 22-5 record in the regular season, Rodgers delivered a well-thrown ball on 88.6% of attempts – fourth among quarterbacks with at least 10 attempts in Week 14.

Yes, Rodgers was aided by playing a Bears defense missing pieces in the secondary and allowing 6.56 yards per pass play – 10th most in the NFL, but this performance was not a high point in an inconsistent season against an inferior opponent.

It was a continuation of a surge from a quarterback who still has a case for being the league’s most talented, even in an era housing both Patrick Mahomes and Justin Herbert.

Since returning from his controversial coronavirus-enforced absence in Week 10, Rodgers has thrown for 1,325 yards, 10 touchdowns and an interception. He leads the NFL in yards per attempt (8.72) in that time and is also first in passer rating (114.1) and passing plays of 25 yards or more (15).

The season and indeed the MVP race has frankly been too volatile to suggest Rodgers is playing at a level to put him in contention to win the award for a second successive year. But his standard of performance continues to elevate the Packers to a level where they can overcome even the most disastrous of failures from other areas of the team.

That’s critical. Because it might not only be the toe, but the Packers’ special teams that threaten to undermine Rodgers’ efforts.

Green Bay allowed 213 return yards in the first half against Chicago, with Bears wide receiver Jakeem Grant Sr. taking a punt back 97 yards for a touchdown. Mason Crosby sent a kick-off out of bounds while receiver Malik Taylor muffed a return out of bounds at the five-yard line.

Chicago started four first-half drives at the 40-yard line or beyond and, while the Packers somewhat reduced the errors in the second half, the final two quarters still saw a poor 22-yard punt from Corey Bojorquez and Marquez Valdes-Scantling make a mess of an onside kick recovery.

The Bears held a 10-point lead as a result of those miscues during the second quarter. Sterner opposition may have done a better job of pressing home that advantage, yet Rodgers ensured it did not grow into a decisive one as the Packers improved to 10-3.

Such egregious mistakes would likely be fatal in the postseason even with Rodgers playing at his peak, but his ability to help the Packers overcome deficiencies elsewhere on the team has Green Bay in an excellent position to contend for the NFC’s top seed and seal the easiest possible route to the Super Bowl.

Rodgers resides in that select group of quarterbacks against whom almost no lead is safe, with a mystique that was only furthered in Week 14. However, with the unexpectedly large specter of a worsening toe injury hanging over the Packers’ season, their position as a Super Bowl contender can be considered under threat even as Rodgers continues to solidify it.