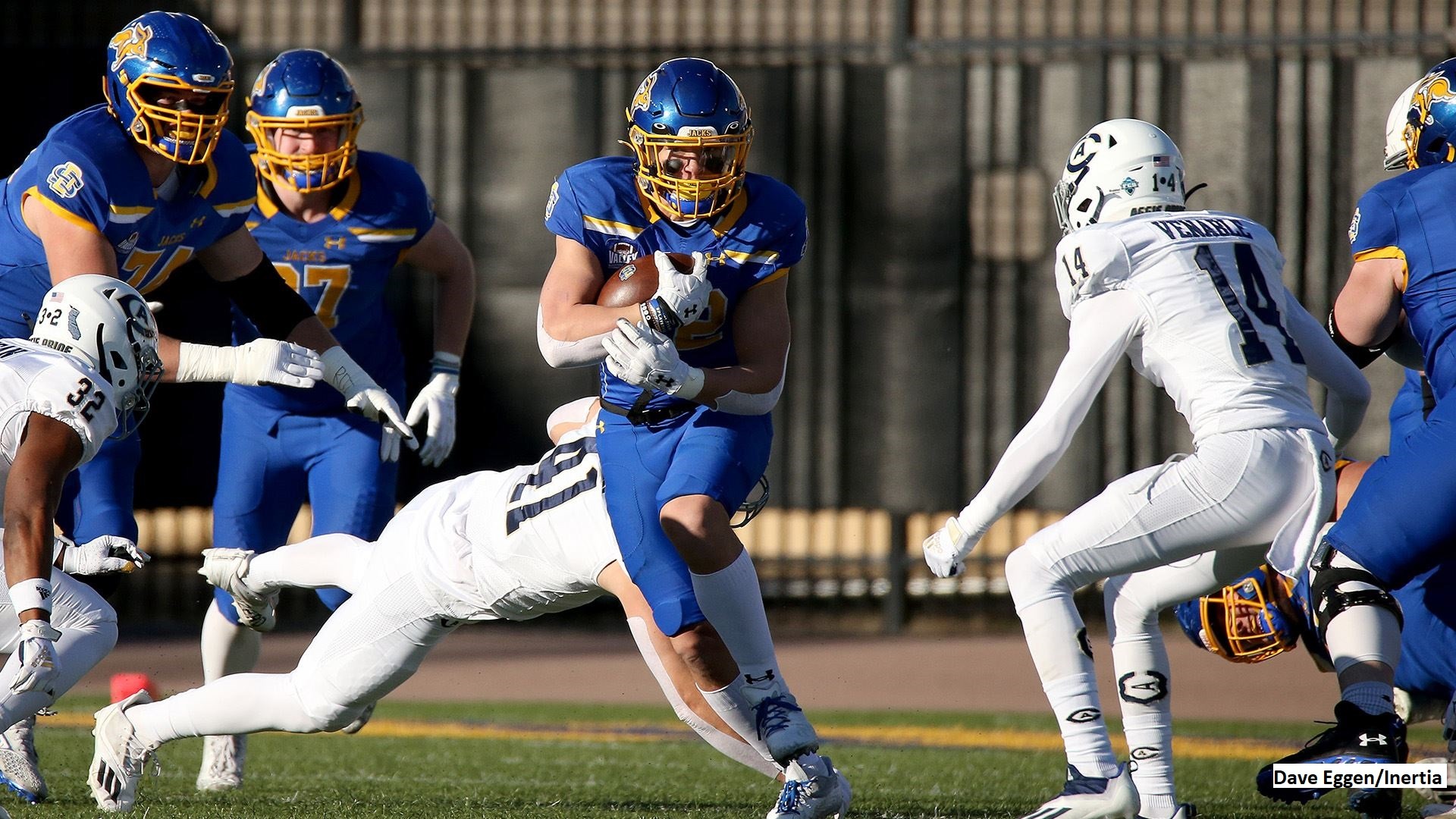 SDSU, the only unseeded team alive in the playoffs, will play at Villanova, the 2009 champion, in one of the quarterfinals on Saturday.

5 Key Factors – 1. SDSU not only boasts the FCS leader in rushing yards with Strong, but also Davis, whose body appears fresher since his return from an injury that limited him to 27 carries in the regular season. He’s rushed for 325 yards and three touchdowns in the Jackrabbits’ two playoff wins. 2. Villanova’s 3-3-5 aligned defense ranks first in the FCS in passing efficiency defense and seeks to combat an SDSU receivers group with excellent size, including 6-foot-3 wide receivers Jadon and Jaxon Janke, 6-7 tight end Zach Heins and 6-5 tight end Tucker Kraft. 3. The visiting Jackrabbits’ plus-16 turnover margin ranks second in the FCS. They’ve committed only four turnovers in 10 wins, but six in three losses. 4. That ‘Nova establishes the run is a difference maker. In Ferrante’s five seasons, the Wildcats have lost 14 of the 15 games with the lowest rushing totals. They’re 30-6 in all other games, each with 124 or more rushing yards. 5. Travel fatigue could be in the mix with SDSU coming off a 3,400-mile round trip to Sacramento State followed by the nearly 1,400-mile trek to Villanova.