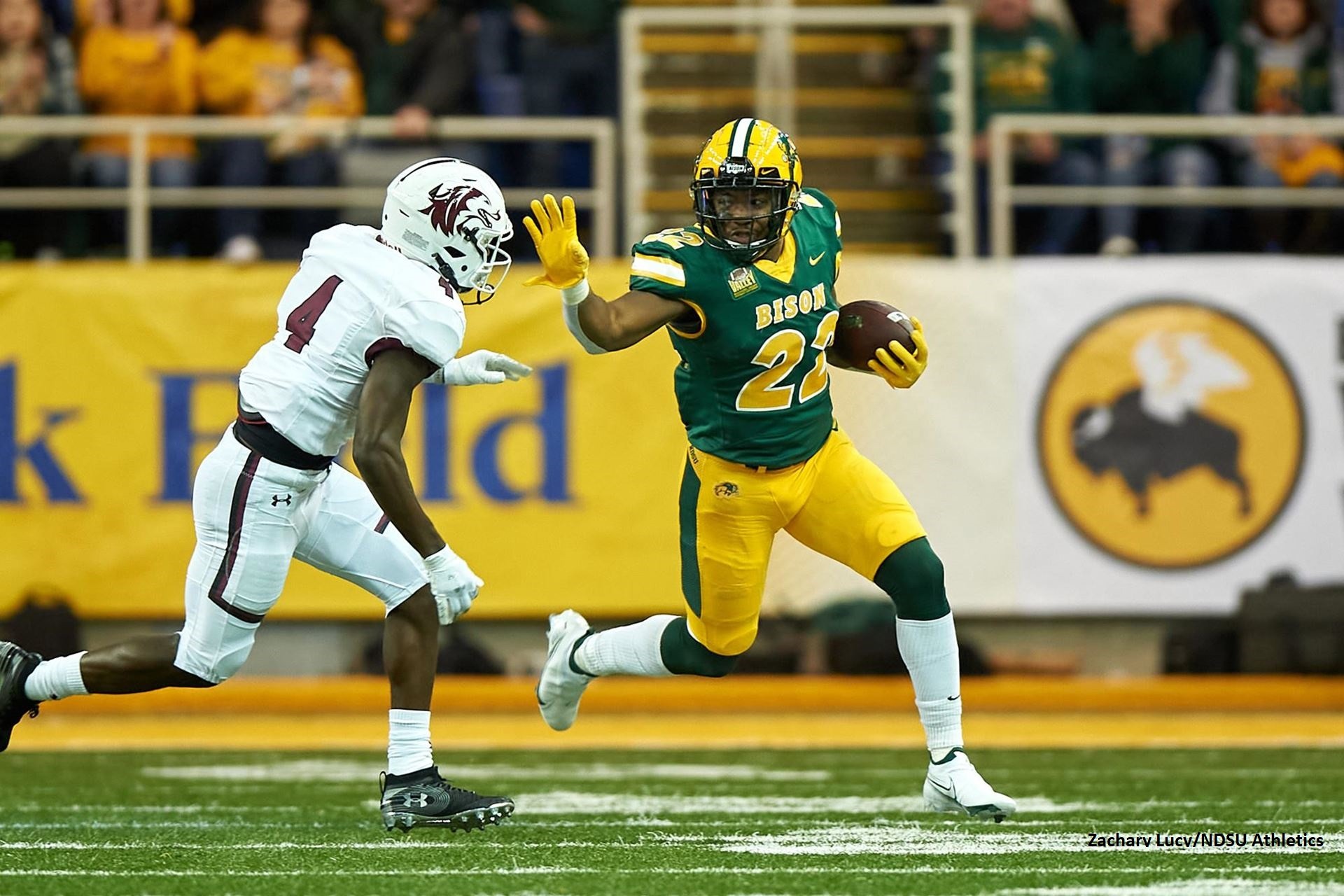 North Dakota State, the all-time leader with eight FCS titles, is hosting a quarterfinal on Saturday against ETSU, which seeks its first semifinal.

5 Key Factors – 1. ETSU is making its third all-time FCS playoff appearance and has an 0-2 record in previous road games. NDSU has reached the national quarterfinals in 12 straight seasons with eight championships and is 29-1 all-time in FCS home playoff games. 2. ETSU’s 3-4 defensive front has to handle the surge of NDSU’s offensive line, which in a second-round win over Southern Illinois powered the Bison to almost 38 minutes of possession and 389 rushing yards. Williams has averaged 103 rushing yards and two TDs during the Bison’s three-game winning streak. 3. No set of FCS players combine for as many all-purpose yards as ETSU’s Holmes (151.4 per game, fourth in FCS) and Saylors (147.8, sixth). 4. With Hankey the team’s tackle leader for a third straight season, the Bison defense is allowing just 83.1 rushing yards per game – second-best in the program’s Division I era (since 2004). 5. NDSU quickly smothers teams with a plus-85 scoring differential in the first quarter (best in the FCS) and a 154-point advantage in the first half. The visiting Bucs have been resilient, posting an FCS-high five wins in games when they’ve trailed in the fourth quarter. It includes a 32-31 second-round comeback against Kennesaw State with 15 points in the final minute and a half.