Back in QB Hell? What the Browns Should Be Learning About Baker Mayfield in 2021 | The Analyst 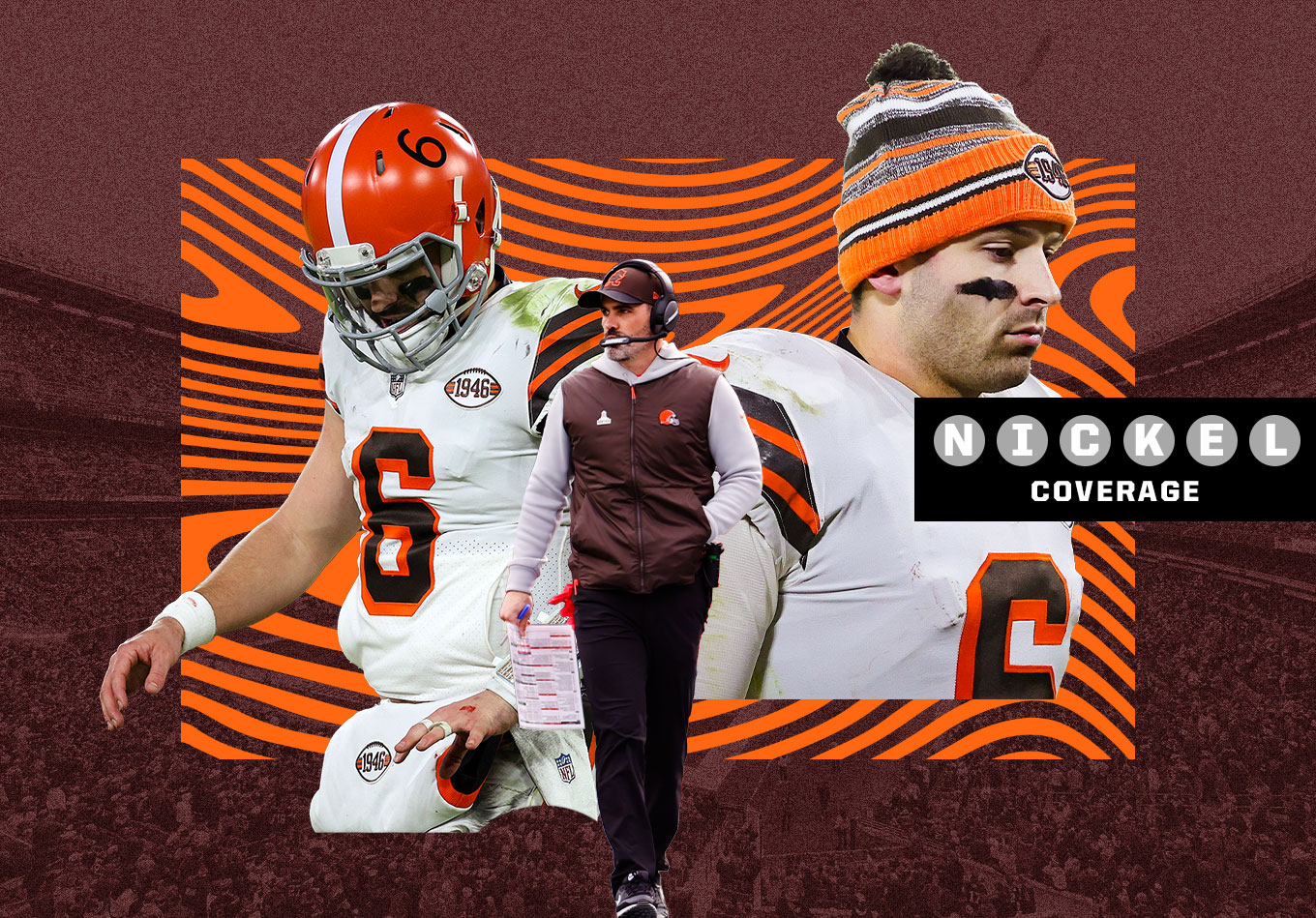 Back in QB Hell? What the Browns Should Be Learning About Baker Mayfield in 2021

The Cleveland Browns certainly aren’t alone in having struggles finding a long-term answer at quarterback, and their decades-long issues at the position have arguably been the most persistent and the most publicised.

An answer looked to have been found in the form of 2018 first overall pick Baker Mayfield. Indeed, it was hard not to feel optimistic about the Browns coming off a 2020 season in which they captured their first playoff win since the 1994 campaign and pushed the Kansas City Chiefs to the brink in the divisional round.

But that optimism has gradually dissipated over the course of an underwhelming campaign defined partially by Mayfield’s struggles for injury and form, one now likely to end with the Browns in a depressingly familiar position: outside the playoff picture looking in.

And, as much as it was easy to have hope for the Browns even after their narrow loss to the Chiefs, it is difficult to escape the feeling they are back in quarterback hell following Mayfield’s Christmas Day horror show in a defeat to the Green Bay Packers.

There is no doubt the Browns, despite the injury and COVID-19 issues impacting the team, played well enough to beat the Packers.

They outgained Green Bay 408 yards to 311, averaged nearly a yard per play more than their opponent, were more efficient on third down and had the edge in time of possession.

Mayfield was the mitigating factor, tossing four interceptions, including Rasul Douglas’ second of the game on the final Browns drive that sealed a 24-22 win for the Packers. No quarterback to attempt at least 10 throws in Week 16 had a worse well-thrown percentage than Mayfield, who delivered an accurate, well-thrown ball on just 55.6% of his passes.

And, according to our data, Mayfield should have produced two more turnovers. He tallied six pickable passes at Lambeau Field, the most of any quarterback in Week 16.

Not all of his interceptions were his fault. Douglas made an excellent break on a throw down the left sideline to beat Jarvis Landry to the ball for his first interception and got away with some extremely physical coverage on the game-clinching pick, though Mayfield’s pass was probably too far in front of Donovan Peoples-Jones anyway.

Prior to those turnovers, Mayfield had been intercepted on a pair of high throws. Evidently having problems with mechanics, driving the ball with his chest was a clear issue for Mayfield, with that problem undoubtedly a symptom of playing through a torn labrum.

Yet accuracy issues and turnover-worthy throws are not a new concern for Mayfield.

Last year, Mayfield had a well-thrown percentage of 76.4, below the average of 78.0 for quarterbacks with at least 100 attempts. Back in 2019, his second season in the league, only Jameis Winston and Philip Rivers delivered more pickable passes than Mayfield’s 36.

That number dropped to 14 in 2020 as Mayfield made strides in the first season under head coach Kevin Stefanski, but has jumped back up to 16 with two games left in this campaign. His well-thrown percentage of 76.1 is again inferior to the league average of 78.2 (min. 100 attempts).

Given his injury problems, this season cannot necessarily be ascribed to regression, but as they face a decision over whether to extend Mayfield as he enters the final year of his contract in 2022, the Browns must make an honest assessment about who Mayfield is, and their Christmas to forget essentially spelled it out for them.

Mayfield has proven he can be a playoff-caliber quarterback, and the Browns built a roster around him to try to ensure he can consistently guide them to the postseason. However, his capitulation in Green Bay served as a demonstration that he is not a quarterback who can overcome adversity, either in the form of his own injury struggles or a depleted supporting cast, and elevate his team to victory when the cards are stacked against them.

Set against Packers star Aaron Rodgers performing at an MVP level while battling a seemingly severe toe injury and operating a similar offensive system, the Browns’ hierarchy would be forgiven for a feeling of envy.

And, having intelligently constructed one of the better rosters in the league when healthy, that is not an emotion the Browns should be experiencing.

Knowing they have Mayfield under contract for at least another year, the Browns don’t need to rush into a decision. At 7-8 and facing an uphill battle to make the playoffs, an urge to cut ties would be understandable, but doing so would be premature without a viable alternative.

It’s not time for panic in Cleveland, but it’s also not the time for a show of confidence in a quarterback too inconsistent to have earned such support.