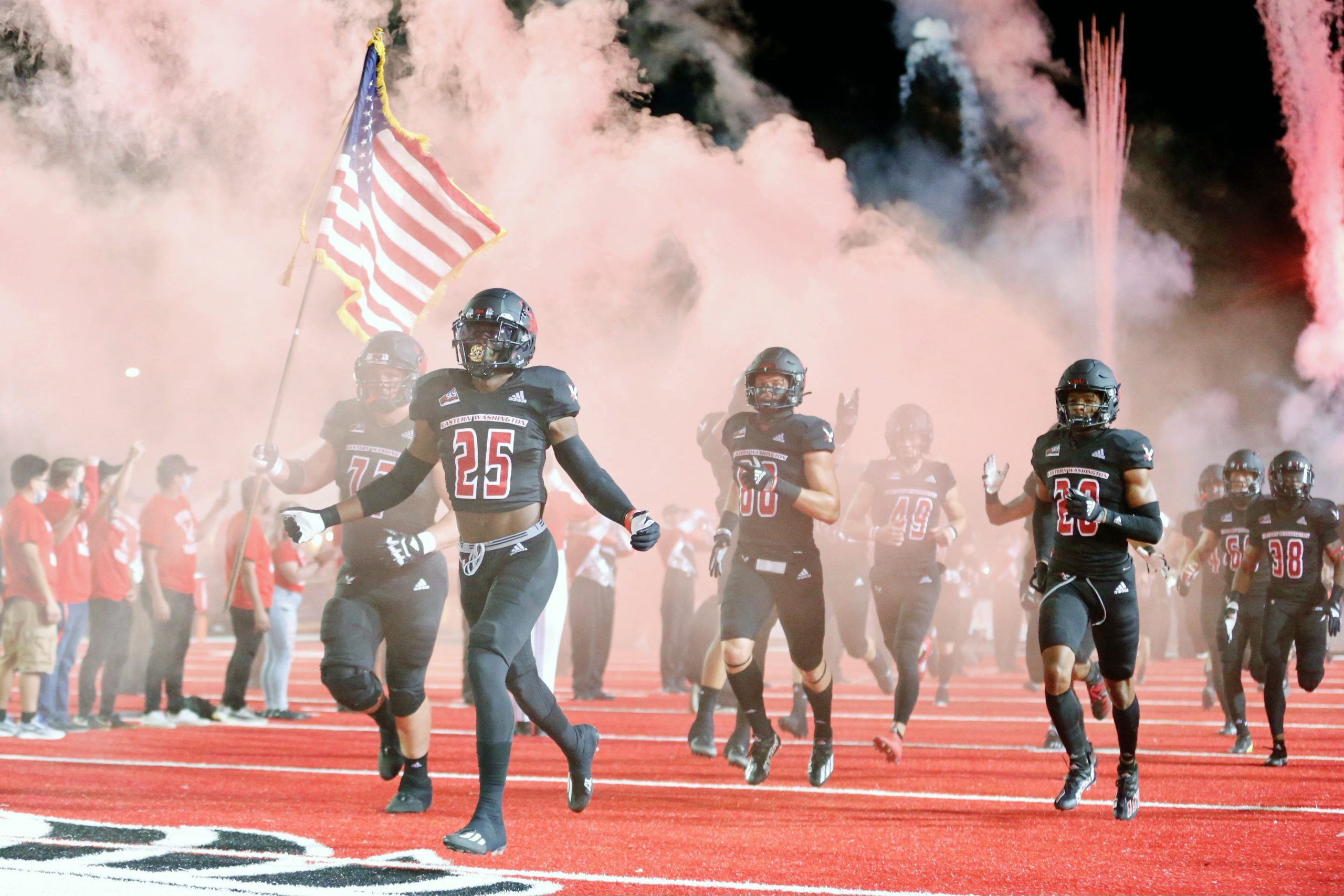 The story lines were countless in a big year for college football’s Division I subdivision, but here are 10 of the biggest to look back on from 2021.

If you can’t get enough of FCS college football, then this – literally – was the year for you.

Incredibly, there were games played in 31 different weekends spread over two seasons in 2021.

While the story lines were countless, following are 10 of the biggest.

Have a Happy New Year.

Two Seasons in One Year

The pandemic delayed most of the 2020 season to last spring, meaning many schools doubled up on schedules in the same calendar year. South Dakota State, the national runner-up in the spring season and a semifinalist in the fall, played a college football-record 25 games over a 10-month span – one of nine schools to play at least 20 games in 2021. COVID-related issues caused many postponements and cancelations in the spring season, but only a few occurred in the fall.

K.C. Keeler became the first coach to lead two different FCS programs to the national championship, guiding Sam Houston in the spring to combine with his 2003 title at Delaware. Included was a mind-blowing, 15-day sweep of national powers North Dakota State, James Madison and South Dakota State. Keeler added another playoff win in the fall to push his FCS-record total to 25 before his Bearkats being to make a transition to the FBS next year (Jacksonville State and James Madison also will move up).

The national attention and star power that Jackson State coach Deion Sanders brought to the school, the Southwestern Athletic Conference, HBCUs and the FCS was unparalleled, and he opened the door for FBS transfers and higher-level recruits to walk in. He helped the Tigers to their first national ranking since 2011 during his spring debut, then won the Stats Perform Eddie Robinson Award as the FCS coach of the year in the fall, delivering a school-record 11 wins and their first conference title since 2007. They attracted an average of 42,293 to six home games to set an FCS single-season record.

FBS Wins by the Dozen

With wins over FBS opponents slipping in recent seasons, FCS teams racked up 12 this fall – a number topped only once (16 in 2013) in the last 20 years. Among the biggest: Montana over Washington (13-7), ETSU over Vanderbilt (23-3) and Jacksonville State over Florida State (20-17). The Big Sky opened the season as the first conference since 2009 to post three FBS wins in the same week.

The Western Athletic Conference and ASUN announced FCS leagues in January and then quickly combined on a one-year scheduling alliance for the fall so they’d have enough eligible schools to secure an automatic playoff bid for its champion. Sam Houston went 6-0 to capture the AQ7 title and Stephen F. Austin joined the Bearkats in the playoffs on an at-large bid. The two conferences will compete separately next year.

Former North Dakota State quarterback Trey Lance matched Alcorn State’s Steve McNair (1995) as the second-highest NFL Draft selection from the FCS when the San Francisco 49ers picked him at No. 3 in the first round. Only NDSU quarterback Carson Wentz (No. 2 in 2016) has been selected higher.

Three programs made FCS debuts, bringing the number in the subdivision to an all-time high 128. Tarleton made a splash in February by defeating FBS member New Mexico State in just its second game as a Division I program and was joined by Dixie State as new WAC members. St. Thomas joined the Pioneer Football League and went 7-3 this fall while making the first Division III-to-I jump since 1993.

In the spring season, Southeastern Louisiana’s Cole Kelley edged Eastern Washington’s Eric Barriere for the Walter Payton Award. They were even better in the fall, giving the FCS two quarterbacks over 5,000 passing yards in the same season for the first time. Kelley’s 5,124 yards ranked second all-time and Barriere’s 5,070 were fourth, and the latter did it on the strength of four games with at least 500 passing yards. UIW’s Cameron Ward had the most touchdown passes in both the spring season (24, when he received the Jerry Rice Award the FCS freshman of the year) and the fall season (47, ranking seventh all-time).

Transfer Portal Slows, Then Spins Out of Control

After FCS players sought out the NCAA transfer portal in 2020 with much of the fall season called off, the defections slowed in the subdivision after the spring season and veteran teams reloaded for the fall campaign, often led by players who took advantage of the NCAA allowing an extra year of eligibility. Since teams ended their fall seasons, several hundred FCS players have reportedly submitted their name to the transfer portal.

In the fall season, North Dakota State (13-1) and Montana State (12-2) have advanced to the FCS championship game on Jan. 8 in Frisco, Texas. The Bison, whose FCS-record 39-game winning streak was ended by Southern Illinois in March, will seek to add to their record eight FCS titles following a semifinal-round win over James Madison, the only program ever to beat them inside the Fargodome in the FCS playoffs. MSU, the 1984 national champ, has gotten there under first-year coach Brent Vigen, having eliminated both spring finalists, Sam Houston and South Dakota State, along the way.