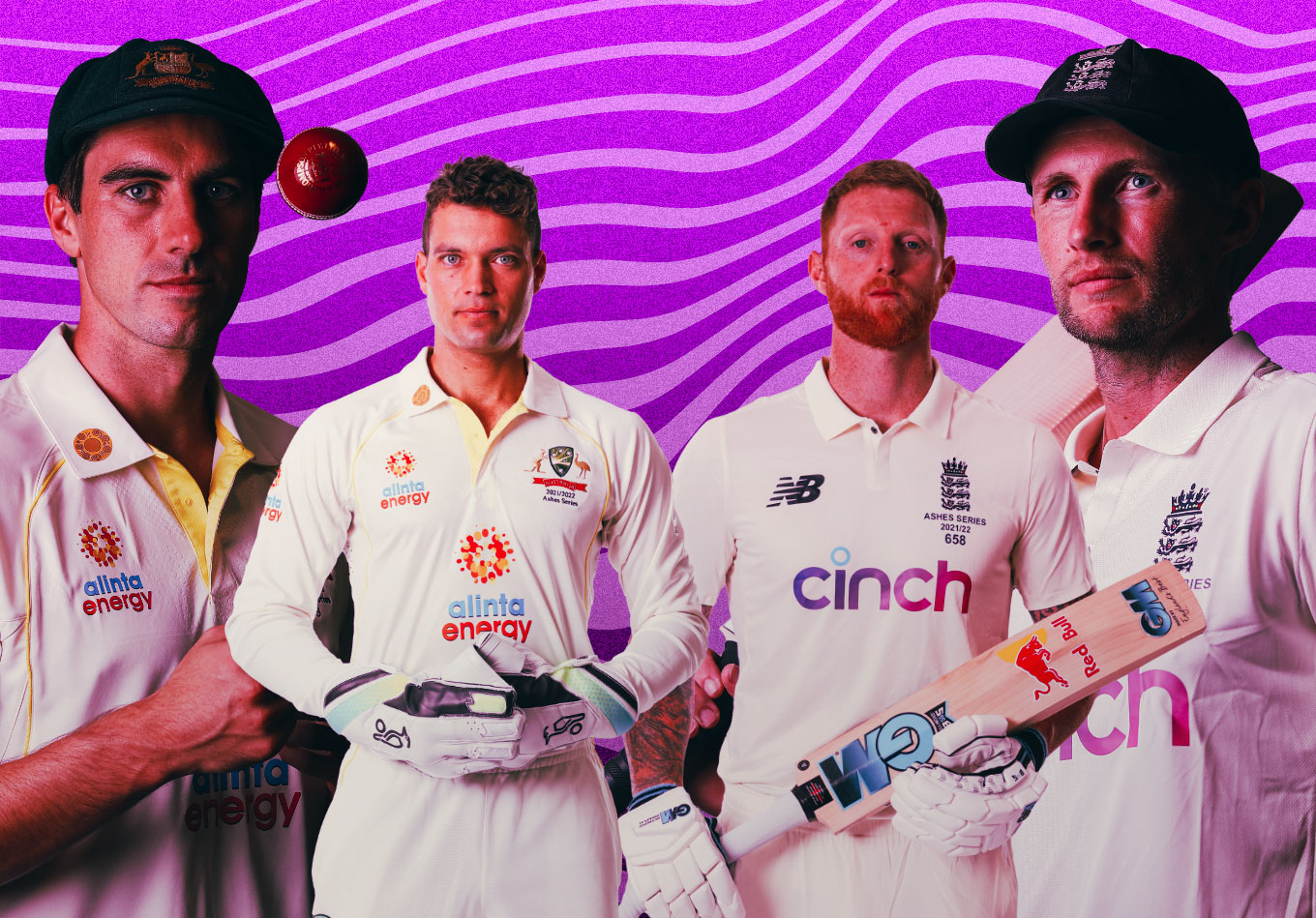 We are less than a week away from the first ball being bowled of the 2021-22 men’s Ashes series. This edition is set to be one of the most fascinating battles in the Australia–England rivalry.

Pat Cummins is set to become the first genuine fast bowler to captain Australia in men’s Test cricket since Ray Lindwall in 1956. Is Alex Carey the right pick as Australian wicketkeeper over Josh Inglis? Who will come out on top in the battle of the all-rounders between Cameron Green and Ben Stokes? Join us as we break down the key data storylines to watch out for in the 2021-22 Ashes series.

Alex Carey (South Australia) and Josh Inglis (Western Australia) were the two wicketkeepers selected for the three-day match played amongst the Australian squad (December 1-3, in Brisbane) ahead of the campaign. Of them, it’s Carey who’s got the nod. Was it the right call?

Since the beginning of the 2016-17 Sheffield Shield (in which Inglis made his debut), it is the more experienced Carey who leads the way between the pair in terms of runs scored (2,037) and batting average (39.2) in Australia’s domestic first-class competition. It is this experience that has presumably been the biggest factor in his selection, given the South Australian has already had a taste of the international stage (45 ODIs, 38 T20Is) whereas Inglis would be making his debut in international cricket if selected.

Inglis does have the upper hand in terms of percentage of total runs scored from boundaries (59%, Carey – 51%) and runs per scoring shot (2.3, Carey – 2.0) in the Sheffield Shield across the same timeframe, suggesting he’d be the more aggressive option at the crease.

Behind the stumps, Inglis (133) has made more catches than Carey (129) in the competition in that time, although Carey has the superior catch success rate (98%) compared to 95% for Inglis. Time will tell if the selectors have been the sensible choice in going with the experienced Carey.

Pat Cummins is set to become the 26th player to bowl for Australia in men’s Test cricket while acting as captain, and the 11th as a pace bowler. Amongst the pace bowlers, George Giffen has taken the most wickets (26) and has the best bowling average at 22.3 (min. 2 wickets) as captain of Australia in men’s Tests, in addition to being the only player to have logged a 5+ wicket innings (three times).

Greg Chappell (1.9) has the best economy rate in this category.

Given the rarity of frontline bowlers captaining in Test cricket, it will be very intriguing to see how Pat Cummins performs in the role as he continues to add to his already impressive resume.

Cummins has proven to have a great ability to bowl dot balls and build pressure. Amongst pace bowlers, only his England opponents in this campaign – Stuart Broad (5,147) and James Anderson (5,139) – have bowled more dots in men’s Tests since the beginning of 2018 than Cummins (4,538). Will the concentration level needed to do this be hampered by his new responsibility?

Cameron Green (Australia) and Ben Stokes (England) are the only genuine all-rounders in their respective squads for the campaign and each is set to play a vital role, both as a key performer in the batting lineup and as a complementary asset to their side’s frontline bowling attacks.

Green has certainly left his mark on the Sheffield Shield, scoring more runs (1,985) than any other player in the competition since the beginning of the 2019-20 season. Only Will Pucovski (97) and Marnus Labuschagne (65.1) have a better batting average in the competition than Green in that time (62). In fact, Green’s 256 boundaries (233 fours, 23 sixes) over that period are 18 more than the next best (Shaun Marsh – 238).

Crowds will pack the stands across Australia in anticipation of another Stokes herculean performance. He certainly has entertained us all in recent times, hitting more sixes (33) than any other player in men’s Tests since the beginning of 2019. That’s nearly four times as many as any Australian player in that time (Steven Smith and Mitchell Starc have both hit seven).

England captain Joe Root comes into this Ashes campaign in impressive form, having scored three centuries in his last six Test innings. His 2,770 runs in Test cricket since the beginning of 2019 is a staggering 966 more than the next best in the men’s format (Marnus Labuschagne – 1,804).

What has been interesting is Root’s ability to score while not ceding any momentum to the bowlers. Since the beginning of 2019 in men’s Tests, only four players (min. 20 innings) have a better batting dot ball percentage than Root’s 69% (Quinton de Kock – 65%, Niroshan Dickwella – 67%, David Warner – 67% and Rishabh Pant – 68%).

England have won 19% of their men’s Tests at the Brisbane Cricket Ground (4/21), the scene of the first match of this upcoming series. Only at the WACA Ground in Perth (7%) do they have a lower win rate at any venue in Test matches where they have played at least 10 games. They will need to overcome this hurdle if they are to go 1-0 up and set this Ashes series alight.