DRIPping With Confidence: Which Players Are Soaring Past Early Projections? | The Analyst 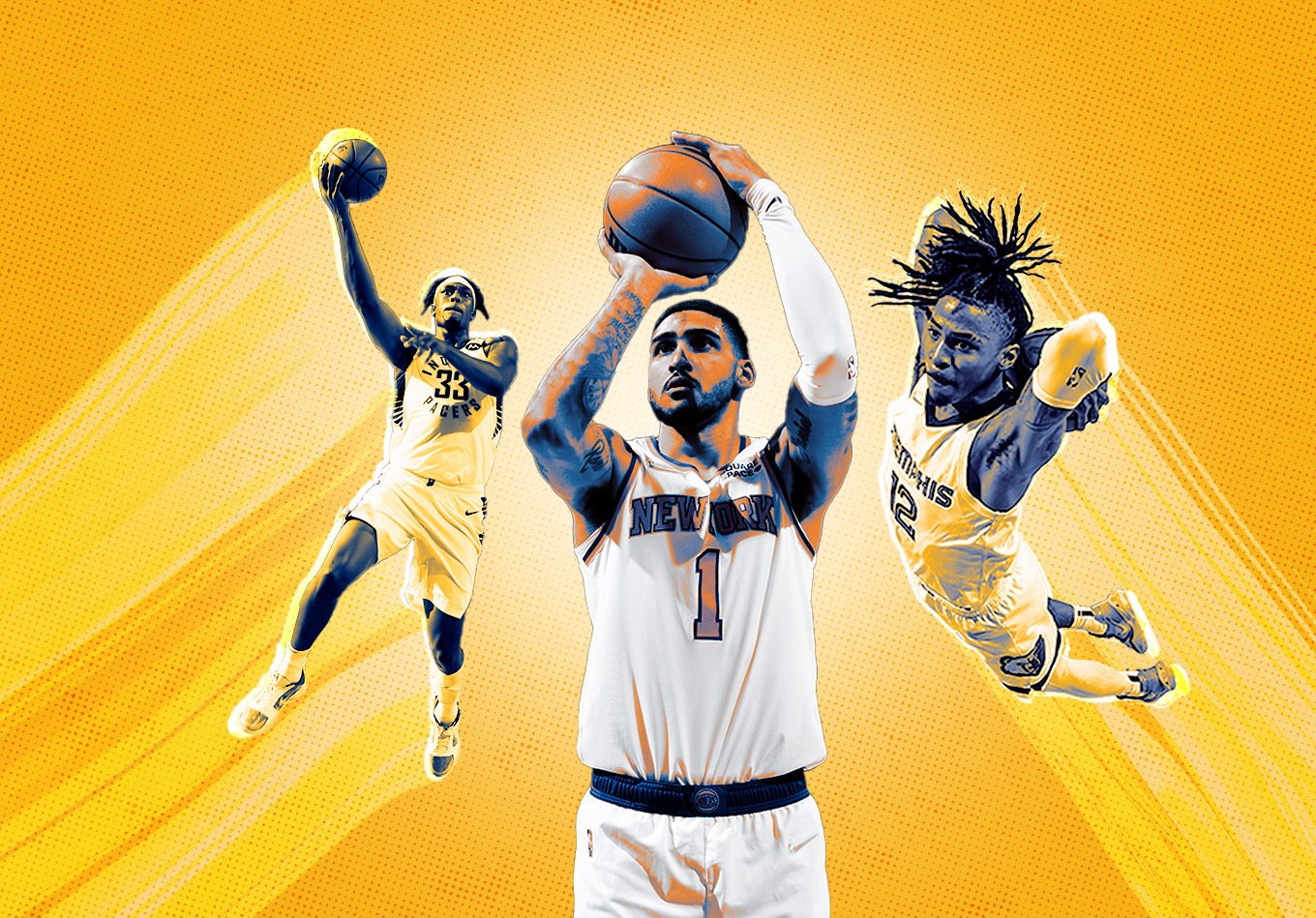 The NBA season is a marathon, not a sprint.

That adage is at least as old as the 82-game season, and it’s mostly true. It would not behoove anyone to make a lot of grand declarations before the midpoint of November.

But one way to filter all the noise to start the season is to look at changes in projections. DRIP, the all-in-one projection metric, can determine which early-season NBA trends are most likely to stick.

Projections such as DRIP will only change this early in the season if players are playing differently in a way that seems sustainable. So, by using changes in DRIP, let’s look at some of the players whose rest-of-season outlook has improved based on early play.

It’s nice when everything (eye test, basic stats, advanced stats) lines up and says a player has taken the next step in a certain area, and that’s the case with Morant and his scoring this season.

He’s gone from 51st in the league in scoring last year to fifth this year, with an uptick of 7.4 points per game so far. As you might expect from someone with several more points, his usage has surged as well. Morant has went from outside the top 30 in usage last year to eighth so far this season among players with 100 or more minutes played.

DRIP sees Morant continuing his shot-taking and making ways, especially in the 2-point area. Heading into play on Friday, he had the highest bump among on rookies and was second overall to Evan Mobley in projected 2-point attempts and 2-point makes in the league since the start of the season.

The ability to hit 3s at a passable clip is a critical component for Morant, who saw opponents go under the pick while defending him a lot of last season. And he’ll likely still see that some as teams would rather turn him into a volume 3-point shooter than a playmaker who gets into the lane.

But, if his jumper must be respected, he’s one of the most difficult point guards to defend in the league. Teams that try to show with the big on him are at the mercy of him using his speed to get around the defense before they can recover, or his nasty crossover drip finding a way to split the defense.

And when he gets a full head of steam going to the basket? Well…good luck.

In short, DRIP points to the usage and 2-point proficiency of Morant continuing, and it’s hard to argue that the eye test says differently. And if Morant continues his to improve his game at such a rapid pace, his ascension to superstar status will arrive even sooner than expected.

When you think of Turner’s season, defense or kind of fighting with Rudy Gobert probably come to mind first. Scoring improvement likely isn’t that high on the list. After all, he’s only scoring 1.7 more points per game than he did last season.

But according to DRIP, Turner has a projected boost of 3.86 points per 100 possessions relative to his projections at the start of the season.

Why? Well, for starters, DRIP is projecting on a per 100 possessions basis, not a per game basis, and Turner’s per 100 numbers look drastically improved since he is playing 2.6 fewer minutes per game so far. He’s averaging 24.7 points per 100 possessions, up from 19.2 last year.

But the big thing in Turner’s game that suggests his improved scoring is here to stay is his shot profile. He’s gotten to the line more frequently, averaging 6.0 free throw attempts per 100 possessions, up from 4.6. And his free throw percentage is much worse than last season (69.0% vs. 78.2%), so he’s leaving some points at the line. If that normalizes as expected, he’ll get a boost just by making more from the charity stripe.

He’s also upped his 3-point rate, shooting 8.5 3s per 100 possessions compared to 6.7 while his 2-point rate is very similar to last year. And while he might not shoot 44.4% from deep all year, he’ll likely hit 3s at a better rate than last season, when his 33.5% 3-point percentage was the lowest since his rookie year.

The Indiana Pacers still have a decision to make on how long they can keep the Turner-Domantas Sabonis pairing together, but there have been some encouraging signs on that front. The team struggled last year with both players on the floor, with opponents outscoring them by 2.7 points per 100 possessions. The Pacers, despite some early struggles, are outscoring opponents by 5.4 points per 100 possessions this year with both players on the floor.

On/off stats certainly aren’t everything, but they’ve certainly indicated that Turner has had a positive influence on the Pacers over the last few years. And if DRIP is correct and he can become a more prolific scorer and pair that with his outstanding defense, he could be either an intriguing trade candidate or an intriguing building block for the Pacers, depending on how the team wants to move forward.

Obi Toppin: Getting to the Line

Toppin entered the year as a bit of a wildcard for the New York Knicks. He didn’t play a huge role for the team last year in his rookie season, and almost never played with Julius Randle.

Although his minutes are only up 3.8 per game so far this year, it’s fair to say the Knicks must be encouraged by his progress. He’s a bigger part of the offense, as his points and assists per 100 possessions are both on the rise. He’s shooting an absurd 78.6% on 2-pointers this year and has been especially impressive within five feet.

Perhaps the best indicator for his improvement is his free-throw rate, which is up dramatically. Toppin took 1.9 free throws per 100 possessions last season. So far this year, he was up to an impressive 8.1 heading into Friday, as he’s using his athleticism and craftiness to draw contact.

Toppin has the second-highest jump in free-throw rate projection since the beginning of the year behind Harrison Barnes, per DRIP. He looks more comfortable and assertive on offense than he did in his rookie year, and Tom Thibodeau seems more confident in him as well.

The Knicks have also tried to pair Toppin with Randle more this season, and the early returns are good. The two had a plus-5.0 net rating in the 39 minutes they played together last season, which is good, but nothing on the plus-21 net rating the pair has amassed in the 31 minutes they’ve played together heading into Friday’s action.

Obviously, 31 minutes isn’t near enough to draw concrete conclusions about the feasibility of the two players together. There will be defensive questions whenever they are playing together, and the Knicks haven’t been as good in that area so far this year, so Thibodeau may be reluctant to give them too many minutes together.

But seeing if the two can coexist is a crucial piece of information the Knicks need to find out. Toppin is improving as a player, and his impact will have a hard ceiling on it if he can’t be on the floor with the team’s best player.

If he can continue to leverage any offensive advantage into a free throw or easy basket, Randle and Toppin just might score enough together to make the pair palatable even for the defensive-minded Thibodeau.