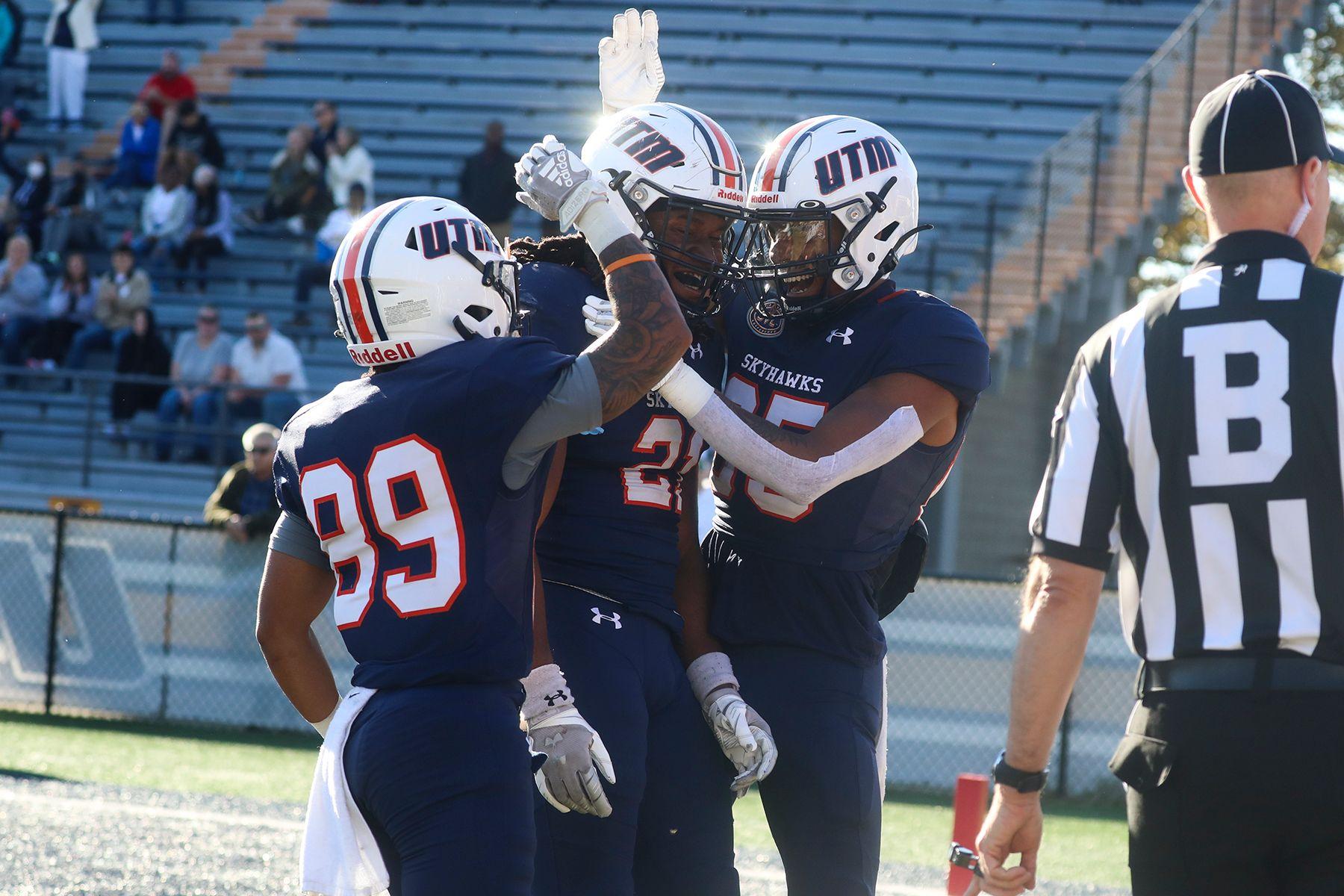 The reigning Jerry Rice Award winner set school records with 610 passing yards and seven touchdown passes as UIW beat then-No. 6 Southeastern Louisiana 55-52 in an epic Southand game which also featured reigning Walter Payton Award winner Cole Kelley throwing for 647 yards. Ward’s final TD pass was a 24-yard game-winner to Robert Ferrel with 25 seconds left. He completed 34 of 52 passes with one interception while passing for the ninth-most yards ever by an FCS quarterback.

It was fitting how UAPB protected a 33-26 lead against Grambling State in the final two minutes: Fuller intercepted a pass at the Golden Lions’ 4 and returned it 95 yards to the Grambling 1, from where they ran out the final 1:21 of game clock to end an eight-game losing streak. Fuller had eight pass breakups as well, giving him nine passes defended to tie the FCS single-game record (Montana’s Anthony Goodwin, nine versus Portland State on Oct. 5, 2013). Fuller also had five solo tackles, including a five-yard sack.

Bohlken was a big weapon in a defensive battle as Illinois State upset Northern Iowa 17-10 in overtime in the Missouri Valley Football Conference. He punted 12 times for 516 yards, the FCS season high and a Hancock Stadium record for yards. As part of his 43-yard average, he drew four fair catches and placed four punts inside the UNI 20, allowing the Panthers only 22 return yards. He also picked up a first down for the Redbirds with a 21-yard run on a fake punt.

Pantelis made a variety of big plays in the first half and finished with 205 all-purpose yards and two touchdowns in Yale’s 63-38 win at Brown in the Ivy League. He caught a 27-yard touchdown in the first quarter and scored again in the second when he picked up a teammate’s fumble and ran it in from 21 yards out. He had kickoff returns of 45, 41, 34 and 32 yards – two of them preceded TD drives – and added a five-yard reception.

The Ohio Valley Conference-leading Skyhawks (8-1, 4-0) matched their school record with an eighth straight victory. Quarterback Keon Howard accounted for 199 yards of total offense and three touchdowns, Zak Wallace rushed for 123 yards and two scores, and linebacker John Ford had a game-high 12 tackles with a 75-yard interception return for a TD. Coach Jason Simpson moved within two wins of reaching 100 in his career.