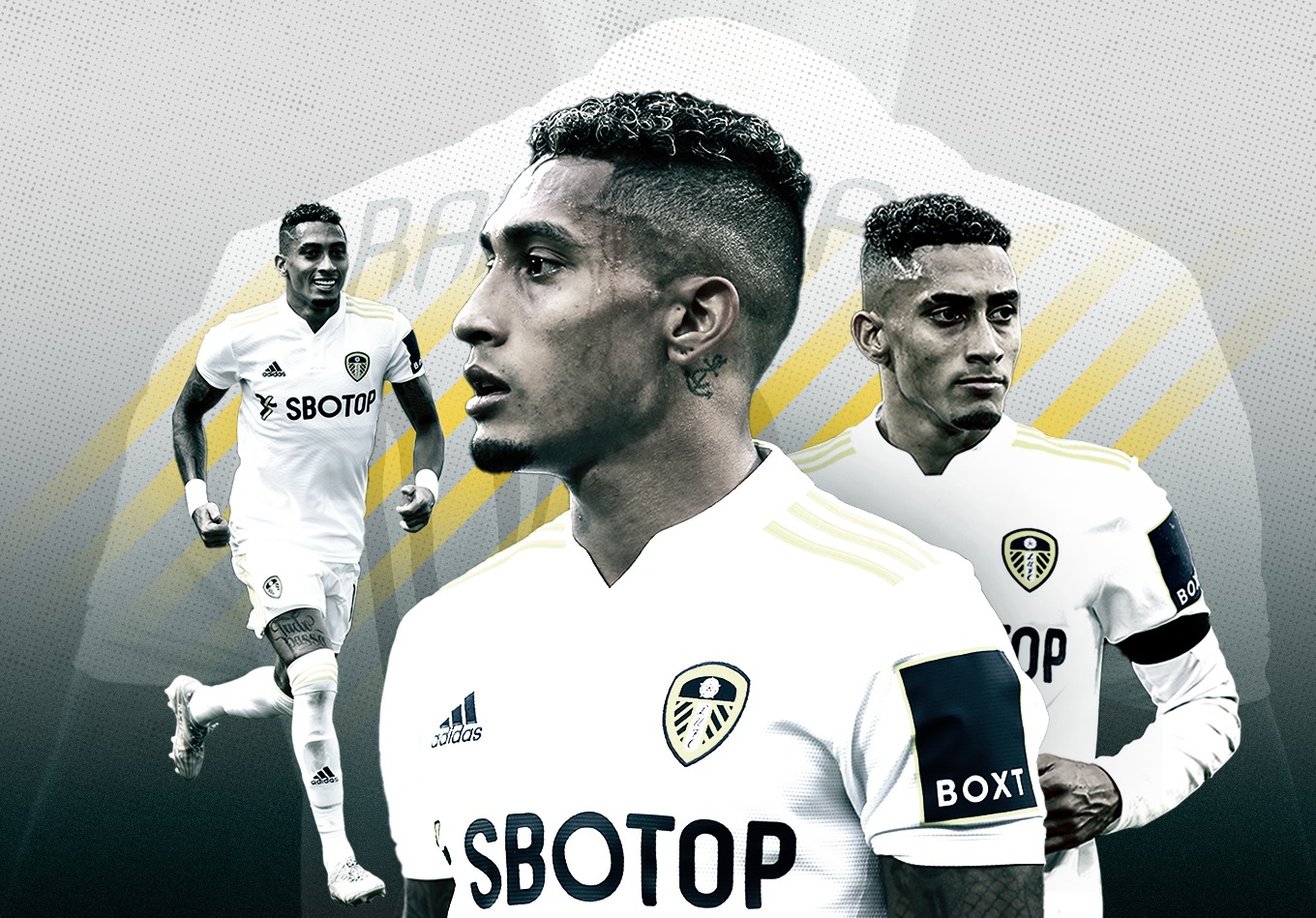 Not many players earn a great deal of autonomy from Marcelo Bielsa, but there are exceptions to the rule:

“As a coach with someone like Raphinha, if I tried to intervene, I would only be a nuisance.”

A year on from the Brazilian’s arrival in Leeds, some things have changed and others have stayed the same. Bielsa’s side are struggling to find points in the Premier League and have suffered a decline in their general performance level, particularly on the attacking end.

Meanwhile, Raphinha has continued to excel on individual terms since his £17 million switch last year and is suffering no such second season struggles. His performances have continued on a steady ascent in fact, culminating in his explosion onto the international scene for Brazil in October. Raphinha was directly involved in four goals (two goals, two assists) in 145 minutes of play for Tite’s side, including a brace against Uruguay in his first start for the national team.

Suffice to say that in the short-term, Leeds need everything they can muster from Raphinha. In the long-term though, the 24-year-old is still pushing towards the ultimate version of himself as a player, which undeniably puts him in the capture range of Europe’s elite. Regardless of where Leeds finish this season, his trajectory as a footballer is currently on a much quicker path towards the top of the game than the Whites are as a club.

But what makes him so good?

A tricky Brazilian winger who makes his way onto highlight reels with nutmegs and long-distance strikes is a social media manager’s delight, and it’s what makes Raphinha one of the most ‘fun’ players to watch outside of the top-flight’s established forces. What is both a boon and a curse for the future of Leeds, however, is that Raphinha is not just spectacle – he’s already playing as if he’s among the elite.

Since making his first start in the Premier League in November 2020, only three players that can be classified as wingers or midfielders have produced more combined non-penalty goals and assists than Raphinha’s 19 in the competition: the illustrious trio of Mohamed Salah (32), Bruno Fernandes (22) and Son Heung-Min (20). The Brazilian’s tally of 19 is made up of a near-even split of 10 goals and nine assists. In fact, during this period, only two players in the Premier League have been able to hit double figures in both categories – perhaps the best player in the world on current form, Salah, and Manchester United’s Fernandes.

Despite Leeds’ difficult start to the season, the underlying numbers behind Raphinha’s production have remained rock steady. Excluding penalties, his per 90 average of 0.49 expected goals and assists is the sixth-best rate among wingers in the Premier League this season (three of the five ahead of him are Liverpool players).

Even with Leeds’ collective proficiency suffering a downturn, it’s been more of the same this season from the Brazilian, something that can’t be said for other recurring members of the team’s offensive unit. For the time being while Patrick Bamford’s season continues to be hampered by injury, Raphinha is almost single-handedly propping up the team’s attack, and without completely monopolising his share of involvement either.

Raphinha has scored 40% of Leeds’ goals in the Premier League this season (four of their 10), yet it speaks to the variety of his attacking talents that his primary strength lies in creation. The winger’s current goalscoring record almost feels like a temporary undertaking; a ‘break glass in case of emergency’ measure in that he’s stepping up to fill the absence of goals when the rest of the team can’t manage it between them. He’s the only Leeds player to have scored more than one non-penalty goal in the Premier League this season.

Since his first start in the Premier League last November, he ranks joint-fourth for total assists (nine) and third for expected assists (8.9) in the competition. As an average of his minutes played, Riyad Mahrez (0.34) is the only winger with a higher rate of expected assists per 90 than Raphinha (0.26). It’s also the variety with which he’s able to generate opportunities that makes him Leeds’ golden goose; the source that they keep going back to during games. The Brazilian is a gifted ball carrier who can face opponents up one vs. one, who can hurt opponents with passes from deep and his deliveries into the penalty area generate frequent danger.

He also moves… a lot.

The legendary Johan Cruyff once said: “It is statistically proven that players actually have the ball for three minutes on average. So, the most important thing is: what do you do during those 87 minutes when you do not have the ball? That is what determines whether you’re a good player or not”.

While the numbers may have changed over the years, that principle will never fade. Even the great teams of European football are characterised by what their attacking players do without the ball at their feet. In his autobiography “My Turn”, Cruyff built on his earlier thoughts by adding “it isn’t the man on the ball who decides where the ball goes, but the players without the ball. Their running actions determine the next pass.”

Raphinha is, quite simply, a demon without the ball. He is averaging more sprints per 90 minutes played than any other player in the Premier League this season (29.6), and by quite a margin to any other winger. At the same time, he leads the league in runs into the final third per 90 that are targeted with passes from a teammate (eight).

The Brazilian is a stand-out player in the league for his ability to repeat these high-intensity efforts of movement off the ball, which has significant repercussions on the styles of play with which he’s able to fit into. While he’s a gifted creator against defensive units that are designed to be broken down, his physical attributes and willingness to run without the ball make him an ideal weapon for transitioning from defence to attack, as well as attacking after recovering the ball through pressing.

It’s this combination of attributes that Marcelo Bielsa referred to when discussing Raphinha’s impact at the start of the season. “It’s his explosiveness and his speed, his repetitions and quick physical responses…” Bielsa said. “On top of that, he sustains the effort without any problems. Players with those conditions, there are many in the Premier League. What there are very few of are the players with the talent that he has with his feet, that he has to resolve a situation.”

In carrying out his duties as the primary spark of this Leeds United team, Raphinha’s time at the club so far has also simultaneously been a demonstration of the talents that are sought-after by the clubs hunting at the top of European football. Put simply, there just aren’t many wingers of his age that have the aforementioned attributes – and have shown them over an extended period – who haven’t yet been plucked by Champions League-level clubs. His performances make the issue of his long-term future an unavoidable topic, but in the meantime, Leeds will hang on every touch of the most talented player to pass through Elland Road in many years.