Libertadores 2021: The Final Chapter | The Analyst 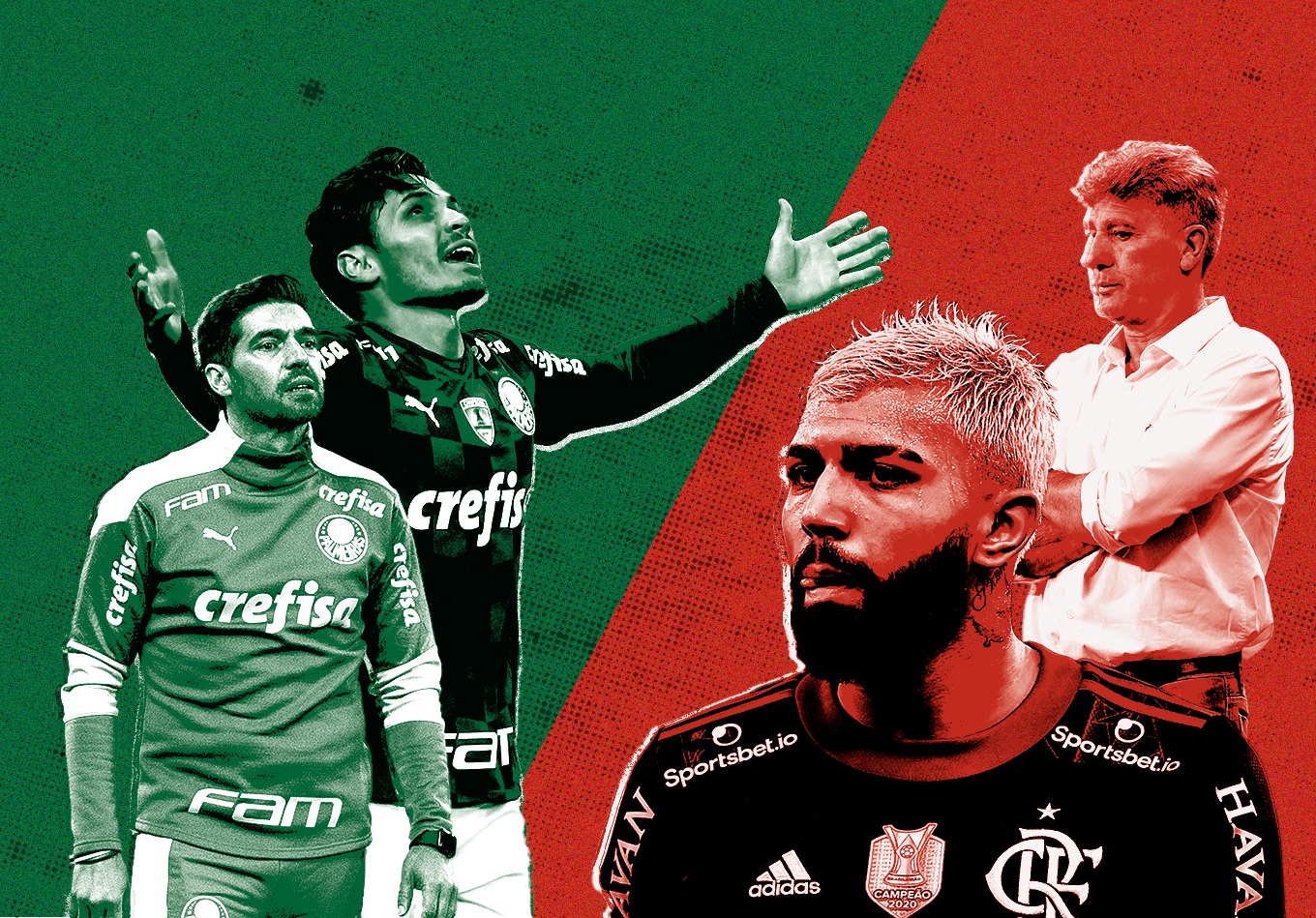 Flamengo and Palmeiras will battle it out for the 2021 CONMEBOL Libertadores final on Saturday, in what is only the fifth final to contain two teams from the same country in the history of the tournament. Four of those saw an all-Brazilian game, with the most recent final ending happily for Palmeiras against Santos last season.

The 2021 edition takes place at the historic Centenario Stadium in Montevideo, a ground in which Flamengo have good memories. They won their first Libertadores title there, beating Cobreloa 2-0 in a tie-breaking playoff back in 1981.

It’s not been a happy hunting ground for Palmeiras however. They lost the first leg of the 1961 final to Peñarol at the Centenario Stadium, and then went on to lose the title after a draw at home in the second leg. 1968 was no better, losing the tie-break to Estudiantes in the final at the same venue.

The 2021 final is the first in Libertadores history to feature the winners of the previous two tournaments. Flamengo won in 2019, with a Gabigol brace inspiring them to a late comeback against River Plate, while Palmeiras won the 2020 title with the latest goal ever scored in a final of the tournament after Breno Lopes found the back of the net in the 99th minute against Santos. Both players remain in the two squads fighting for the title in 2021, and will hope to be their side’s heroes yet again.

The Road to the Final

Flamengo remain undefeated in the 2021 Libertadores Cup. They will be aiming to repeat 2012’s Corinthians, who remain the only team to win the title while going undefeated in the current format of the tournament. That said, Flamengo’s unbeaten run in the group stage (W3 D3) wasn’t enough to keep manager Rogério Ceni in his job. His side’s performance in the national league together with a series of internal problems led to the dismissal of the ex-goalkeeper and the hiring of Renato Gaúcho, who won the tournament as a player in 1983 and as a coach in 2017, both with Grêmio.

Palmeiras had a similar change in their title-winning campaign last season, with Abel Ferreira replacing Luxemburgo after the group stage. The Portuguese coach had an immediate impact, taking the team to their second Libertadores title. Ferreira has maintained Palmeiras’ high standard, leading Verdão to the second-best campaign in the group stage of 2021, and now he has the chance to be the first European manager to win two Libertadores titles.

Flamengo have been heavily reliant on the attacking duo of Gabigol (10) and Bruno Henrique (six) to supply their goals. Together the pair have scored half their teams’ goals. In fact, such is the concentration of their firepower that their 32 goals in total are only spread between nine different players. That’s in stark contrast to Palmeiras, who have Rony as their top scorer with six goals and a far more distributed contribution: 14 different players have scored at least one goal over the course of the season.

Both teams rank in the middle of the pack for shots per game, with Flamengo attempting slightly more (14.1) than Verdão’s 12.7. But crucially, both sides make these shots count. Flamengo land 6.5 shots on target per game (third-best in the competition), with Palmeiras ranked ninth at 5.5 per game, while only four teams have a better xG per shot than Flamengo’s 0.15.

The Ascent to the Very Top

Gabigol was the hero of Flamengo’s victory in 2019. Not only was he the top scorer, but he scored twice in the final, the first in the 89th minute and the second five minutes later, to make it 2-1 for Flamengo against River Plate.

The Brazilian forward will be looking for more of the same this year. He’s already the tournament’s top scorer with 10 goals scored in 12 games and recently surpassed Zico as Flamengo’s top scorer in the Libertadores. He’s well on his way to becoming the highest-scoring Brazilian in the history of the tournament.

Aided by his teammate Bruno Henrique, who is also on the verge of surpassing Zico, Gabigol has landed the most shots on target (21) in the tournament so far, despite ranking only third for the most shots (37, tied with Miguel Borja and four behind leader Hulk). The striker is outperforming his expected goals tally (10 goals scored from an xG total of 8.5) and has also chipped in with four assists. He’s a massive reason why Flamengo are the top-scoring team in the tournament (32).

From the Stands to the Turf

Raphael Veiga’s relationship with Palmeiras started at the old Palestra Itália Stadium, where as a young boy he was taken by his father to watch the green and whites. Little did that boy know that he would one day grow up to be one of the core players in a Palmeiras team on their quest to win their third Libertadores title.

Veiga was one of the co-stars in the squad that won the Libertadores title for Verdão last season but has since taken a leading role in the team. Since the arrival of Abel Ferreira, Raphael Veiga has been Palmeiras’ top scorer in all competitions (27 goals in 80 games).

As well as goals, Veiga also excels in a creative role in midfield, creating more opportunities (14) for his teammates than any Palmeiras’ player in the Libertadores 2021. Another stat that demonstrates the importance of Veiga in the heart of midfield is his ability with the ball at his feet. He’s carried the ball for a total of 728m in the knockout stages so far, the fifth-highest total of any player.

Both Palmeiras and Flamengo had benefitted from goalkeepers in inspired form in the 2021 Libertadores. According to our expected goals on target model, Weverton and Diego Alves have the highest goals prevented tallies of all ‘keepers in the knockout stages.

Weverton has been aided by a solid defence in front of him. Across the second leg of the quarter-finals and the first leg of the semis, Palmeiras didn’t concede a single shot on target. It was the first time the Verdão shut down their opponents in two consecutive games in the Libertadores since their return to the continental tournament in 2016. Of course, every great goalkeeper needs a bit of luck, and Weverton had his share when Hulk’s penalty hit the woodwork at the Allianz Parque in the first leg of the semi-final.

Diego Alves was responsible for making things look easy for Flamengo in the semi-final. The aggregate score of 4-0 tells a story of superiority, and indeed Flamengo played better than Barcelona, but in the first leg, Diego Alves made two crucial saves in the opening ten minutes when the game was 0-0 that had an accumulated xGOT of 0.59. In the return leg, the ‘keeper also made a sharp save in the sixth minute from a shot worth 0.13 xGOT, before Flamengo opened the scoring.

The first encounter between Palmeiras and Flamengo in the history of the Libertadores will be fiery. The ingredients for a historic game are all there: a long-term national rivalry, two managers that have won the tournament recently, the last two champions of the Libertadores and players desperate to be the hero to millions of supporters.