The Fall of King Henry: Is It Time for Tannehill and Brown to Reign? | The Analyst 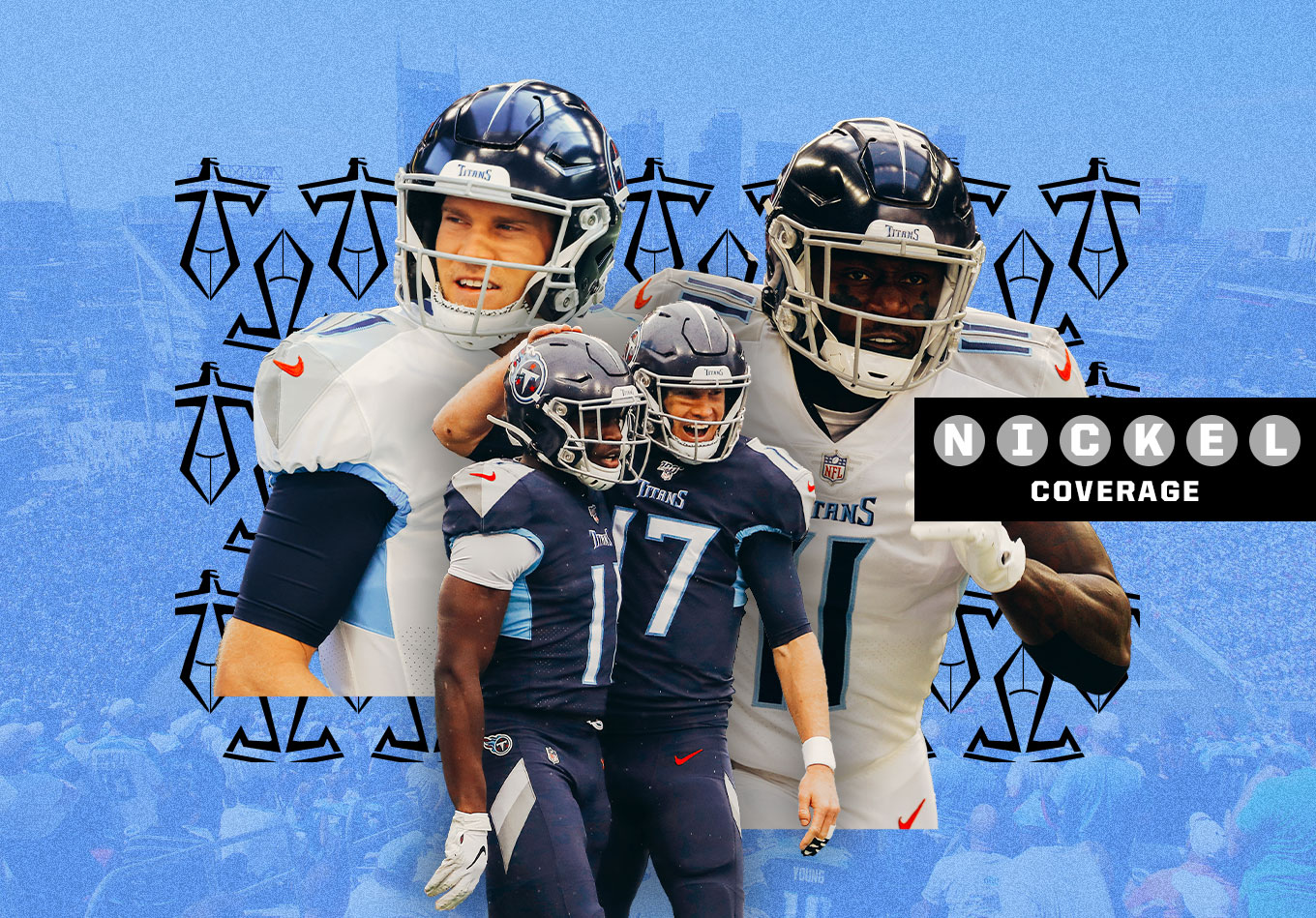 The Fall of King Henry: Is It Time for Tannehill and Brown to Reign?

A lot has gone right for the Tennessee Titans in 2021.

With three straight wins, two against the supposed class of the AFC in the Buffalo Bills and the Kansas City Chiefs, and a 6-2 record, they can afford to feel extremely positive about the season to date.

But if anyone in Tennessee was plotting a deep playoff run akin to the Titans’ unlikely charge to the AFC championship game back in the 2019 season, a huge wrench has just been thrown in those plans.

Indeed, the Titans must now deal with a significant piece of adversity following the news that Derrick Henry suffered a foot injury in their Week 8 victory over the Indianapolis Colts that could keep him out for the rest of the season.

There is some hope Henry could return at some point this year, but the reality is that they will be without the clear focal point of their offense for the majority of a run that will determine their playoff seeding after taking a commanding three-game lead in the AFC South.

Gone are Henry’s hopes of breaking Eric Dickerson’s single-season rushing record, though his absence does not necessarily mean the end of the Titans’ hopes of seriously contending in the AFC.

While the Titans have piled much of the offensive burden on a running back who has 288 more rushing yards than any other in the NFL, there has been enough evidence from Ryan Tannehill to suggest he can handle the increased pressure not having Henry will bring.

And his connection with a third-year receiver living up to his burgeoning reputation may help him do that.

Tannehill’s performance in Sunday’s dramatic 34-31 overtime win over the Colts was not his finest. He was intercepted twice in the first half, his first setting up Indianapolis’ second touchdown to put the Colts 14-0.

The second pick was fumbled back to the Titans on the return, and Tannehill took advantage of that reprieve by leading the Titans down the field to tie the game. From that point on, he was largely in rhythm, displaying timing and accuracy that was reflected by his well-thrown percentage from Week 8.

Tannehill delivered a well-thrown ball on 84.4% of his 33 attempts, which is not a surprise given he has excelled throughout the season at producing on-target throws. Among quarterbacks with at least 50 pass attempts, only Joe Burrow (84) of the Cincinnati Bengals has a superior percentage of well-thrown balls than Tannehill (82.9).

With his 7.95 air yards per attempt below the league-wide average of 8.19, Tannehill may need to get more aggressive to help Tennessee record more explosive plays minus the services of a back in Henry who leads the NFL with 20 rushes of 10 yards or more in 2021.

Yet when he is in a groove, Tannehill can be a difficult quarterback to slow down, especially when his top receiver is performing at his highest standard.

The Titans did not have Julio Jones against the Colts, but his absence was ultimately immaterial as A.J. Brown emphatically rose to the challenge of replacing his production in a monstrous showing.

Brown finished with season highs in catches (10) and receiving yards (155) and galloped in for a 57-yard catch and run that tied matters in the second quarter, demonstrating his upside by shrugging off a weak tackle attempt from Xavier Rhodes and surging down the sideline and into the end zone.

Brown’s chemistry with Tannehill was evident throughout an undulating contest, and he proved nearly impossible to stop on the slant route, getting open on 90.9% of his targets.

While Brown appears to be coming into form, the Titans will need more from Jones after trading for the former Atlanta Falcons star in the offseason.

Jones is producing a burn, which is when a receiver wins his matchup on a play where he is targeted, on 59.3% of his targets, below the average of 60.8 for receivers (min. five targets) this season.

With the safety net of Henry gone, the Titans will likely need to lean on the passing game more to allow them to set up running opportunities against two-high safety defenses with lighter boxes designed to stop the aerial attack.

The Titans do not require Jones to separate to the extent Brown did against Indianapolis, but more consistency in beating defenders from the seven-time Pro Bowler is a must if Tennessee’s offense is to excel without Henry against defenses of the standard they will face in Week 9.

The credentials of the Henry-less Titans will be tested sternly right off the bat, as they travel to take on a Los Angeles Rams team that just received a huge boost to their defense.

On Monday the Rams struck a deal for three-time first-team All-Pro Von Miller, who leads the league in sacks since 2011 with 110.5 and is still performing at an elite level at the age of 32.

Miller joins Aaron Donald on the Rams’ defensive front, giving Los Angeles two players who feature in the top four in adjusted pass rush win percentage. Heading into Week 8, Donald led the way with a stunt-adjusted win percentage of 60.2, while Miller was fourth on 47.1.

That duo now gets to face a Titans offensive line that went into the week ranked 30th in pass protection win percentage. Tannehill, therefore, should expect to come under plenty of fire in this primetime road game, meaning he will need to get the ball out quickly to negate the pass rush.

His snap to release time of 2.59 seconds is quicker than the average of 2.65 seconds, but a significant part of his potential success in maintaining that will be receivers expediently gaining the separation to give him the confidence to let rip with those quick-game throws that can keep him in rhythm.

That may be a tough ask against a secondary featuring an All-Pro corner in Jalen Ramsey who, prior to Week 8, had lost just six of his 70 coverage matchups.

But when Brown and Jones are both are healthy, the Titans have the receiving weapons to lean on the pass-catchers who do not draw Ramsey’s coverage.

Tennessee’s success in exploiting the matchups where the Titans have the advantage will play a critical role in deciding who wins the meeting with the Rams. The trip to Los Angeles figures to serve as an excellent barometer of where the Titans are without Henry, and it is the play of Tannehill, Brown and Jones that will determine how much of a threat they can be without their most feared weapon.