How Eddie Howe Can Halt Newcastle's Slide Before January 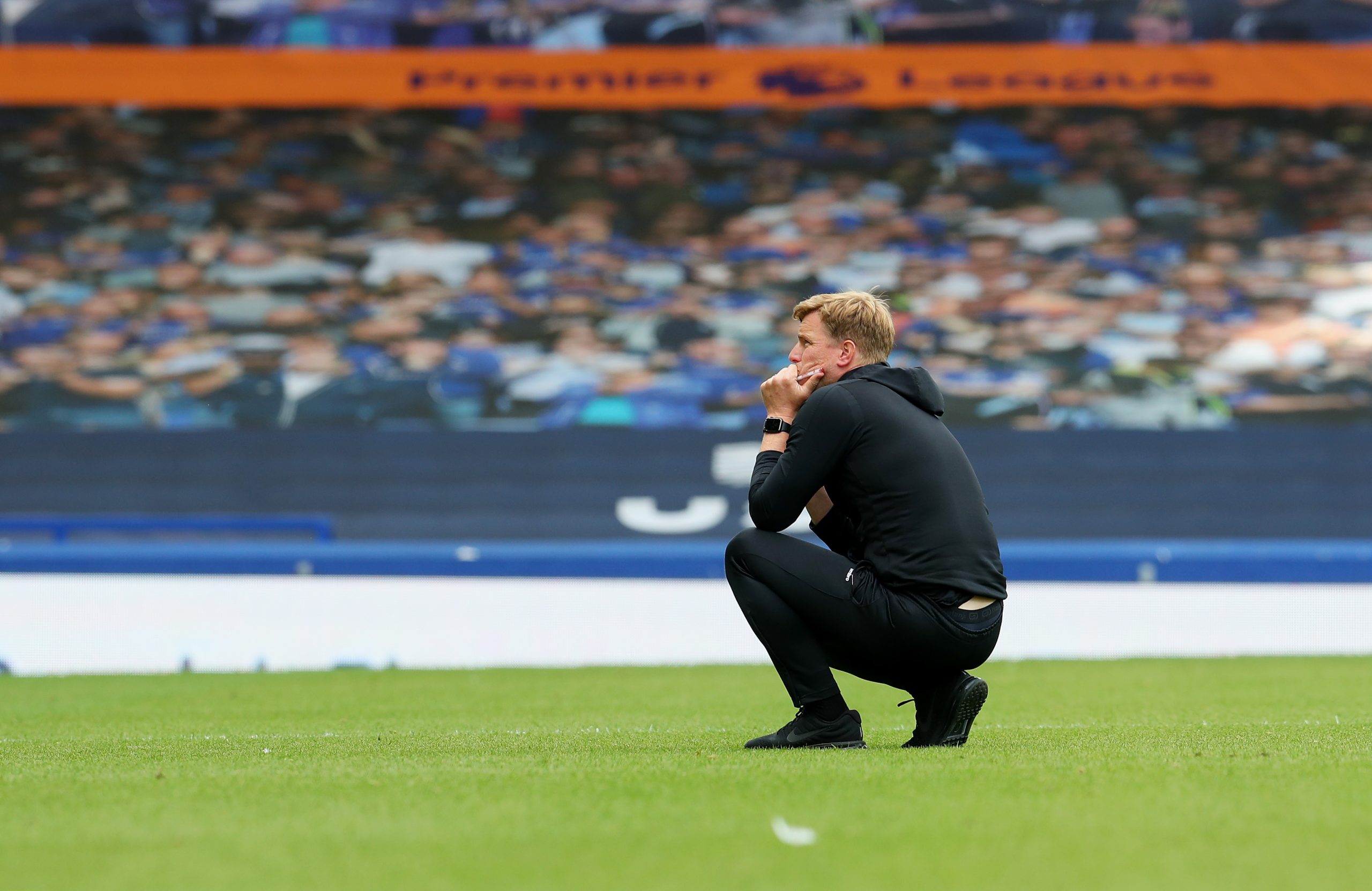 Newcastle United have plenty of money but also plenty of problems. They hope Eddie Howe can be the man to fix them.

The excitement around Newcastle United’s lucrative takeover has died down, with the world’s richest football club now facing a relegation scrap.

Newcastle have endured the worst start to a league season in their history after Saturday’s 1-1 draw at Brighton and Hove Albion extended their winless run to 11 matches.

Second from bottom and five points from safety, talk of January moves for Philippe Coutinho, Ousmane Dembele or Marc-Andre ter Stegen – part of a Barcelona squad reportedly ripe for the picking – must wait.

Expectations have also been tempered in the coaching arena. Antonio Conte, Erik ten Hag and Unai Emery were all mooted targets. Emery even held talks with Newcastle’s owners. Instead, Eddie Howe is the man in charge.

Howe, whose arrival at St James’ Park on a contract until the end of 2023-24 was confirmed last Monday, is a highly respected coach but was last employed by Bournemouth in 2020, at the wheel as they were relegated from the Premier League.

Crucially, though, Howe also knows a thing or two about beating the drop. He kept Bournemouth in the top flight for four seasons before that fateful final campaign and had rescued the club from demotion out of the Football League more than 10 years earlier.

The 43-year-old will expect financial help in the transfer window, but Newcastle first have several areas of concern to address if they are to reach January still in touch.

The biggest worry around both Newcastle and Howe relates to their defensive records.

Only Norwich City (26) have conceded more goals than Newcastle (24) this season, while the Magpies’ opponents have had a league-high 21.6 expected goals. That back line clearly needs attention.

But Howe’s Bournemouth conceded at least 61 goals in each of their five seasons in the top flight, making him far from an obvious candidate to address Newcastle’s biggest need.

There is a lack of quality options within that defence, but Graeme Jones, the interim coach who has taken a role on Howe’s staff, has attempted to stem the tide during his short reign as the main man.

At odds with the more aggressive pressing approach Howe is likely to adopt, Jones’ side sat deep. Across games against Crystal Palace, Chelsea and Brighton, Newcastle had the highest PPDA (an incredibly passive 22.6 opposition passes per defensive action allowed) and the second-deepest average starting position (just 37.5 metres from their own goal) in the league. The Magpies still conceded five times and earned only two points.

Breaking down pressures by thirds, and you find that Newcastle have the highest proportion of pressures in their defensive third and lowest proportion in the attacking third of any team in the Premier League.

Regardless of what changes Howe makes at the back – and there have to be changes – those in front also require greater coordination.

In Sean Longstaff (52.9), Joe Willock (49.9) and Miguel Almiron (49.7), Newcastle have players who rank first, fifth and sixth among central midfielders for pressures per 90 minutes this season. Their haphazard pressing, lacking any clear cohesion, has succeeded only in leaving gaps behind them, however.

Neither Longstaff nor Willock featured at Brighton, while Almiron played on the right flank and was taken off after 74 minutes.

The pressure on Newcastle’s defence would be relieved by an ability to keep the ball for any extended period. Their average possession of 37.3% is comfortably the lowest in the division this season.

But that is nothing new. Newcastle have ranked in the bottom three in this regard in each season since they were promoted in 2017.

“We hopefully have nudged it along a little bit this week,” Jones said before the Brighton game, where Newcastle had just 34.1% of the ball. “You can’t go from how we played against Chelsea and Crystal Palace to being Barcelona overnight. It’s impossible, so it needs to be small steps.”

Howe, Newcastle will hope, should be able to help with those steps. Since Bournemouth were first promoted, only Leeds United last season (57.8%) have averaged more possession in their first year in the Premier League than the Cherries in 2015-16 (51.1%).

Concerningly, though, having held steady into a second season, Bournemouth’s possession figures then dropped with each campaign until they were relegated with 43.4% of the ball.

Howe will have to enact serious change and this time maintain those standards over a longer period.

Having more possession should fit hand in hand with getting Newcastle’s dangerous attacking players on the ball more often. Callum Wilson and Allan Saint-Maximin have too often been isolated.

The certainty of a full-time appointment should at least allow Newcastle to settle on a system that suits both players after drastically shifting their approach following each miserable run of Steve Bruce’s tenure. Tactical flexibility, as Howe should show, is one thing. Having no proven plan to fall back on is another.

Even with Newcastle struggling, Wilson has managed to score 16 goals since the start of last season. Among the 14 players to net 15 or more in that time, only Mohamed Salah (127), Harry Kane (163) and Dominic Calvert-Lewin (164) have averaged fewer minutes per goal than the Magpies’ number nine (167).

“A fit Callum Wilson is as good as anybody in the Premier League,” Jones says.

Of course, Howe has experience with Wilson and with Ryan Fraser, both of whom he brought to Bournemouth.

Under Howe in 2018-19, Wilson and Fraser combined for 12 Premier League goals – at that time, the second-most of any duo in the competition’s history in a single season, behind Alan Shearer and Chris Sutton (13 in 1995-96).

If Howe can help the pair reprise that form and build some sort of platform behind them, Newcastle should yet have enough to survive.