Five Reactions to the 2021 FCS Playoff Pairings | The Analyst 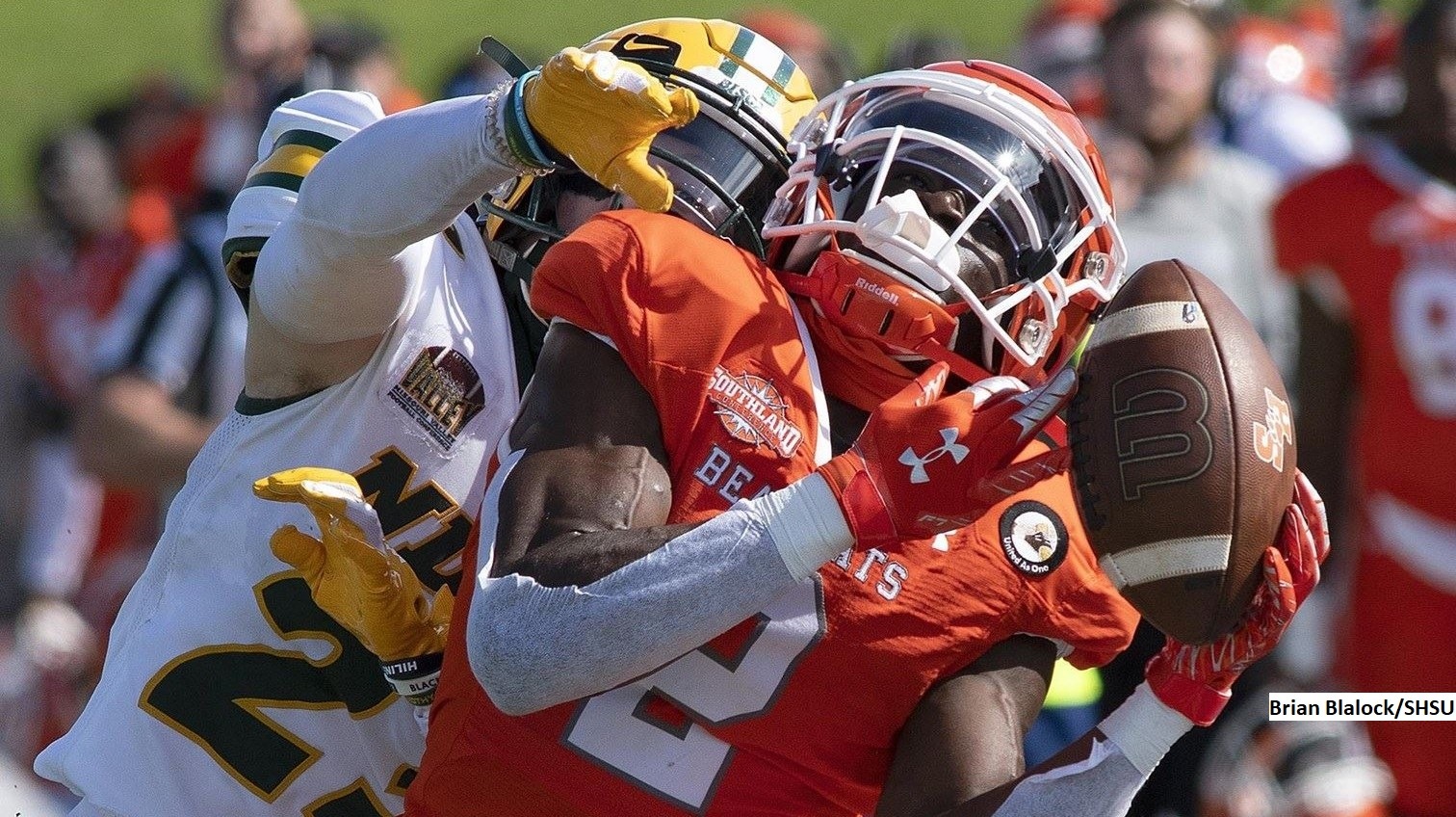 The 2021 FCS playoffs are more than just the postseason version of the Big Sky-MVFC Challenge that occurs during the regular season, although it could be mistaken for it.

The Missouri Valley tied the all-time conference high with six qualifiers (CAA in 2018) and the Big Sky earned five bids, the most in its history.

However, two of the top three seeds in the 24-team field come from the one-year AQ7 (defending national champion Sam Houston) and CAA Football (James Madison). Those two teams, who would be making their final playoff appearances if their FBS-bound programs go above FCS-level scholarships next year, are part of a larger group of teams that seem to have an edginess about needing to prove something this postseason.

The Road to Frisco (Texas) begins with the first round on Saturday.

Here are five reactions to the pairings followed by the 2021 playoff schedule:

Home is where the Frisco tickets get punched

It’s not surprising Sam Houston (10-0, Division I-high 21-game winning streak) earned the No. 1 seed for its attempt to go back-to-back under coach K.C. Keeler. The bigger question was going to be which program would be seeded second and guaranteed home-field advantage through the semifinals. North Dakota State (10-1) earned that distinction over James Madison (10-1), which surely had a lot to do with the Bison earning an automatic qualifying bid out of the Missouri Valley and the Dukes going into the field as an at-large selection after losing an AQ tiebreaker to Villanova in the CAA. The teams seeded 1 and 2 have reached the championship game in three of the last four seasons, and, given prior-round upsets in two seasons, nine of the last 10 finalists played all of their games through the semis at home. NDSU has won eight titles in the last 10 seasons, and played only once outside the Fargodome before Frisco – a 24-20 quarterfinal-round defeat at Sam Houston in the spring season.

SWAC is back with Florida A&M

A SWAC team earned a playoff bid for the first time since 1997, and, ironically, if not appropriately, it’s with first-year member Florida A&M, which is 9-1 and on an eight-game winning streak. While the SWAC is 0-19 in the playoffs, the Rattlers have had past success, including winning the first national title in a four-team field in 1978 and then making a two-win run to the 1999 semifinals. They have NFL-level talent on defense with linebacker Isaiah Land (FCS leader in sacks and tackles for loss) and safety Markquese Bell, so they should provide a first-round test for Southeastern Louisiana quarterback Cole Kelley, who’s followed up his Walter Payton Award-winning season in the spring with even stronger numbers in the fall.

Unseeded Eagles soar into a storm

Who did Eastern Washington annoy (yes, that’s kind) at the NCAA? Not only were the Eagles (9-2) the odd team out when it came to shoehorning nine teams into the eight seeds, but the Big Sky power – ranked fifth nationally – was placed in the mini-bracket of death. All-America quarterback Eric Barriere and Co. will play in the first round against a seasoned Northern Iowa squad that has the highest strength of schedule in the Massey Ratings among playoff teams (wins at No. 4 seed Sacramento State and South Dakota State plus over playoff qualifier Southern Illinois). EWU is 1-6 in the all-time series, but if it survives the test, it will then travel to rival Montana – a team that seeks a revenge win from the regular season – in the second round.

The CAA gained only two qualifiers (Villanova and James Madison) for the first time in a playoff above 16 teams (the 2010-19 seasons). Rhode Island would have made the field with a win on the final day of the regular season on Saturday, and William & Mary was in the at-large picture, but both teams suffered defeats. Similarly in the Southern Conference, Mercer, Chattanooga and VMI lost games to all but deliver a knockout blow to a conference that hoped to match its all-time high of four qualifiers (2016). Seventh-seeded ETSU went into the field with the automatic qualifier, but that was it.

It’s possible the last two championship game matchups could occur in the semifinals with Sam Houston hosting South Dakota State and 2019 champ North Dakota State hosting James Madison. It just so happened they were the top four teams in our preseason rankings, so let’s stick with our preseason prediction of James Madison winning the national title under coach Curt Cignetti.